Ben David, the pedophile who cleaned his tracks to work as a teacher in Madrid, sentenced to 138 years

Ben Lewis erased his entire past six years ago: he cleared his criminal record, changed his name and left his country, England, to move to Spain. 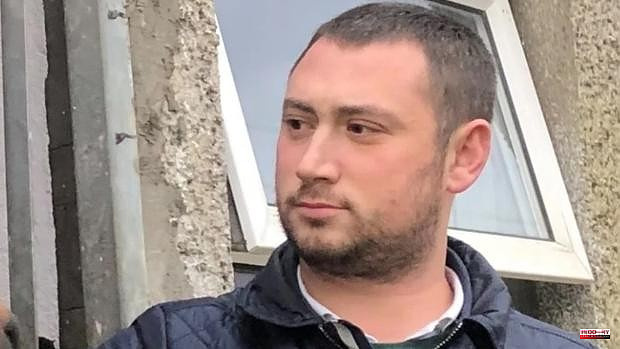 Ben Lewis erased his entire past six years ago: he cleared his criminal record, changed his name and left his country, England, to move to Spain. In June 2016, after two years in prison for recording minors at a Watford school, the trail of him evaporated. Ben Lewis ceased to exist and Ben David Rose appeared on the map. New identity –keeping only the first name–, new destiny, but same intentions: to give rein to his instincts as a sexual predator.

The Police hunted him down after five years working as an 'au pair' and teacher in Zaragoza and Madrid and, now, the Provincial Court sentenced him to 138 years in prison. The judges consider him responsible for eight crimes of child pornography, a crime against moral integrity, 32 crimes of discovery and disclosure of secrets and a continued crime of forgery of official documents. At the end of serving the sentence, the judges have imposed the measure of probation for eight years

, time in which you must participate in sexual education programs. In addition, he will have to compensate the parents of the minor victims of his crimes with amounts ranging between 6,000 and 3,000 euros.

During the trial, held behind closed doors due to the privacy it required, the magistrates considered it proven that Ben David, from mid-2016 to 2018, took advantage of his work as an 'au pair' and English teacher for the minors of two families (first in Zaragoza and then in Madrid) to satisfy their sexual desires. The now condemned man photographed the naked minors in his care and his friends "with evident disregard for his integrity" and distributed the images and recordings.

In the seized material, after an alert from the Queensland Police Service (Australia), snapshots of their sexual organs are included approaching minors, without touching them, while they are entertained with video games. "In no case – as stated in the sentence – has it been proven that the convicted person has sexually abused minors."

After residing with these two families, he was hired until 2019 as a teacher at a school in Madrid, where also taking advantage of the fact that he was alone in class with the underage students, he recorded videos and took photographs of the victims focusing on their intimate clothing and, in other times, putting the camera up her skirt.

In the sentence, the magistrates conclude that "from the results of the videos and recordings, in the three areas where they were made (the two homes and the school) it can be inferred without particular difficulty that Ben David used electronic instruments both for the recording or photographs, such as for storage'. In addition, the arrests were made distracting the minors, inadvertently and taking advantage of the situation that he held as a teacher and caregiver. It has also been proven that, with the intention of not telling the truth, David presented false documentation in order to be able to work as a native English teacher at the educational center.

1 The PP requires the Generalitat to appear in person... 2 Milagros Tolón, declared persona 'non grata'... 3 UCO experts confirm the diversion of funds in Imelsa... 4 Isolated the first patient suspected of having monkeypox... 5 New night bus service in Valencia to Manises, Quart... 6 The author of the Uvalde massacre was at the school... 7 The threat of acute childhood hepatitis returns to... 8 Ecclestone, arrested and released for weapons possession 9 The Generalitat Valenciana changes the date of an... 10 Moreno calls the accusations in the Titella case "ridiculous"... 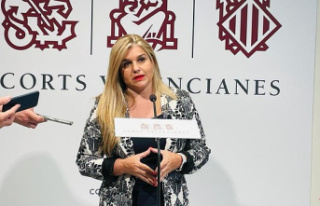 The PP requires the Generalitat to appear in person...