Russia has fired more missiles in the Ukraine war than in any other conflict since World War II, a record, which would not be giving Moscow the expected result, according to new data obtained by Newsweek. 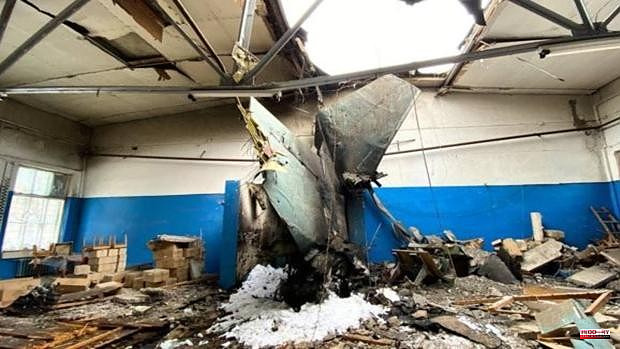 Russia has fired more missiles in the Ukraine war than in any other conflict since World War II, a record, which would not be giving Moscow the expected result, according to new data obtained by Newsweek.

"Just think of this terrible figure: 2,154 Russian missiles hit our cities and communities in just over two months," Ukrainian President Volodimor Zelensky said last week. "Russian bombardment of Ukraine does not stop day or night." But this bombing campaign has done little to help Putin win the war.

Furthermore, Russia's dubious world record in the accumulation of missile strikes comes as President Zelensky announced that his country destroyed its 200th Russian aircraft, an embarrassing result for an air force that is 15 times the size of Ukraine's.

"The Russian Air Force still shows no signs of waging a campaign that will gain air superiority," says retired British Air Marshal Edward Stringer. "Campaign" in this context means a methodical effort to destroy Ukraine's air defenses, in particular the communication and early warning routes that are needed to signal surface-to-air missiles and let defenders know when and where they are coming from. the airplanes.

"Get control of the skies to protect soldiers from air strikes," says a senior retired US Air Force general who oversaw the US air wars in Iraq, Kosovo and Afghanistan. After 48 hours of attacks on Ukrainian air defenses in the opening salvo of the war, Moscow appeared to give up on this requirement.

The Russians attacked airfields and air defense sites in the first two days, but mostly did not follow up. Ukraine's small air force was largely on the ground, but kyiv was given a chance to adapt, especially in its dispersal of air defense missiles, particularly shoulder-fired ones. This created what Stringer calls "the poor man's air superiority."

Russia flew fewer and fewer bombers past its own military's front lines, just over 10 percent of the total number of sorties flown, according to US intelligence figures examined by Newsweek. Long-range strikes against so-called "strategic targets" continued, but were carried out by a combination of air-, sea- and land-launched missiles.

The Russian air force is largely a complement to ground forces, supporting ground commanders in their missions, rather than an independent entity with a doctrine and strategy to support broader war goals outside the battlefield. . Russia has a bombing force, one that goes beyond the battlefield to hit "strategic" targets (military headquarters and bases, industrial capabilities, oil and electricity, and the transportation network), but it has failed to develop a weapon. relatively low-cost (similar to the US satellite-guided bomb) that you can use in abundance to precisely strike such targets.

"And then there is the question of what are [the Russians] attacking and what are their intentions even when they are successful," a US official told 'Newsweek'. "For a couple of days, it's airfields and air defenses. Then the emphasis shifts to ammunition depots, then to oil, then to factories, then to the transportation network. In each case, we're not seeing effective attacks and we're seeing little to no follow-through. on strikes."

Of the roughly 20,000 sorties the Russian air force has flown so far in the Ukraine war, fewer than 3,000 have entered Ukrainian airspace. Is Russia afraid of Ukraine's air defenses, or is it more of an intentional thing because missiles are supposed to be the predominant weapon and can be fired at long range?

For now, an unintended consequence of Ukraine's air war is doubly disastrous for Moscow. Nobody who can afford otherwise will want to buy Russian weapons in the future. Russia is the second largest arms exporter in the world after the United States, and nothing in the course of the war bodes well for its future in this sector.

1 The judge in the mask case calls the coordinator of... 2 The new POM prepares the city of Toledo to exceed... 3 Ben David, the pedophile who cleaned his tracks to... 4 The PP requires the Generalitat to appear in person... 5 Milagros Tolón, declared persona 'non grata'... 6 UCO experts confirm the diversion of funds in Imelsa... 7 Isolated the first patient suspected of having monkeypox... 8 New night bus service in Valencia to Manises, Quart... 9 The author of the Uvalde massacre was at the school... 10 The threat of acute childhood hepatitis returns to... 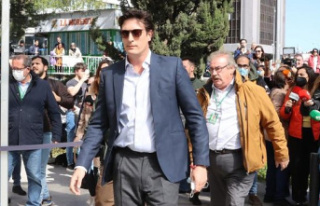 The judge in the mask case calls the coordinator of...