The aluminum factory of Alu Ibérica in La Coruña could go to auction for 75 million euros. 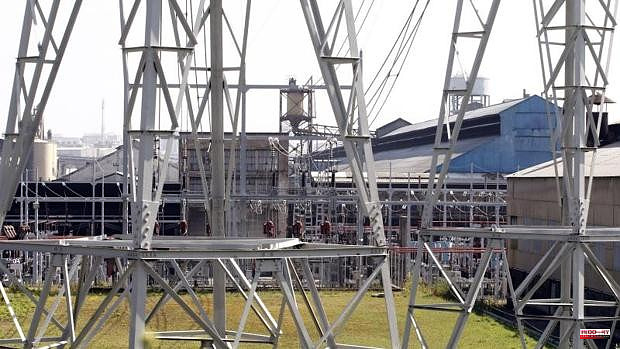 The aluminum factory of Alu Ibérica in La Coruña could go to auction for 75 million euros. This is the price determined by the bankruptcy administrator of the plant, which previously belonged to Alcoa, in the liquidation plan. But the workers, who have already been fired, have filed arguments with the Commercial Court No. 2 of La Coruña to try to reduce the figure. They consider that this would make it easier for the potential investor to relocate the workforce.

In Avilés, the former president of the works council, Juan Carlos López Corbacho, explains to ABC, the price has been much lower, about 40 million euros. The staff estimates that with this amount it should be enough to pay the pending debts left by the former owners, the Industrial Risk Group, investigated criminally in the National High Court in case it acquired the plants of the former Alcoa with the intention of keeping interesting assets, make cash and leave the workers to their fate.

«The different unions and the State Attorney have already made their allegations. What we request and we are all in the same dynamic, is that the level of relocations be prioritized and that the starting price be lowered, which seems too high for what the debt itself is”, indicates López Corbacho.

The unions demand that both the central and regional administrations look for "the best employer who can take charge of the plant" and accompany him in his needs "so that he can relocate as many staff as possible in the facilities." So far, it is unknown which groups could be interested, but in recent weeks there have been visits to the aluminum factory facilities by some investors. “It is time for the central and regional government to give a boost to this situation so that the plant has an industrial path and has maximum employment,” says López Corbacho.

Since May 10, the workers are already in an ERE, but have reached an agreement with Alcoa. The American multinational will pay them up to 60 days of compensation per year worked, in exchange for the unions withdrawing the criminal lawsuits. Alcoa is also listed as investigated in the procedure that Judge María Tardón has opened in the Hearing. Without the agreement, they would only charge the 20 days granted by Fogasa.

CCOO leaders demanded this morning a state pact for the industry before a sector in "permanent crisis". After holding an assembly in La Coruña, a city punished by the loss of the aluminum plant, the General Secretary of Industry of the union in Galicia, Víctor Ledo, and the head of Industrial Policy of the union organization, Gerardo Cortijo, offered a press conference. According to Ep, both demanded that the parties "act" in the face of the industry's loss of weight in relation to GDP. "It does not reach 15%," said Cortijo, comparing this figure with that of 30% a few years ago. In order for their demands to be "heard", they have confirmed the call for a demonstration on June 21 in Madrid.

On the situation in Galicia, Víctor Ledo asked the Xunta to "exercise" its powers in industrial matters. The new regional president, Alfonso Rueda, was asked to create a forum for debate on the industrial situation and a "permanent and sectoral dialogue". He also stressed that the energy transition is "a fact", but insisted that the industry cannot be "ahead".

1 The EU agrees to strengthen the manufacture of weapons... 2 The vindication of water as a strategic good 3 The Supreme confirms the conviction of four civil... 4 The defense of the 'new status' of Urkullu,... 5 Canary Islands reaches ten positives for monkeypox... 6 Rafel Chirivella: «We work to have a regatta of prestige... 7 The TC annuls the agreements of the Parliamentary... 8 Acuaes awards the contract for the purification and... 9 The Spanish guru who left Silicon Valley to become... 10 Protests in Morocco of workers who cannot go to Spain 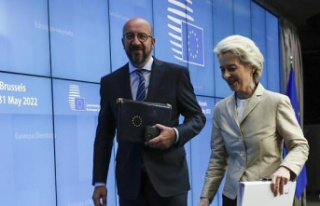 The EU agrees to strengthen the manufacture of weapons...