The Board of Directors of the state trading company Aguas de las Cuencas de España (Acuaes), of the Ministry for the Ecological Transition and the Demographic Challenge, yesterday authorized the award of the contract for the execution of the works and start-up of the sanitation project and purification in Madridejos. 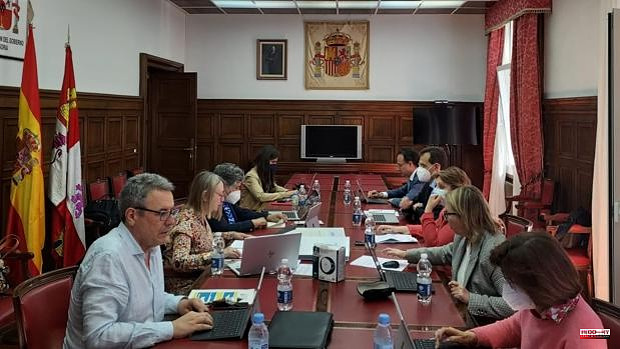 The Board of Directors of the state trading company Aguas de las Cuencas de España (Acuaes), of the Ministry for the Ecological Transition and the Demographic Challenge, yesterday authorized the award of the contract for the execution of the works and start-up of the sanitation project and purification in Madridejos.

A total of 25 companies have submitted their bids, with the U.T.E. Pesa Medioambiente, SAU-Construcciones Sánchez Domínguez-Sando, S.A., for an amount of 7,372,179 euros. The term of execution of the works is 31 months, including the 6 months of start-up.

The joint venture awarded this second contract is formed by the companies Ecosistemas 2000, S.L.- Invenio, Consultores Ingenieros S.L. and Grusamar Engineering and Consulting, S.L.U. - EIC, Civil Engineering Study, S.L. The award amount is 378,762 euros and the term is 31 months.

The works are part of the action 'Sanitation and Purification of Urban Wastewater in the Amarguillo River Basin', whose objective is the development in the municipalities of this area of ​​the necessary facilities to allow the complete treatment of wastewater discharges, contributing to the improvement of the quality of the waters that nourish the Las Tablas de Daimiel National Park. The action includes the expansion of the treatment plant for a population of 28,632 equivalent inhabitants, the construction of a 564 meter long collector and a storm tank with a storage capacity of 2,000 cubic meters.

In addition to expanding the capacity of the treatment plant, the works contemplate the incorporation of the pretreatment processes with roughing, sieving, sand removal and degreasing, two carousel biological reactor lines together with two secondary decanters, chlorination, sludge thickening, dehydration by centrifuge and storage of dehydrated sludge in hopper. The installation is also equipped with a deodorization system using Active Carbon.

The action will be co-financed by the European Regional Development Fund Feder 2014-2020, within the Pluriregional Operational Program of Spain (POPE), according to the agreement of April 12, 2019 and its subsequent addendum of January 21, 2022 between Acuaes and the Madridejos City Council for the execution and operation of the works.

On the other hand, the Board of Directors of Acuaes has authorized the specifications for the bidding for the contract for technical assistance services to the facultative management in the supervision and control of the execution, in the coordination of safety and health and in the supervision and environmental control. of the sanitation and purification works of Quintanar de la Orden.

The bidding budget for the contract is 527,894 euros and the term is 25 months. The action, declared of general interest of the State, is part of the agreement signed on December 18, 2020 with the City Council of Quintanar de la Orden for the execution and exploitation of the works, which will involve an approximate investment of 11 million euros.

The object of the action is to solve the deficiencies and defects that currently present the sanitation and purification systems of the municipality and comply with the directive 91/271/CEE on treatment of urban wastewater, especially in relation to the elimination of nutrients, when the discharge was made to the Tablas de Daimiel declared a sensitive area.

A new treatment plant will be built, which will serve a population of 34,000 equivalent inhabitants, a ormenta tank with a volume of 1,435 cubic meters in the first phase, the Paseo de Colón interceptor collector and the renovation of the aerial section of the existing collector in the Salmar industrial estate.

The construction of a one-kilometer-long outfall is also planned, which will allow the municipality's water evacuation capacity to be doubled, eliminating the collapse of the sewerage network and the episodes of flooding that occur in the lowest areas.

Finally, the landscape restoration of the area occupied by the current treatment plant will be carried out. The works will be co-financed by the European Regional Development Fund Feder 2014-2020, within the Pluriregional Operational Program of Spain (POPE).

1 The Spanish guru who left Silicon Valley to become... 2 Protests in Morocco of workers who cannot go to Spain 3 The Valencian Community reports 3,458 new cases of... 4 The SURNE-Eskarra Trophy Regatta announces the arrival... 5 Milan changes ownership: the sale to the RedBird fund... 6 Kevin Escoffier is already sailing with the new IMOCA... 7 The Basics of Using Online Social Casinos 8 Violence against minors intensifies in López Obrador's... 9 The vindication of water as a strategic good 10 Veganzones: "They want to implement ideological... 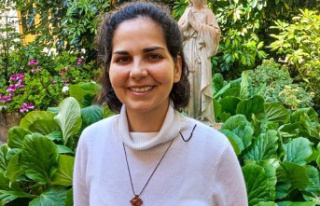 The Spanish guru who left Silicon Valley to become...