The defense of the 'new status' of Urkullu, a new point of friction with his government partner

The so-called 'new status', one of the PNV's star proposals that has been kept in a drawer for years, has become in recent hours a new point of friction between the two government partners. 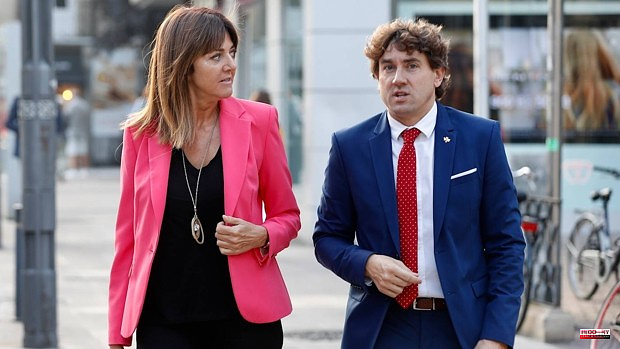 The so-called 'new status', one of the PNV's star proposals that has been kept in a drawer for years, has become in recent hours a new point of friction between the two government partners. Urkullu surprised this Monday in Corsica defending a "Political Concert" that recognizes the "uniqueness of the Basque nation." This morning Eneko Andueza, Secretary General of the Basque Socialists, has tried to reduce the tension by describing the speech as "personal statements".

In an interview granted to the Basque public radio, the leader of the PSE has assured that they are statements that "are made looking at the party." "He has an abertzale feeling and it seems logical to me that he makes statements like that," he added. However, the socialist has recalled that on this issue he "is not" with the Lendakari.

The tone was somewhat more conciliatory than that used by Andueza in another interview, this time in El Correo, where he reminded the PNV that it had to keep the sovereign path "parked" if its intention was to maintain the government coalition. On this occasion, the general secretary of the Basque Socialists has militated to point out that it is a debate that "is not in the people" because at present, the "concerns" of the citizens are "others".

He has asked "not to break the climate we have" because in his opinion "many good things" can be created. That is why he has called for not entering into "debates that separate or create tensions" because "we live in a globalized world and that road is going nowhere". "With the legal framework and the situation we have, it makes no sense to enter into that debate," he has settled.

However, the spokesman for the Basque Government, Bingen Zupiria, denies that the objective of Urkullu's speech was to express a personal or partisan point of view. "The Lendakari, when he makes statements, he always does so in his capacity as Lendakari," he assured during his usual appearance after the meeting of the Governing Council.

Zupiria added that, in his opinion, what he did was recall that the Statute of Autonomy is still "pending being fully complied with." He has also pointed out that the Lendakari has already referred on several occasions in Parliament to the 'Political Concert' that he named in his speech in Corsica and that would be framed "in the regional tradition and in the regional regulations recognized in the Spanish constitution".

This has been explained to the councilors in a "long" telematic intervention in the Governing Council this Tuesday. As Zupiria has pointed out, no socialist member of the Basque Executive has asked him for more explanations in this regard.

1 Canary Islands reaches ten positives for monkeypox... 2 Rafel Chirivella: «We work to have a regatta of prestige... 3 The TC annuls the agreements of the Parliamentary... 4 Acuaes awards the contract for the purification and... 5 The Spanish guru who left Silicon Valley to become... 6 Protests in Morocco of workers who cannot go to Spain 7 The Valencian Community reports 3,458 new cases of... 8 The SURNE-Eskarra Trophy Regatta announces the arrival... 9 Milan changes ownership: the sale to the RedBird fund... 10 Kevin Escoffier is already sailing with the new IMOCA... 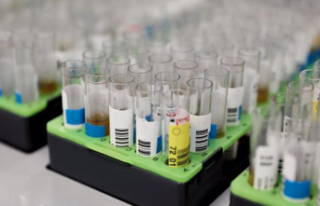