«I do not know the reason why the Lord has noticed me. 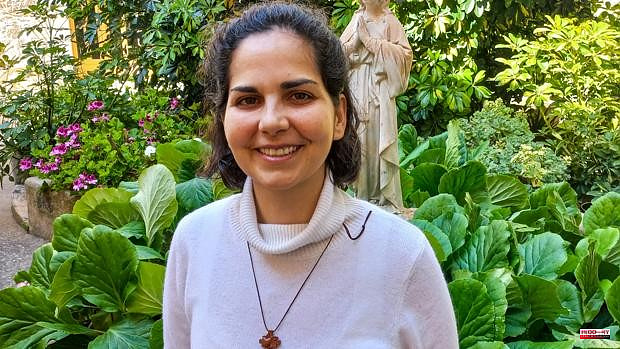 «I do not know the reason why the Lord has noticed me. The only thing I know for sure is that I have found 'the treasure'." This is how Montserrat Medina (Valencia, 37 years old) said goodbye on her LinkedIn account a year ago of her successful life in the Olympus of technology -Silicon Valley- to enroll in a new non-business project, but rather a spiritual one: to become a "servant of God» as a contemplative nun in the Augustinian Order.

He left everything "with much regret" to "heed God's call to follow him more closely." While he delayed the true answer, "the one that compromises life", he used all his talents that "the infinite goodness of the Lord" granted him to "accumulate riches in this world".

Among them, being awarded a scholarship for a doctorate in mathematical and computational engineering at the prestigious Stanford University (USA) or being part of the renowned Deloitte audit in its area of ​​Advanced Analytics and Artificial Intelligence.

After a journey between 'briefings' and 'Big Data', he now spends his time preparing pasta, sweet potatoes and praying silently in the Monastery of Santa Ana, located in the Castellón town of Sant Mateu. A temple focused on the contemplative life with a business in hand: the online store 'El Horno de las Monjas'. There he periodically performed spiritual exercises during his aspirancy period until he made the decision to definitively enter this totally closed convent.

In her written goodbye, Montse recounted the "deep knowledge of the dirt" of her soul when misunderstanding the "desired perfection" to achieve "things in this world" instead of "doing the will of God." "I have lived twelve years 'succeeding' according to the parameters of the world: I have university degrees, I have founded a 'startup' that has acquired a Fortune 100 and with only 34 years I have become a partner in Deloitte", asserted the now Augustinian religious .

The company that he created in 2011 in California and later sold in Silicon Valley, called Jetlore, revolved around digital marketing and came to build bridges and business relationships with exclusive clients such as LG, Inditex or eBay. Such was the success that the internet payment giant PayPal ended up buying it for several million euros. “You never know where you are going to be in five years,” Montse commented in an interview on a YouTube channel in 2016, although she certainly did not imagine being one of the thirteen nuns that make up the community of the Sant Mateu Monastery.

The Spanish guru received recognition at the Stevie Awards for Women in Business, an international competition for female entrepreneurs and executives, and her name was included in the list of the 21 young Spanish women under 35 who have revolutionized the world of startups. However, her existential emptiness was increasing at the same rate as her trophy case.

At the moment, Montse is in "a period of intense formation" and needs to "pamper that space of prayer and solitude" until "she professes her first vows," Sister Mª Teresa explains to ABC. Another of the nuns of the convent, Sister Asunción, explained that the new member analyzed different congregations online before choosing the Santa Ana Monastery in that Castellón town.

For a year now, her enviable professional profile on the LinkedIn social network has been inactive with a job that draws powerful attention: "servant of God." In his latest post, titled 'My new hope', he states that "he has made the most important and at the same time simplest decision" of his life.

“I have decided, without remorse, to stop investing in my earthly future and start investing in my future for eternal life. Since he left the world to serve and do the will of God, I am certain that the merciful Lord will more than make up for my lack with those whom I am leaving for him," he emphasizes. "He did not leave the world, properly speaking, but the mundane," he adds, before ending by asking for forgiveness "to those who may have caused suffering in these years or for those who may be harmed in some way by this vocational decision."

Thus, Montse leaves behind "the privileged place in the abyss of nonsense of a life locked in selfishness." She questions "how she could have been so confused all these years", in which she reaped success after success in the business world and values ​​having experienced "this darkness and the heartbreaking power of the world" to "appreciate more the life of faith and the Gospel of Christ."

Her new office, in which she has shared silence and devotion for months with her religious 'partners', was founded in 1590 by four Sisters who arrived from Teruel, thanks to the donation of a hospital and the purchase of some houses. The monastery suffered severely from the confiscation of Juan Álvarez Mendizábal in 1836 and was expropriated during the Civil War by the CNT militias.

Now, they have managed to adapt to the inscrutable digital changes with the creation of an online store, a website and even their own profiles on different social networks, while maintaining liturgical prayer and interior life in peace as part of their monastic life. From there, Montse "will pray for everyone."

1 Protests in Morocco of workers who cannot go to Spain 2 The Valencian Community reports 3,458 new cases of... 3 The SURNE-Eskarra Trophy Regatta announces the arrival... 4 Milan changes ownership: the sale to the RedBird fund... 5 Kevin Escoffier is already sailing with the new IMOCA... 6 The Basics of Using Online Social Casinos 7 Violence against minors intensifies in López Obrador's... 8 The vindication of water as a strategic good 9 Veganzones: "They want to implement ideological... 10 The A-5 in the direction of Madrid was cut due to... 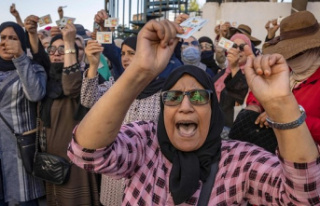 Protests in Morocco of workers who cannot go to Spain