The Vocento headquarters has hosted the celebration of the ABC-Ideal Forum 'The water we live in', sponsored by Cajamar and the Community of Irrigators of Campo de Cartagena. 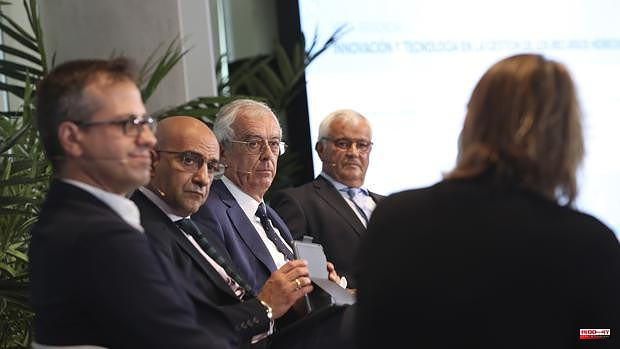 The Vocento headquarters has hosted the celebration of the ABC-Ideal Forum 'The water we live in', sponsored by Cajamar and the Community of Irrigators of Campo de Cartagena. A multidisciplinary confluence of experts with a common goal: to vindicate the present and future of this indispensable natural resource as an essential piece for economic and social sustainability, as an element of territorial structuring and as an object of innovation and efficiency.

Yolanda Gómez, deputy director of ‘ABC’, introduced the conference and gave way to Eduardo Baamonde, president of Cajamar, who highlighted how water is a “strategic element of the economy and society of our country. Therefore, a State Pact should be reached, with a long-term vision, to stop using this scarce and fundamental good as a throwing weapon between territories.

He also highlighted Cajamar's contribution both in financing and in supporting technological implementation in this decisive socio-economic activity.

"Innovation and technology in the management of water resources", the first table, moderated by Charo Barroso, coordinator of the supplement 'ABC Natural', was attended by the director of Sustainability of the Cosentino Group, Antonio Urdiales; the director of Cajamar Innova, Ricardo García; the president of the Business Confederation of the Province of Almería, Asempal, José Cano García; and the CEO of HS Group, Heribert Schneider. Urdiales commented that if circularity is key "in water it is even more so, and for this reason there must be adequate planning and, very importantly, a stable legal framework, adapted to innovation."

We are facing a challenge, as García pointed out: «Even more critical than that of energy management. For this reason, water must be treated as a strategic, state issue, and the solutions are before us”. In this process, the manager highlighted the incubators launched by Cajamar, both in the first call and in the one that is ongoing «Startups that will contribute, for example, to solving problems such as 80% of wastewater not being treated , with expected optimizations of around 50%.”

Cano García highlighted, for his part, the efficiency ratios achieved in Almería, whereby the 100 liters used to grow a tomato in different parts of Spain, or the 42 in France, become 27, as well as the great effort of the region to establish itself as the 'orchard of Europe', in times of enormous population increases. “In this context (he underlined), we must insist that public-private collaboration be strengthened to combat the ‘water deficit’, in which efficient water reuse is essential. We are not talking about the future, but about the present.

Schneider's intervention included concepts "beyond the tap", as in the case of water management in hospitals, for example, in analytical tests: "They are like small towns or cities, in which we are making a great effort in innovation to reduce the enormous costs to 'clean' these waters. An innovation, which, as was highlighted during the celebration of this first table, goes through sensorization, Artificial Intelligence and Big Data monitoring, the use of drones, etc.

The second table, also moderated by Barroso, focused on the subject "Water as an element of interterritorial balance". The mayor of El Ejido, Francisco Góngora; the president of the Spanish Association of Desalination and Reuse, Domingo Zarzo; the president of the Euro-Mediterranean Water Institute Foundation, Francisco Cabezas; and the Honorary President of the Mediterranean Water Institute, and member of the technical scientific committee of the Prince Albert of Monaco Foundation, Milagros Couchoud. «There is no development in any area without water (Góngora began), so its development must be promoted on a scale, from a rational approach, with a strong commitment to reuse. While the administrations, which are very slow, do our job, the sector advances with effort and technology, with decisive improvements in the implementation of biofertilizers, biopesticides, etc.»

In the case of desalination, another vector to be taken into account, Zarzo highlighted how it is not just about making drinking water, but about decontaminating it: «We are the fifth country in the world in plants of this type, the first for its use in agriculture, so we need support to consolidate this position'. And he agreed on the need to have a National Water Pact, something in which Cabezas abounded, an expert who participated in the 'Water Book' drawn up two decades ago and which became a model to follow... and to consolidate, since, Unfortunately, we are still affected by the same problem: «The feeling of appropriation of water resources, contaminated by socio-political interests. Therefore, we must pay attention to the irrigation communities, which are on the ground, in a complex field, since the study of hydrological flows is not an exact science.

The second table closed with an interesting overview by Couchoud of the experiences of countries such as Algeria or Morocco, which consider water a 'national asset', and which have undertaken, and continue to do so, with actions to distribute this precious element to throughout its extension. "When asked (he commented) 'Who can judge the ownership of water', the answer is water solidarity."

The third and final table focused on "The efficient use of water in irrigation and its contribution to development." Moderated by the delegate of 'Ideal Almería', the journalist Miguel Cárceles, the president of the Community of Irrigators El Saltador del Valle del Almanzora, Fernando Rubio; the professor of the Plant Production area of ​​the Polytechnic University of Cartagena, Alejandro Pérez Pastor; the director of Agrifood Innovation of Cajamar, Roberto García Torrente; the president of the Almería Irrigation Federation (Feral) and spokesman for the Almería Water Board, José Antonio Fernández Maldonado; and the university professor of Regional Geographic Analysis at the University of Almería, Andrés García Lorca.

Rubio wanted to underline the contrast between centuries in the Almeria population: from emigration due to the persistent drought to what has been achieved today thanks to the efficiency achieved in water management... yes, not without difficulties: "We have cut off the transfer and our conversations with the Ministry of the Environment are not fruitful: we do not want what belongs to us not to be taken away from us». In this 'fight for efficiency', Pérez Pastor wanted to claim the importance of training "and in continuous mode, so that technicians adapt to continuous changes", in addition to making a presentation on the application of innovation to this activity human, which in some cases has 'unfinished business' such as the effective implementation of drip irrigation, the treatment of desalinated water, etc.

Fernández Maldonado agreed to highlight the work carried out in the south-east of Spain «which guarantees supply not only to Spain, but also to the shelves of European businesses, even in the harshest summer months… we show what we are capable of doing with a meter cubic of water. And also from the academic field, García Lorca contributed his point of view on the importance of technological contribution for greater efficiency: «We are in the era of genomic intervention, which will contribute to greater plant production with less water input, and experiments are already being carried out, such as at the University of Almería, showing how a tomato plant can get by with 100 cl. (half a glass of water".

Antonio González, general director of 'Ideal', closed the day with a few words about the active involvement of the Vocento media in the social and economic development of the different sectors of economic and business activity. In this case, around water, a source of life in the literal sense, and which must be cared for from responsible consumption to the necessary agreements between autonomous communities and the government.

1 The Supreme confirms the conviction of four civil... 2 The defense of the 'new status' of Urkullu,... 3 Canary Islands reaches ten positives for monkeypox... 4 Rafel Chirivella: «We work to have a regatta of prestige... 5 The TC annuls the agreements of the Parliamentary... 6 Acuaes awards the contract for the purification and... 7 The Spanish guru who left Silicon Valley to become... 8 Protests in Morocco of workers who cannot go to Spain 9 The Valencian Community reports 3,458 new cases of... 10 The SURNE-Eskarra Trophy Regatta announces the arrival... 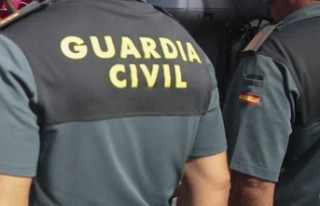 The Supreme confirms the conviction of four civil...