The modification of the Law of Organization and Coordination of Transport, which on Thursday arrives at the Madrid Assembly to be processed by single reading, and which will regulate the operation of the VTC from October, has put taxi drivers on a war footing, that tomorrow, Wednesday, they will demonstrate by car and on foot in the center of the city. 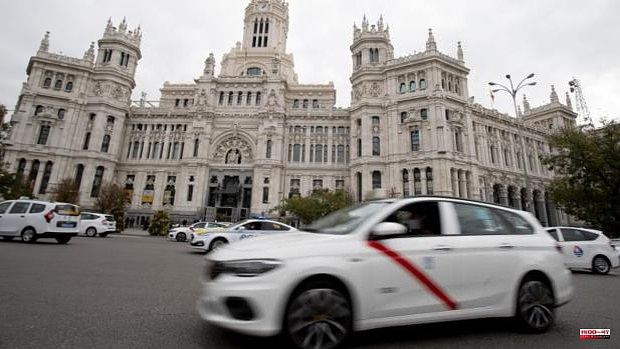 The modification of the Law of Organization and Coordination of Transport, which on Thursday arrives at the Madrid Assembly to be processed by single reading, and which will regulate the operation of the VTC from October, has put taxi drivers on a war footing, that tomorrow, Wednesday, they will demonstrate by car and on foot in the center of the city. Specifically, they will march with their vehicles between Neptuno and Colón, and will walk up to Puerta del Sol.

The regulation of the VTC service is being a focus of continuous problems for the regional government. First, they wanted to include it in the Omnibus Law, which tweaks up to fifty regulations to make them more flexible and more agile. But in the face of the discomfort and opposition of the taxi drivers -the Professional Taxi Federation threatened to request more than 2,500 million euros from the Community for the resulting damages-, the regional president, Isabel Díaz Ayuso, decided to back down and remove the VTC of the bus.

He did so after meeting with the group, and promising them a series of improvements, among them they were proposed to buy back the licenses for the self-employed who retire, with agreed amounts of around 150,000 and 200,000 euros. And it is also suggested that 20 percent of health services that do not require ambulances be carried out by taxi drivers, prior agreement and agreement with Health and Social Services.

Then, on May 4, it approved the bill that will allow the VTCs to continue operating in the capital from October, which is the deadline that the 'Ábalos decree' set, and from which the permits with platforms such as Úber and Cabify are no longer valid.

A rule that indicates that these vehicles with driver will not be allowed to pick up passengers on the street or have stops, as taxi drivers have. The law then went to the Assembly, where it will be negotiated by the single reading procedure, and this Thursday it will be seen and voted on in plenary.

But before that happens, the taxi drivers have been summoned by the Madrid Professional Taxi Federation to demonstrate this Wednesday, June 1, with their vehicles between Colón and Neptuno, between 10 and 12 in the morning. The cars, they assure the association, will remain parked on the Paseo de la Castellana, while the taxi drivers go up on foot to the Puerta del Sol, where they will express their opposition to the new rule at the gates of the Royal Post Office, headquarters of the Regional government.

Those responsible for the Madrid Taxi Professional Federation warn that they are waiting for the new Transport Law to be modified to allow the activity of the VTC to take it to court. They also protest that the single reading procedure has been chosen for the processing of this law, because "it prevents a broad debate or the presentation of opposition amendments."

The taxi drivers ask that issues such as minimum pre-contracting be included in the law that regulates the VTC, prohibit them from wandering the streets, that the proportion of one VTC for every 30 taxi licenses be complied with; and sanction in accordance with the Transport Law of the Condition.

They consider that their requests have not been addressed in this matter, and "however, a tailored suit is made for the large VTC corporations that are in the hands of three companies."

1 The administrator sets a price of 75 million for the... 2 The EU agrees to strengthen the manufacture of weapons... 3 The vindication of water as a strategic good 4 The Supreme confirms the conviction of four civil... 5 The defense of the 'new status' of Urkullu,... 6 Canary Islands reaches ten positives for monkeypox... 7 Rafel Chirivella: «We work to have a regatta of prestige... 8 The TC annuls the agreements of the Parliamentary... 9 Acuaes awards the contract for the purification and... 10 The Spanish guru who left Silicon Valley to become... 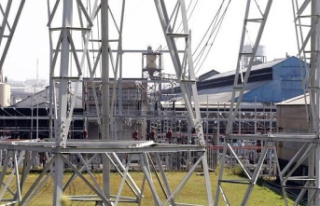 The administrator sets a price of 75 million for the...