Salah and Van Dijk, injured in the FA Cup final

All the alarms go off in Liverpool. 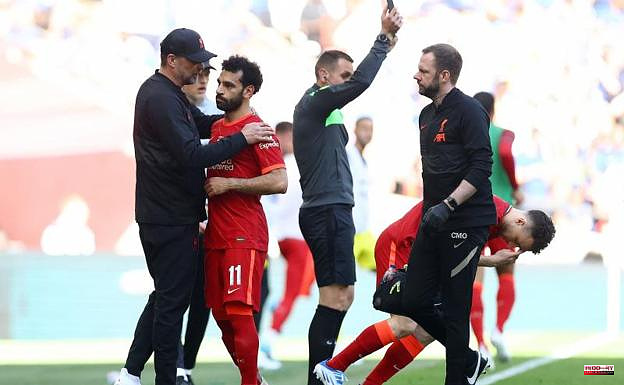 All the alarms go off in Liverpool. Mohamed Salah had to withdraw from the FA Cup final between the 'red' team and Chelsea due to an injury that is of great concern to the English club two weeks before another final, the Champions League final against Real Madrid in Paris.

After half an hour of the game at Wembley, Jürgen Klopp's Liverpool franchise player fell to the ground, hurting and taking his hand to his groin. Later, he was replaced by Diogo Jota and consoled by the German coach.

Despite the fact that the Egyptian's face was not of the utmost concern, the 'red' team fears that the fatality of the final in kyiv against Madrid will be repeated, when Salah had to retire in the first half after a fall in fight with Sergio Ramos from which his left shoulder came out badly.

The cup final in England also leaves another concern for Klopp, because with regulation time consumed, just before extra time, the leader of the 'red' defense, Van Dijk, also had to request the change, initially as a precaution against some physical discomfort that acquire greater importance in the case of another of Liverpool's heavyweights.

1 Liverpool double two weeks from Paris 2 Bagnaia returns to teach his teaching in one lap 3 'Juanpe' López, belly up leader of a Giro... 4 Guruzeta keeps Amorebieta's dream alive 5 Bastianini wins again, Aleix another podium 6 The Heat and the Warriors are already finalists 7 Vollering repeats victory and makes clear in Mallabia... 8 About 2,000 people demonstrate against the Winter... 9 The Sestao River entrusts itself to the miracle 10 The Portugalete, before the penultimate step towards... 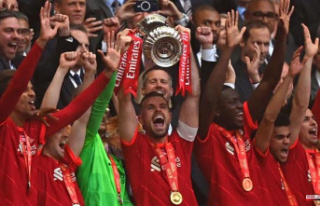