About 2,000 people demonstrate against the Winter Olympics in Puigcerdà

Some 2,000 people, according to the Puigcerdà Local Police, have demonstrated this Sunday in this city in the Girona Pyrenees to ask the Government to desist from presenting a candidacy for the 2030 Winter Olympics, a project that they consider a "nonsense" in full climate crisis. 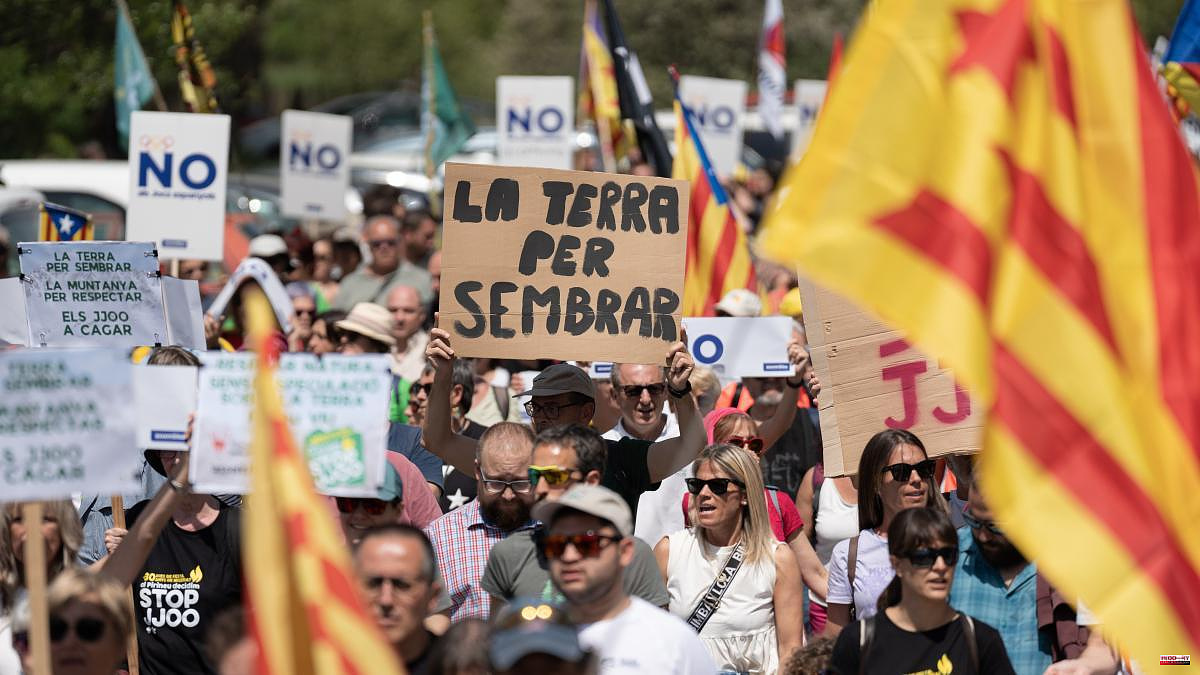 Some 2,000 people, according to the Puigcerdà Local Police, have demonstrated this Sunday in this city in the Girona Pyrenees to ask the Government to desist from presenting a candidacy for the 2030 Winter Olympics, a project that they consider a "nonsense" in full climate crisis.

The call, promoted by the Stop JJOO Platform with the motto "For a living Pyrenees", has had the participation of representatives of the CUP and the communes, and of entities such as the Catalan National Assembly (ANC) and Unió de Pagesos. The march, which has gone from the Palau Firal to the center of Puigcerdà, has passed smoothly.

The participants, many of them wearing caps and hats to protect themselves from the sun, sang songs such as "Thirty days of celebration, thirty years of misery" and held up posters with slogans such as "The land to sow, the mountain to respect and games to shit", or "Do you like the mountain? Do you want it natural or built?".

In the final parliaments, one of the spokesmen of the convening platform, Bernat Lavaquiol, has called on the President of the Generalitat, Pere Aragonès, to have "decency" and withdraw the consultation convened for July 24 in several Catalan counties.

If he does not do so, he added, the residents of the Pyrenees "will overflow the polls" to reject this project which, in his opinion, only seeks to satisfy "the construction and tourism lobbies" that have "offices in Barcelona".

"We will knock down the Olympic Games!", warned the other spokesperson for the platform, Helena Guillén, who has accused the Generalitat of using the Catalans' money to make "propaganda" in favor of the Olympic candidacy.

The deputies of the CUP and En Comú Podem Dolors Sabater and Jéssica Albiach have also been critical of the consultation called by the Government, who have criticized the lack of "transparency" of the Catalan executive in relation to the environmental impact that this project will have.

For her part, the president of the ANC, Elisenda Paluzie, has warned that a Catalan-Aragonese candidacy at the hands of the Spanish Olympic Committee (COE) will involve "Spanish elements" for Catalan society and will contribute to giving an image of "false normality" in relations between Catalonia and the rest of the State.

1 The Sestao River entrusts itself to the miracle 2 The Portugalete, before the penultimate step towards... 3 Swiatek clinches his fifth consecutive title of the... 4 CB Santurtzi is from LEB Plata 5 Basque Federation and officers, the buried bone 6 The Basque Government appears in the 'Kirolene... 7 Bizkaia hosts the fashionable match 8 A heads or tails for the Amorebieta 9 Márquez: «I have seen that we are not here to fight... 10 Julen Alberdi and Iztueta, intractable in the Biharko... 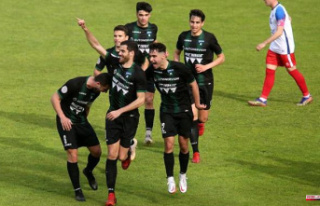 The Sestao River entrusts itself to the miracle