The Sestao River entrusts itself to the miracle

Tomorrow the last day in the Second RFEF will be disputed. 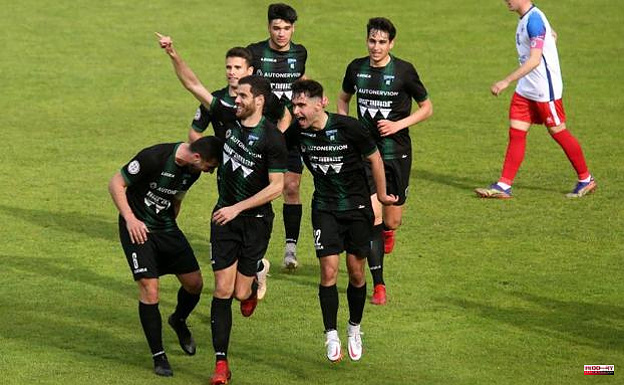 Tomorrow the last day in the Second RFEF will be disputed. This will be a totally inconsequential appointment for numerous groups that militate in this category. However, for the Sestao River it could be a historic day: that of its promotion to the third national level. It is not easy, since they do not depend on themselves. Even so, the green and black team is focused on doing their homework, doing their part and beating Tropezón in Las Llanas on Sunday at 12:00.

Sestao River has gone 17 consecutive games without defeat and is the best team in the group at home. Opposite will be a Cantabrian squad that is fifteenth and has already sentenced relegation. Therefore, all forecasts point to a Sestaotarra triumph. Now it's time to prove it on the field. However, victory is not only worth it to go up to the First RFEF. In fact, only the defeat of Osasuna Promesas against Izarra in Tajonar served them well.

The Navarrese subsidiary is the leader with a difference of two points and the particular goal average won. That is why only those two results would make Sestao River champion, which would rise directly without having to go through the play-off. Something that a priori seems complicated, since Izarra has nothing at stake and is an agreed club from Osasuna. However, the fight to the end is guaranteed by the black-and-white, who will entrust themselves to this miracle until the final whistle.

1 The Portugalete, before the penultimate step towards... 2 Swiatek clinches his fifth consecutive title of the... 3 CB Santurtzi is from LEB Plata 4 Basque Federation and officers, the buried bone 5 The Basque Government appears in the 'Kirolene... 6 Bizkaia hosts the fashionable match 7 A heads or tails for the Amorebieta 8 Márquez: «I have seen that we are not here to fight... 9 Julen Alberdi and Iztueta, intractable in the Biharko... 10 Bouwman finishes off the perfect pass from the reborn... 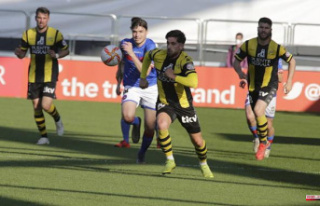 The Portugalete, before the penultimate step towards...