The Portugalete, before the penultimate step towards the Second RFEF 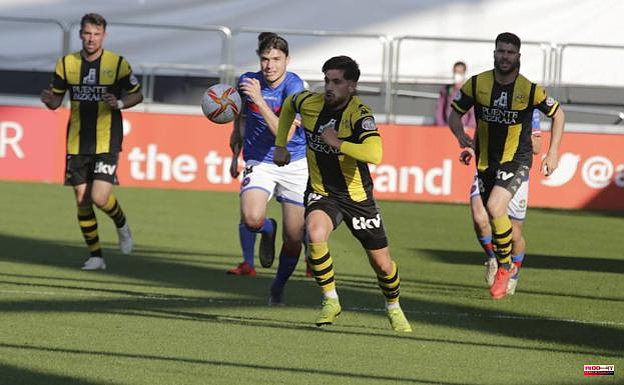 Portugalete faces a momentous event this weekend. The jarrillero squad will face Beasain tomorrow at 11:30 in the main field of the Zubieta facilities to determine who will be the Basque representative who will play for promotion to the Second RFEF. Therefore, it will be a regional play-off final with a lot at stake and where anything can happen, due to the equity that exists between two high-level squads for this category. This time, the Portuguese only need to win to go through the round. The squad and the coaching staff trust to do so and thus achieve a new feat.

This is corroborated by Aketza González -coach- and Jorge Mediavilla -captain-. The coach's arguments to firmly believe in it is that "we are a team with experience, quality to make a difference up front and that has shown in a short time that it is solid." Likewise, the goalkeeper dreams of achieving his second promotion to what was the old Segunda B with the gualdinegra jacket. Which would make him go down in history by participating in half of all the promotions of the club to this category. “I want promotion more than anyone, it would be fair to return Portugalete to the Second RFEF because it is at a minimum where it should be, for me it would be a pride because I feel like one more Portuguese”, he highlights.

However, before advancing events, they must beat Beasain to stay alive in the fight for that promotion. The players are eagerly awaiting the opening whistle of this clash. “We are very motivated, excited and eager to take the step to the last round in Madrid”, endorses Jorge Mediavilla. Meanwhile, his coach corroborates that "you can see that it is a special day, although people could be tired at this point in the season, everyone is predisposed to everything and eager to play." It is not for less.

Portugalete is really a team still in gestation, since Aketza González took the reins of the Florida bench three weeks ago to alleviate the fateful moment of results. Since his arrival, the jarrilleros have always signed the same result. Three zero to zero against Basconia, Cultural de Durango and Barakaldo. The latter, with extension included, earned him the chance to qualify for this regional final by arriving better classified than his rival. However, now they are only served by victory, since Beasain was second, with the same points as the Portuguese, but with the particular goal scored by winning the two league matches (0-2 and 2-1).

Jorge Mediavilla affirms that, with this new coach, "we have gained a lot of defensive solvency, the team has become strong, although we have lacked success in front of goal". Likewise, he points out that "Aketza placed more emphasis on the defensive issue during the first two weeks and it was achieved, now we are focusing more on the offensive issue because we need to win." In the same way, Aketza González perceives that "every day the team is getting better, that's why I hope to see the best version on Sunday." The coach expects "a close game, with a low score" and emphasizes the importance of being successful in front of goal to obtain victory. The only casualties of the jarrilleros are those of Julen Colinas and Mikeldi Jimeno.

1 Swiatek clinches his fifth consecutive title of the... 2 CB Santurtzi is from LEB Plata 3 Basque Federation and officers, the buried bone 4 The Basque Government appears in the 'Kirolene... 5 Bizkaia hosts the fashionable match 6 A heads or tails for the Amorebieta 7 Márquez: «I have seen that we are not here to fight... 8 Julen Alberdi and Iztueta, intractable in the Biharko... 9 Bouwman finishes off the perfect pass from the reborn... 10 The Madrid gunners calibrate their aim for the assault... 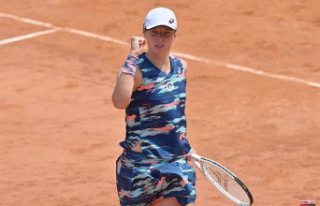 Swiatek clinches his fifth consecutive title of the...