Third victory for Enea Bastianini, who with a motorcycle from last year was able to overtake the two official Ducati and is once again close to the head of the championship. 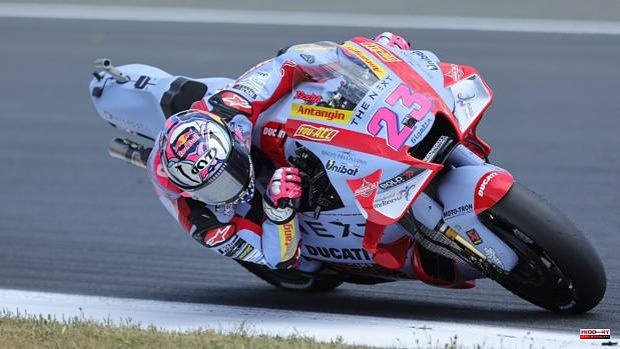 Third victory for Enea Bastianini, who with a motorcycle from last year was able to overtake the two official Ducati and is once again close to the head of the championship. Bagnaia, who had just won in Jerez and achieved pole this Saturday, was unable to finish the race when he was leading and suffered pressure from 'The Beast'. Jack Miller and Aleix Espargaró completed the box. The Catalan Aprilia rider was able to contain the local idol, Fabio Quartararo, who finished fourth, although he continues to lead the World Championship. Jug of cold water for Joan Mir and Alex Rins, who could not finish the race, like Jorge Martín. Marc Márquez signed the sixth place.

It was the first time to show up after Suzuki announced that it will not continue next year.

either. Added pressure for Joan Mir and Alex Rins, who came out determined to prove the Japanese brand wrong. They placed behind the two Ducatis after a great start, overtaking Aleix and Quartararo. But perhaps, emotionally, it is not the best moment for the two Spaniards. Especially for Rins, who in the second lap passed by, levitated on the gravel and fell when re-entering the track. The Catalan's career was soon ruined. Meanwhile, Marc Márquez tried to show that he was better than he regrets. The Honda rider remained in seventh position after a great overtaking of Nakagami. Miller and Bagnaia were leading the race with Bastianini hot on their heels.

After seven laps the race calmed down and the group stretched. Bagnaia, Miller and Bastianini formed a first group, followed by another three riders, made up of Joan Mir, Aleix Espargaró and Fabio Quartararo. Already very low, Marc Márquez rode in seventh position. He clawed 'The Beast' to take second while Mir linked up with the leading group, although the distance between first and sixth was still considerable.

As misfortunes never come alone, Joan Mir did not finish the race either. With 13 laps to go he went to the asphalt. Neither Suzuki would finish the race on a black weekend for the family that makes up the Japanese team. Jorge Martín also went to the ground. Fifth zero in seven races for the Pramac rider from Madrid.

Bastianini fought for victory against Bagnaia with a motorcycle from last year. Great job by the Gresini rider, who was ahead of the other official Ducati rider, Jack Miller. Spectacular fight between the two Italians with seven laps to go. The pressure from 'The Beast' was so high that Pecco made a mistake by going too far in a corner. He was off center so much that a few corners later he went to the ground in an unbecoming mistake. Bagnaia's fall allowed Quartararo to enter the fight for the podium with Aleix Espargaró. In the end there were no changes and Bastianini achieved his third victory, followed by Miller and Aleix.

Indisputable victory for Augusto Fernández, who completed a breakaway to enter the finish line alone. Arón Canet, again third in the World Championship, and Somkiat Chantra have completed the box. Good start for Pedro Acosta who ended up crashing on the eleventh lap, when he went through turn 6. Fourth consecutive race without scoring for the Mazarrón driver. Celestino Vietti maintains the leadership of the World Cup despite his dismal weekend. He has entered eighth and has 16 points over Ogura and 19 over Canet, who continues to come back despite the injury that he has suffered since his crash in Portimao. Discreet positions for the rest of the Spanish drivers: Jorge Navarro ninth, Manuel González 11th, Jeremy Alcoba 13th and Marcos Ramírez, Pedro Acosta, Albert Arenas and Alonso López and Fermín Aldeguer have fallen.

Spectacular last lap at Le Mans, in which Jaume Masiá took the victory after a series of overtaking with Foggia and Sasaki. The Red Bull KTM Ajo rider continues on a roll and has achieved his second victory this season, after the one achieved in Austin. He has served him to place second in the general, tied on points with Foggia and 17 points behind the leader, Sergio García Dols, who could only be seventh. The race was interrupted by the appearance of rain as soon as it started, which caused several riders to crash (Migno, Izan Guevara, García Dols, Daniel Holgado, Sasaki and Ricciardo Rossi). Red flag to declare null a race that was later relaunched to 14 laps with the same grid as the start. After Masiá and Sasaki, Izan Guevara entered, who overtook Foggia on the last lap.

1 The Heat and the Warriors are already finalists 2 Vollering repeats victory and makes clear in Mallabia... 3 About 2,000 people demonstrate against the Winter... 4 The Sestao River entrusts itself to the miracle 5 The Portugalete, before the penultimate step towards... 6 Swiatek clinches his fifth consecutive title of the... 7 CB Santurtzi is from LEB Plata 8 Basque Federation and officers, the buried bone 9 The Basque Government appears in the 'Kirolene... 10 Bizkaia hosts the fashionable match 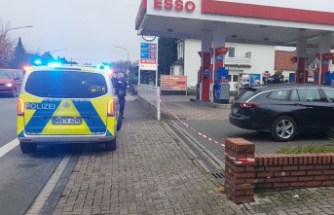 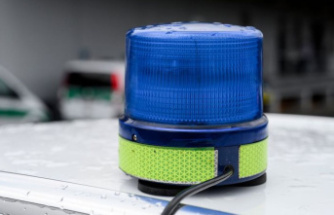 Rhein-Sieg district: drug discovery in the millions: search for suspects 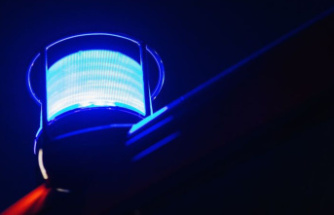 Fire brigade operation: fire in a family house in Emsland: one dead person

Mainz: 3 things that Svensson wants to improve in the second half of the season
BREAKING NEWS 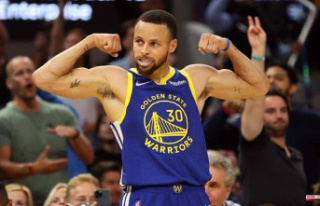 The Heat and the Warriors are already finalists