After new Russian attacks, Ukrainian President Volodymyr Zelenskyj called on people to hold on in an emotional video message at Christmas. 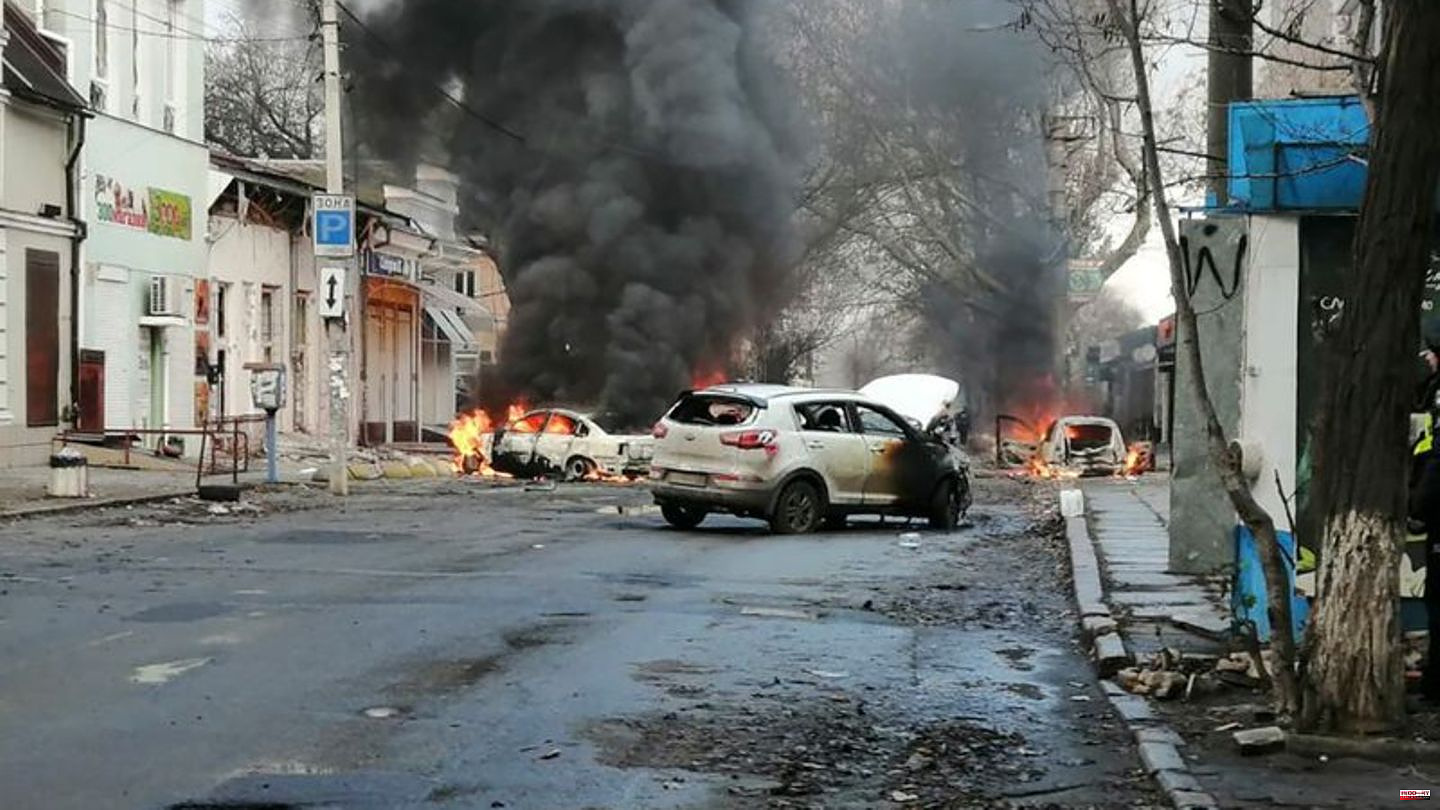 After new Russian attacks, Ukrainian President Volodymyr Zelenskyj called on people to hold on in an emotional video message at Christmas. "We endured attacks, threats, nuclear blackmail, terror and rocket attacks. Let's get through this winter because we know what we're fighting for," said Zelenskyy in a video distributed on Christmas Eve.

He was standing in the dark on the street with a Christmas tree and dim lights in the background.

"Bringing freedom back to all Ukrainian women and men"

"We believe that tears will give way to joy, that hope will come after despair and death will be conquered by life," said Zelenskyy. Millions of people in Ukraine and around the world are celebrating Christmas these days, he said. The President recalled Ukrainians who fled abroad or had to spend Christmas in Russian captivity. "We will bring freedom back to all Ukrainian women and men."

After the Russian attacks on the country's energy infrastructure, the streets and houses may not shine as brightly as usual this year, Zelensky said. But no Russian drone or missile can break the spirit of Christmas. "And even in total darkness we will find each other to hug each other tightly. And if there is no heating, we will warm each other with a big hug," said Zelenskyy. "We will not wait for a miracle, we will create it ourselves."

In Ukraine, December 25 is both an official Christmas Day and January 7, when Orthodox Christians celebrate.

The Mayor of Kiev, Vitali Klitschko, also sent Christmas greetings on the news channel. The festival strengthens faith in hearts, he said. "We especially thank the defenders who are far from their hometowns and their relatives." They are in the process of bringing victory closer and closer to Ukraine.

Dead and injured in Russian shelling of Cherson

Widespread horror was triggered by new Russian attacks on the southern Ukrainian city of Cherson. 10 people were killed and 55 others injured, as military governor Yaroslav Yanushevich announced on Ukrainian television last night. 18 people were seriously injured. The deputy chief of the Presidential Office in Kyiv, Kyrylo Tymoshenko, published photos of lifeless people in the center of the city, which was recently liberated from Russian occupation, on his Telegram channel.

Selenskyj condemned the attack as another crime by the "terror state" Russia right before Christmas. The photos of the dead would certainly be marked by social networks because of the content. "But this is not sensitive content, this is real life of Ukraine and Ukrainians," he said. "This is terror, this is killing for the sake of intimidation and pleasure," he said. "The world needs to see and understand the absolute evil we are fighting."

In view of a concentration of Russian troops in Belarus, fears persist in Kyiv of a possible new attack from there on northern Ukraine. According to the US Institute for War Studies (ISW) in Belarus, Russia is continuing to create the conditions for a possible attack. The ISW experts believe that such an attack is still unlikely, but possible. The establishment of a field hospital is seen as an indication of this. "Field hospitals are not necessary for exercises and can be an indication of the preparation for combat operations," it said.

In Belarus, the ruler Alexander Lukashenko, who is politically and financially dependent on Moscow, has made his military bases available for attacks on Ukraine. Ukraine sees Belarus as a war party. On the other hand, Lukashenko, who arrived in Moscow yesterday on a new visit, insists that he will not take part in the war. Lukashenko and Putin will meet for another informal Commonwealth of Independent States (CIS) summit on December 26-27.

Delivery of main battle tanks is viewed with skepticism

In a survey by the opinion research institute YouGov on behalf of the German Press Agency, 45 percent of those questioned spoke out against the delivery of German Leopard 2 main battle tanks to Ukraine. Only 33 percent are in favor, 22 percent do not provide any information.

Ukraine has been demanding Leopard 2 tanks from Germany for months. Chancellor Olaf Scholz (SPD) does not want to deliver them alone and points out that no other country has provided similar weapon systems. From the ranks of his two smaller coalition partners, the Greens and FDP, there are repeated calls to send the Leopard 2 to Ukraine anyway. The largest opposition faction, the CDU/CSU, is also in favor of it.

Meanwhile, the Spanish king denounced the Russian war of aggression against Ukraine and its consequences. The conflict has "already caused a level of destruction and ruin that is difficult to imagine," said Felipe VI. in his Christmas speech that was broadcast on TV and radio last night. He warned of the consequences of a war of "global importance" that "has compromised our security."

At the Christmas mass in St. Peter's Basilica in Rome, Pope Francis used the homily to condemn wars: "How many wars are there! And in how many places are dignity and freedom trampled underfoot!" However, he did not name the Ukraine war directly.

In Ukraine, many people celebrate Christmas Day. As a survey published a few days ago showed, more and more people are turning away from the Orthodox tradition of celebrating Christmas on January 7th. Instead, many now follow the calendar of the western churches. Unfazed by this, Russia is likely to continue its attacks on Ukraine at Christmas. 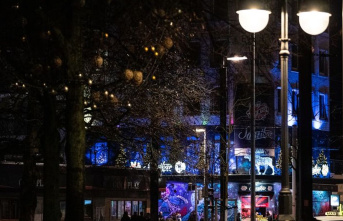