Even before taking office, Alfonso Rueda took it upon himself to make it clear that he would maintain the level of demand to which all those who worked under Alberto Núñez Feijóo's orders – Rueda himself, in a prominent place – could attest. 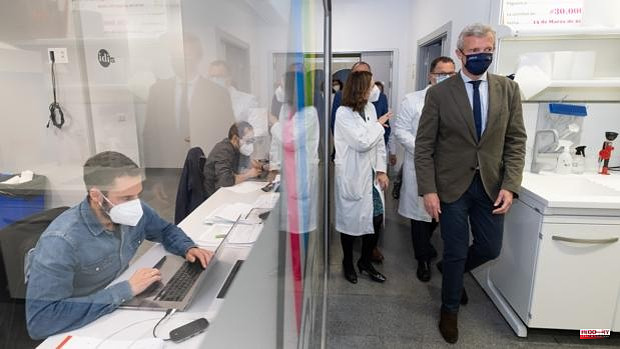 Even before taking office, Alfonso Rueda took it upon himself to make it clear that he would maintain the level of demand to which all those who worked under Alberto Núñez Feijóo's orders – Rueda himself, in a prominent place – could attest. And this Wednesday he left a practical sample during the first act of his agenda as president of the Xunta, which he wanted, as a "symbol", to have a health aspect. In the speech with which he closed his visit to the GenVIP Research Group of the Santiago Health Research Institute (IDIS), he demanded an "effort" —he used the term on two occasions— to be "capable" of the three vaccines that they will be incorporated into the children's calendar for free, "they can begin to be administered this year".

The aforementioned, the Minister of Health, confirmed, to questions from the press, that this “effort” will be made and “everything that touches” will be put into the administrative part to achieve the objective. In fact, what Julio García Comesaña did was ratify the words that he himself offered on Friday of last week, when he conveyed the intention of dispensing as soon as possible the three antidotes that formed —along with the reduction of personal income tax for the lowest incomes— Rueda's most prominent announcement in his investiture speech in Parliament.

As the president recalled, these are the meningitis B vaccines, for two-month-old children; human papilloma, at 12 years; and quadrivalent influenza, between six months and five years. "It was necessary to take this step forward," said Rueda, who remarked that both he and Comesaña have no "doubt" that expanding coverage "deserves" to be among the "highest priorities" of the Xunta. He indicated that, in the case of the papilloma vaccine, they want to apply "already the next course"; that of meningitis B, "at the end of the year"; and that of the flu, "in this year's campaign, and if not, at the latest, next year, but I ask for the effort so that it can be in this year's campaign," he added.

Comesaña stuck to that nuance, commenting that arriving on time with the first will be "possible", "also" the second, while the third does offer "some doubt, a little more administrative". The problem: Sergas is studying the possibility of "expanding" the relevant tender. "We hope it can be included," he said.

Rueda did not hide that, when starting his presidential agenda in a public health research center, he wanted to "signify the importance that the Xunta wants to continue giving to everything that has to do" with an area that represents "the future of many things"; especially in a center where "excellence resides", "a benchmark not only at a national level, but also at a European level". "Messages are also important," she moved. Previously, Comesaña thanked him for choosing the IDIS for "his first visit", beyond the protocol act of the Galician Letters Day. And Federico Martinón, leader of the GenVIP group, spoke in the same vein, thanking him for going to "a vaccination center, a pediatric center and a vaccine center, three concepts that are closely related to each other, and that come to say : 'future, future, future'”; he also celebrated the expansion of the childhood vaccination schedule.

The president, after recalling that the Covid pandemic made the layman see “suddenly”, the “importance of the investigation”, reciprocated the words of his predecessors, expressing the “commitment” that he acquires in this “new stage” and “ new way” of doing “everything possible to try to lend a hand”; as well as "support" for "what has to do", specifically, with research focused on vaccines. In the specific case of the coronavirus, he stated that he was "very proud" that "here was a very important part of that work" in the search for an antidote, and his "fundamental contribution to what was a worldwide solution." "You are in the cradle of many things that have happened in Galicia in these years, and that will undoubtedly continue to happen," said Comesaña.

In subsequent statements to the media, Rueda explained that previously, on Wednesday morning, he had requested both the King and the President of the Government to hold hearings "when they can." "I would like it to be as soon as possible, but I also fully understand his agenda," he pointed out. In the case of Don Felipe, he recalled that he "corresponds to him from the point of view of institutional respect", once he took possession of his new position last Saturday, "to ask him to receive me."

In parallel, he recalled that he had already announced, during the investiture debate, that he would "address" Pedro Sánchez to request a meeting. In this case, he recalled that it is about "transferring many of the needs and issues that are currently being executed", as well as "those that had to be and are not". A "varied list of issues", he summarized to refer to the decalogue of demands that he will put on the table, and which range from infrastructure to social services or an "involvement" with the Xacobeo.

1 Juan Tamariz opens this Thursday at the Teatro de... 2 A single-family house on the Galician coast is already... 3 The warnings of Margarita del Val and Fernando Simón... 4 Holidays: Bison futé’s traffic forecasts for the... 5 Tireless spokesperson for the victims of attacks,... 6 Murder of George Floyd: passive policeman pleads guilty 7 Biden 'strongly supports' NATO membership... 8 Amazon sued for discrimination by New York State 9 Human trafficking: a dozen arrests in London and Romania 10 Law 96: the Bloc "is becoming a little radicalized",... 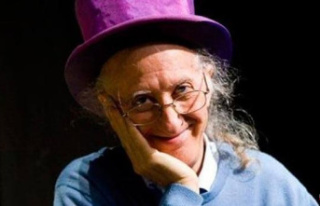 Juan Tamariz opens this Thursday at the Teatro de...