Pandemic experts warn that the transmission mechanism of the next health crisis will come through the air and in this regard they demand to apply the lessons learned with the coronavirus -SARS-CoV-2- which has shown that "solidarity, cooperation and preparation global” are “keys” to give “a rapid response”. 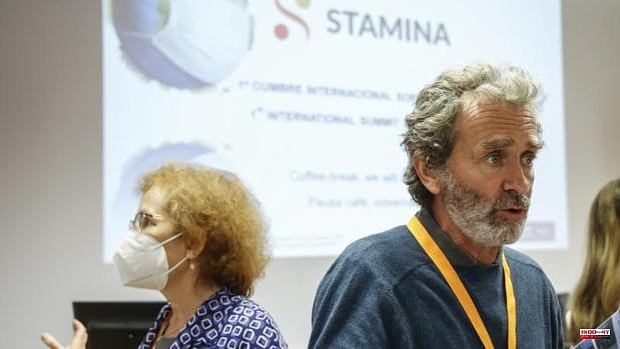 Pandemic experts warn that the transmission mechanism of the next health crisis will come through the air and in this regard they demand to apply the lessons learned with the coronavirus -SARS-CoV-2- which has shown that "solidarity, cooperation and preparation global” are “keys” to give “a rapid response”.

This has been pointed out by the speakers participating in the I International Summit on Pandemic Management organized by the Valencia City Council, which is part of the European STAMINA project, in which 38 organizations representing 19 countries participate and which has had the presence of specialists such as the director of the Center for Coordination of Health Alerts and Emergencies of the Ministry of Health, Fernando Simón, or the researcher of the Higher Council for Scientific Research Margarita del Val.

In this regard, the virologist Margarita del Val warns that "right now you cannot think of a next pandemic caused by something that is transmitted through water or food, because it would be a local epidemic, however another one can return to us due to the air". Thus, she explains that "in the 19th century it was learned with the cholera epidemics that drinking water must be perfectly separated from wastewater and that by making water drinkable, deaths are avoided and life expectancy has been increased".

Now SARS-CoV-2 has shown that the transmission mechanism is through the air and we must learn from this teaching: "you have to clean the air". However, he regrets that buildings "increasingly intelligent to save energy, but less and less healthy for the transmission of respiratory diseases" are being built.

For this reason, he insists that “cleaner air” must be achieved with the widespread installation of CO2 meters that allow knowing when there is a risk of contagion, as they have done in schools and universities. In this sense, he calls for a state regulation to guarantee clean air that would also avoid having to permanently open the windows with the consequent energy expenditure.

For his part, the director of the Center for Coordination of Health Alerts and Emergencies, Fernando Simón, pointed out that the covid has shown that it is necessary to be prepared to face a new crisis through a global coordinated response and that Spain prepare with a single health system, plans with a multisectoral approach and clearly delimit decision-making.

In this sense, it was pointed out that the response to this pandemic "did not start from scratch" since there was previous experience of health outbreaks in the first twenty years of the 21st century, such as SARS-Cov-1 or Salmanellosis. "We were prepared for similar situations, but not for the magnitude of SARC Cov-2," he acknowledges.

Simón relates that if until now we were used to short-term and local crises or pandemics that were controlled in the initial stages, we have learned from covid that a global response and long-term management is required because “we do not deal with a few people but with the entire population and the population has its limits when it comes to enduring the restrictions ».

Thus, we must “think globally” and be “prepared for the next pandemic because we don't know when but it will come”. However, he highlights that it has already been internalized that health crises "are not just a health issue" but affect all areas and therefore require a multisectoral approach, although the prevailing management must be agreed from the umbrella of health criteria. However, the first mistake with covid was not "understanding that health is everyone's responsibility and or only the health worker's."

Likewise, he emphasizes that facing a pandemic requires updated information to readapt action plans – he has told how they had to apply decisions in the first wave without knowing the number of real cases – and this implies international coordination and legislation to act « fast and strong."

Simón points out that along with information, communication is also “key”, and respectfully emphasizes that opinions “are not scientific information” and that all actions based on science must be reviewed in the light of new evidence. In terms of health, covid has also revealed that a single and united health system is required - primary care, which is the door to society; hospital care and public health-- has lamented that to date they have not worked side by side as they should.

Finally, he calls for a national plan that determines in crisis situations, although there are different opinions, "who should make the decisions and clearly establish who is in charge of what" and in this sense he has applauded the application of the State of Alarm.

These figures, he emphasizes, show that "yes, we have learned and that we are much better prepared", but the problem is "although each new outbreak has a lesser impact, the perception of this impact is the same" and he asks that "the pressure on experts stay so strong to reduce these repercussions.”

For her part, the director of the European Commission's Emergencies Office, Anne Simon, highlighted the importance of the European Health Emergency Preparedness and Response Authority (HERA) to prevent, detect and rapidly respond to health emergencies by collecting of information and the development of the necessary response capacities.

In this sense, he stressed that the lessons of the Covid-19 pandemic must be learned to face future threats, which are not only biological, but also chemical, radiological and nuclear, as seen now in the face of the war in Ukraine. . “We will never be 100% prepared, but if we are all together we can put together the elements that will allow us to respond to the next crisis,” he stressed.

Similarly, the head of reporting and knowledge management at the European Office of the World Health Organization, Miranda Ngoc, has pointed out that this pandemic will end but "we cannot relax" and we must "institutionalize the lessons learned". "We cannot start from scratch, politicians, scientists and the population must work together so as not to leave anyone behind." In this sense, she has stressed that the WHO, with its regional offices and aid centers, can act as a leader in similar situations if there is a commitment from its partners. 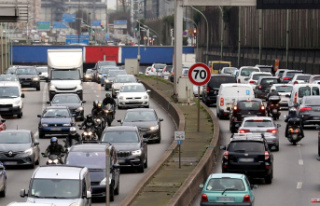