Requiem for a rural school

“They are going to mortgage us for life, because if we take away the future that schools are, who is going to come to the town,” laments Pedro Crespo, a resident of Quintana del Marco, a town in León with less than 400 inhabitants. 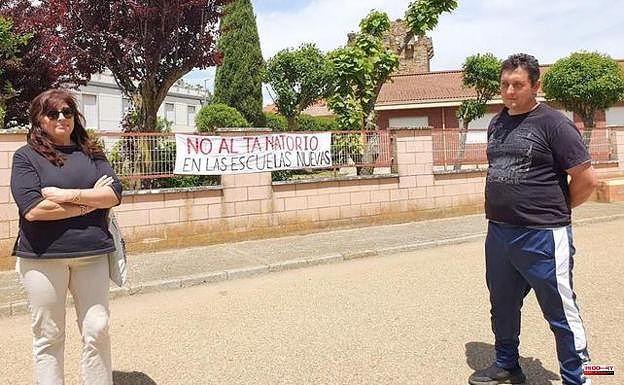 “They are going to mortgage us for life, because if we take away the future that schools are, who is going to come to the town,” laments Pedro Crespo, a resident of Quintana del Marco, a town in León with less than 400 inhabitants. It could be a metaphor for Empty Spain but it is a reality. Because the municipality could change its school for a funeral home, children for dead. This is the decision that the City Council intends to execute despite the refusal of the majority of the people who consider that it is "killing" the people by taking away the "little life expectancy" they have. One hour from the capital of León is this quiet municipality where silence is a constant that is only broken by the sound of tractors and brief conversations between neighbors. These days, nothing else is talked about and the huddles and murmurs about this project are a constant. “Why are they going to screw up the schools if it's something we have good at?” asks an elderly man.

To give visibility to their protest, the neighbors have created the platform '1 1=Todos por las Escuelas' with which, through neighborhood actions, they try to paralyze this project and restore the educational and social use that these facilities have had. "We will fight for the school to reopen and if it is not possible for it to be given some use that brings life and not a funeral home, we already have these services covered and we do not need them," explains Manuela Vidal, head of the platform.

Banners rejecting the proposal wave throughout the town and its inhabitants have delivered 300 signatures to the Government of Castilla y León are some of the protest actions to try to paralyze the project.

The schools were built two decades ago in what were then modern facilities to provide the best education to the new generations of Quintana del Marco. The lack of children led to the closure of the school five years ago, leaving the space for neighborhood use. “There has been an adult school, elections are held, here we hold neighborhood meetings and we have proposed a toy library for the summer in the City Council,” says Goya, another countrywoman who has also decided to join the platform.

Currently there are less than a dozen school-age children who have to travel to the towns of Alija del Infantado (10 km away) and La Bañeza (15 km away) for their classes. "We took them by car to school when they could have it at the door of the house," says Francisco, another neighbor who does not even want to hear about the funeral home.

The pandemic generated an ephemeral illusion in the rural areas of León when seeing how the population of the towns increased due to the desire of many 'urbanites' to leave the city in full quarantine, a mirage against which the residents of Quintana del Marco, who see in the reopening of the schools a hope to revitalize the town.

1 Visual guide to monkeypox: what it is and how it spreads 2 LBJÉQ: The Royal wants to win in memory of Flavio 3 Metcalf beats Kerman Lejarraga on points to win the... 4 “I am passionate about lives on the edge”, confesses... 5 Wedding marathon in the month of May 6 The DGT clarifies when you can overtake even if it... 7 Hydro-Énergir agreement: Option consommateurs is... 8 The sexuality of the ball 9 The king of Europe challenges the champion in the... 10 SsangYong shows the Torres, its future SUV with an... 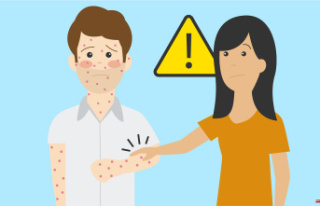 Visual guide to monkeypox: what it is and how it spreads