“I am passionate about lives on the edge”, confesses Reyes Monforte 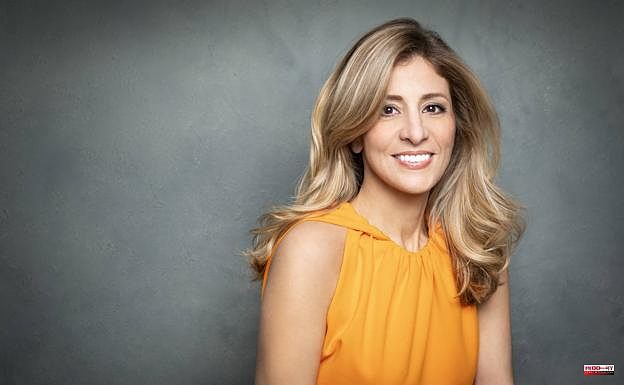 Coffee and silence. It is what Reyes Monforte (Madrid, 47 years old) needs to write a novel. And he already has nine. In 2015, he won the Alfonso X El Sabio Historical Novel Award with 'A Russian Passion', an award that boosted his career. “The preparation of a book is like a jar of cherries, you discover something and it comes out mixed up with other data and characters,” he explains. In this way he discovered Africa de las Heras, a woman whose adventurous life aroused his curiosity. She to the point of making her the protagonist of her latest fiction, 'The Red Violinist' (Plaza y Janés), a story about the Spanish woman who became the most important Soviet spy of the 20th century.

Although the book is dedicated to him: 'For Jose, always'. Reyes Monforte has long been known and recognized for other reasons than being the widow of the remembered actor Pepe Sancho.

His first novel, 'A burqa for love', became a 'best seller' that has already had more than sixty editions and which gave rise to a television miniseries that swept the audience. Now the author has made a literary trip to the Soviet Union because she confesses to being attracted by the Russian soul. "I love to analyze human behavior and the Russians are experts at that. I have always been passionate about lives on the edge », she assures.

The nuns at her school were alarmed when little Nieves Monforte appeared in class with a book by Fyodor Dostoyevsky. She had taken it from her extensive home library without really knowing why. "My father had an amazing library and he took care of it like others take care of his car," she recalls with emotion and respect.

This "journalist who writes, more than a writer", as she likes to define herself, was born in 1975, the year Franco died, and grew up in the traditional Madrid neighborhood of La Latina, in a "very well structured" family. .

She had a happy childhood, "but nothing literary", although everyone remembers her with a book in her hands. "She wasn't a brainiac, but she was studious and I really liked history. As for the rest, she points out, my life was very simple. Compared to Africa de las Heras, I would say quite boring».

The case of Africa de las Heras is especially extraordinary. Her adventures would give for twenty different biographies and several novels. Born in 1909 into a wealthy family in Ceuta, beautiful and sensual Africa, one of the few women to become a colonel in the KGB, and the most decorated Spanish woman in the Soviet Union, she had three husbands (two of them as cover ), and a son, who died at an early age. But she sacrificed everything to serve communism, even the memory of her dead son.

A fanatic? "I don't judge her -replies the author- because I don't like to be judged either, but it is clear that she never questioned an order or was discovered, she was the perfect instrument in the hands of Stalin's regime".

De las Heras was present at crucial moments in the history of the 20th century. She took part in the Spanish Civil War, in World War II, and in the assassination of León Trotsky, in which she participated by posing as his translator while living in the Mexican Casa Azul de Coyoacán with Diego Rivera and Frida Kahlo.

He rubbed shoulders with Orwell, with Hemingway, among many others. She lived in Paris camouflaged as a dressmaker and in Montevideo, where she organized the Soviet espionage network in Latin America while everyone thought she was a refined antiques dealer.

She ended her days as an adorable old lady who baked cakes for her neighbors, unable to imagine her hectic biography. She died before the Berlin Wall fell and her tombstone reads 'Motherland', the alias she chose in honor of her beloved Soviet Union.

“The past is constantly sending us postcards so that we can understand the present,” warns the author. What Africa de las Heras experienced in the Ukrainian forests explains much of the bad relationship between Russia and Ukraine. This already comes from Stalin».

If his previous novel, 'The Memory of Lavender', he wrote from the duel, Monforte says he wrote this last one "from calm and curiosity". But the memory of Pepe Sancho remains alive. "I was lucky enough to meet the love of my life and that love accompanies you, stays with you, feeds you, makes you grow and feel good about yourself," he reasons.

Monforte is among the very few writers who deliver their texts on time. But he explains it. «It is that when I take a story I have to write it at that moment. The same thing happens to me, for example, with chocolate palm trees. I must have some mental handicap –he comments between laughs– because I want them and I have to eat eight at a time. Then maybe I won't try them again for ten years. Maybe it's that I have a Russian soul."

1 Wedding marathon in the month of May 2 The DGT clarifies when you can overtake even if it... 3 Hydro-Énergir agreement: Option consommateurs is... 4 The sexuality of the ball 5 The king of Europe challenges the champion in the... 6 SsangYong shows the Torres, its future SUV with an... 7 youth and smallpox 8 Iturgaiz: «I would not like to find someone on the... 9 Euskadi preserves its natural wealth but loses birds... 10 Trains without rails or waiting 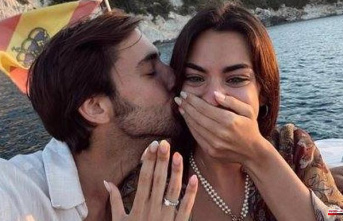 Wedding marathon in the month of May