Real Madrid, the continent's most successful team, challenges this Saturday the current champion of the great competition, Anadolu Efes, in the fight for what would be the eleventh European Cup in its history (7:00 p. 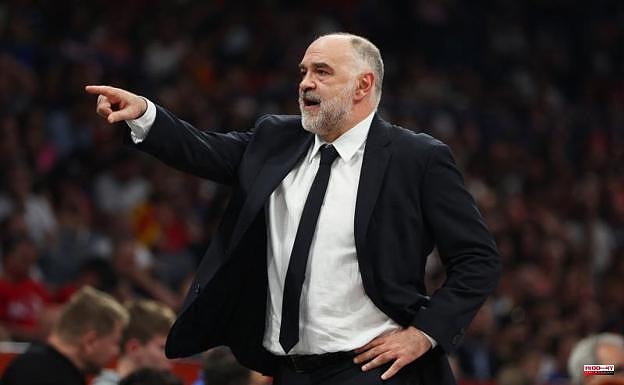 Real Madrid, the continent's most successful team, challenges this Saturday the current champion of the great competition, Anadolu Efes, in the fight for what would be the eleventh European Cup in its history (7:00 p.m. Dazn). Four years after Pablo Laso's team won their tenth title in Belgrade, in the Serbian capital Madrid is presented with the opportunity to lift another Euroleague, a goal that seemed like a chimera midway through the season and also after the first part of the semifinal of the Final Four on Thursday against Barça and that is now feasible after his feat against the azulgranas after coming back 13 points.

Against Efes, who will play their third consecutive final although they had never triumphed in the Euroleague until last year, Madrid also have a score to settle and a desire for revenge, after the Turkish team eliminated the Whites in the quarterfinals of the previous edition. Then it was the former Barça player Chris Singleton who gave Real Madrid the finishing touch in the fifth and final match of the match prior to the Final Four in Cologne, where Efes came out on top in the decisive match against Barça with two superlative point guards, the Serbian Vasilije Micic and the American Shane Larkin. Micic struck down Olympiacos on Thursday in the last second of the first semi-final with a stratospheric three-pointer and Larkin scored 21 points against the Greeks.

«Both Micic and Larkin are two differential players, but Efes is a great team, beyond individualities. I'm not thinking of stopping Micic or stopping Larkin", said Pablo Laso this Friday, who in his seventh Final Four aspires to his third Euroleague as Real Madrid manager after his continuity was called into question during another very difficult season for the Whites . The injuries, the casualties due to coronavirus, the painful defeat suffered against Barça in the Cup final -until Thursday, Madrid had lost the last five direct duels against the eternal rival- and the continuous missteps in the Euroleague that put in danger even the classification of the meringues for the quarterfinals, they placed the coach from Vitoria in the pillory. Until in that tie that led to Belgrade, his team endorsed Maccabi 3-0 and gained "confidence" for the Final Four.

The punishments for Thomas Heurtel and Trey Thompkins for partying in Athens also exacerbated Madrid's crisis, although, as a result of the ankle injury suffered on Thursday by Nigel Williams-Goss, the French base separated from the team could reappear for almost two months later and play the final of the Euroleague. "There are chances that he will play," Laso surprised when asked about Heurtel. Without Williams-Goss, who only lasted 52 seconds at the Stark Arena in Belgrade, the also injured Carlos Alocén and the youth squad player Juan Núñez, Madrid would only have Sergio Llull at their disposal, with the help of Alberto Abalde, so the doors have opened unexpectedly for Heurtel, after two of his compatriots, Fabian Causeur and Guerschon Yabusele (18 points each), became, along with the Balearic point guard (15), Barça's main executioners.

In any case, given Real Madrid's competitive gene, pride and winning character, it is the team that has brought the king of Europe back to such a momentous event and allows Laso to be "optimistic" against the defending champion led by Ergin Ataman, in theory, a worse team than Barcelona. And the experience in a duel of such caliber also plays in favor of Madrid.

1 SsangYong shows the Torres, its future SUV with an... 2 youth and smallpox 3 Iturgaiz: «I would not like to find someone on the... 4 Euskadi preserves its natural wealth but loses birds... 5 Trains without rails or waiting 6 Montreal: possible drowning in the St. Lawrence River 7 She's tired of the double standard 8 The ideal time to retire with the highest pension 9 Athletic already knows the way 10 Ika Torino, a Renault with music by Gardel

Covid-19: Three years after the first German Corona case: who will still need the vaccination in the future?

Social taboo: sister allegedly tortured and raped: why the charge of incest against a 21-year-old is missing

Social taboo: sister allegedly tortured and raped: why the charge of incest against a 21-year-old is missing 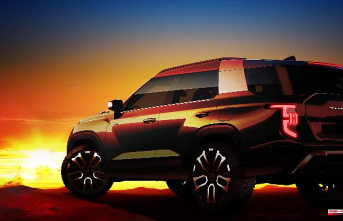 SsangYong shows the Torres, its future SUV with an...