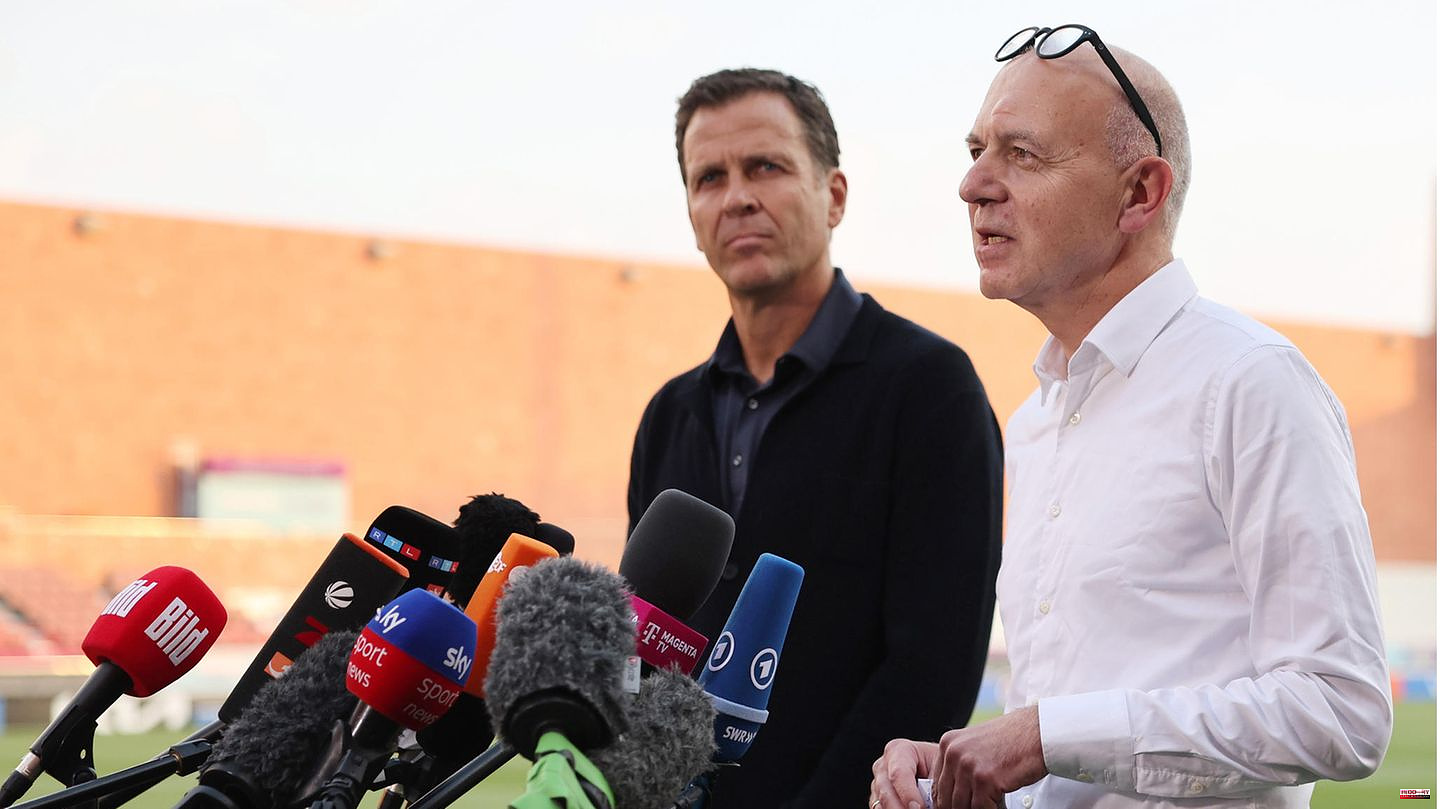 Before boarding flight LH 343 to Frankfurt begins, Bernd Neuendorf quickly puts a few more sentences on the record. "Leaving is extremely painful. We still have to look ahead. We will therefore initiate an orderly process on how to deal with the situation," said the DFB President on Friday at Doha International Airport.

What you say when you have to say something but actually have nothing to say.

Bernd Neuendorf, 61, former State Secretary in the Family Ministry of North Rhine-Westphalia, who has been the top representative of German football since March of this year, first wants to decide how exactly the World Cup end of the German men's national team should be processed - and only then the deal with the crisis yourself. You know such sentences from the DFB: We have recognized the problem, give us a little time, then the analysis will come, which will of course be "relentless". Regardless of names, after all, it's about the good of football.

It sounded similar in 2018 when the German national team was eliminated from the World Cup after the preliminary round, and it sounded similar when they failed in the round of 16 at the 2021 European Championship. What followed the great self-reflection was very manageable: nothing happened in 2018. In 2021 national coach Löw left; However, he was not fired by the DFB, he fired himself.

The performance principle is overridden at the DFB, which is amazing for a sports association that is always about the next game, points, goals and standings. National coach Hansi Flick recently announced that he was looking forward to the 2024 home European Championship; DFB director Oliver Bierhoff also said he saw no reason to resign - "although I have few arguments after three disappointing tournaments".

Bierhoff has worked for the DFB for 18 years, under his leadership the national team became world champions in 2014, which seems to be a credit for eternity. Bierhoff is the survivor in the association, the survivor of all storms and crises, and of course that radiates down to the more than 500 DFB employees: If the boss doesn't have to perform, why should we?

At the DFB, reforms have remained mere assertions in recent years. The energy was needed for internal quarrels, for the cockfights of graying men. Since 2004, seven different presidents have headed the DFB, and Bernd Neuendorf is now the eighth. In addition, the summer fairy tale had to be legally processed, the presumably bought home World Cup 2006.

Meanwhile, DFB director Bierhoff set up a plush retreat for the men's national team when it came to major tournaments. The team lived on a small island when they won the World Cup in Brazil, and most recently in Qatar in a wellness resort 100 kilometers from the World Cup center in Doha.

There has always been a German special way when looking for quarters. The preparation of a G7 summit should not be any more complex than the DFB's scouting for a hostel for its senior internationals. But all of this only distracts from the core business, as the early failure at the 2022 World Cup showed. The all-round care of the team is world champion, their performance hasn't been for a long time.

Since the resignation of Miroslav Klose in 2014, the national team has been missing a centre-forward, as well as competitive full-backs. Apparently an unfortunate coincidence for the DFB, a whim of nature – for a long time nobody wanted to recognize that there was a structural problem behind it, that the promotion of talent had to be readjusted. That would have required changes, new heads in management positions too, but that's not how the DFB works. He rewards loyalty, not performance.

In addition to the crisis on the pitch, there is now also a sport-political one. The two weeks of the World Cup in Qatar have shown how severe the loss of importance suffered by the DFB in the world association Fifa is. The DFB, with seven million members the largest national sports association in the world, is only perceived as one voice among many. Fifa's ban on the one-love bandage can also be seen as a slap at the raised index finger of the Germans. The DFB is no longer an authority, just a pseudo-giant.

In general, the binding debate: Neuendorf and Bierhoff have completely underestimated the force of the topic. Apparently their expectation was to do a bit of publicity for human rights and diversity, get applause for it, and then just play football in Qatar. It was then to be completely different: At home, in Germany, they obviously wanted a team that would fight for good like an NGO. And in Qatar, on the other hand, the World Cup hosts felt unkindly instructed and attacked. It was too little and too much at the same time, what the Germans wanted with their bandage; it could only fail. And you should have known that.

President Neuendorf now wants to look ahead, as he says. What he sees on the horizon is the EM 2024 in Germany. Building a competitive team for the tournament is the job of the coach – and Hansi Flick will probably stay that way. The much greater task is to rally the country behind the team again. The World Cup in Qatar was a disturbing one, human rights violations, dead construction workers, persecution of homosexuals all alienated many fans from football. Add to that the disappointing games of the national team, and that also deepened the gap.

How will things continue now? A prognosis is dared here: The so-called ruthless analysis will be a long time coming, followed by self-accusation including expressions of humility ("we have understood, we have learned"), and then it will continue as before. At the DFB, everyone gets a second, third or fourth chance. He does not have self-renewal in his program. Neither on the lawn nor in the officials' offices. 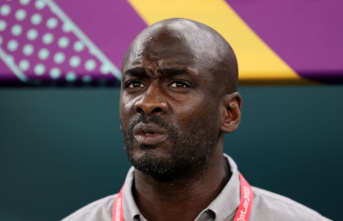