The Government of Pedro Sánchez once again uses the strategy of distributing aid in an autonomous community that is going to hold elections soon, just as it did in Castilla y León a few months ago. 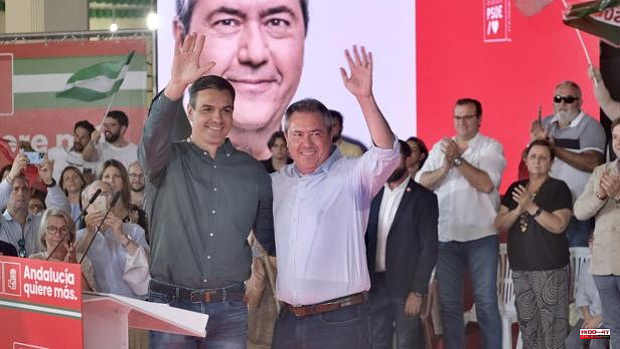 The Government of Pedro Sánchez once again uses the strategy of distributing aid in an autonomous community that is going to hold elections soon, just as it did in Castilla y León a few months ago. Now, it will irrigate Andalusia with 79.4 million euros just two days after the start of the electoral campaign that will end with the elections that will take place on June 19 and when the polls predict dismal results for the socialist candidate Juan Espadas .

The Second Vice President of the Government and Minister of Labor and Social Economy, Yolanda Díaz, announced today at the press conference after the Council of Ministers a specific employment plan for Andalusia endowed with 50 million euros to improve the employability of the long-term unemployed duration, over 45 years and young people.

Díaz has justified this measure in the high unemployment rates registered in this community, "19.5% compared to 13.6%" of the national average, as he has stated. He has also emphasized that youth unemployment in Andalusia "is almost six points higher" than the Spanish rate.

He has underlined that the Government "turns back with 50 million euros" for this employment plan, as it did last year, as he recalled. What the minister has not said is that last year they granted another 50 million, but it was in mid-July.

On the other hand, the Council of Ministers has approved, at the request of the Ministry for the Ecological Transition and the Demographic Challenge, the distribution to the autonomous communities of 90 million euros from the 2022 budget year for the recovery of areas affected by mining, charged to the Recovery, Transformation and Resilience Plan (PRTR). "The funds will allow actions in at least 89 locations selected by consensus with the autonomous communities after more than a year of intense work," according to the ministry.

Andalusia, with 29.4 million, is the autonomous community that will receive the most aid, followed by Castilla y León, with 17.1 million, and Cantabria, with 10.8 million. The Region of Murcia is not included in the agreement due to the unique treatment granted to the mining basins around the Mar Menor, which will receive 40 million, as established by Royal Decree-Law 27/21.

1 The promoter of the CGPJ closes the investigation... 2 The University of Alicante and Hidraqua will organize... 3 Weekly balance of covid in Castilla-La Mancha: more... 4 Suma lowers the cost of its management and generates... 5 Taxi protest this Wednesday between Neptuno and Colón... 6 The administrator sets a price of 75 million for the... 7 The EU agrees to strengthen the manufacture of weapons... 8 The vindication of water as a strategic good 9 The Supreme confirms the conviction of four civil... 10 The defense of the 'new status' of Urkullu,... 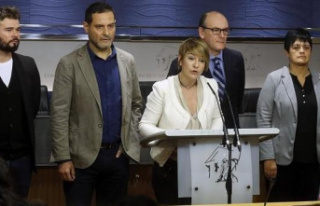 The promoter of the CGPJ closes the investigation...