Prado, on the appointment of Feijóo: "You can be a senator and spokesperson for the opposition"

“My style is already known”, introduced this Monday the new general secretary of the Galician Popular Party, Paula Prado, from Parliament. 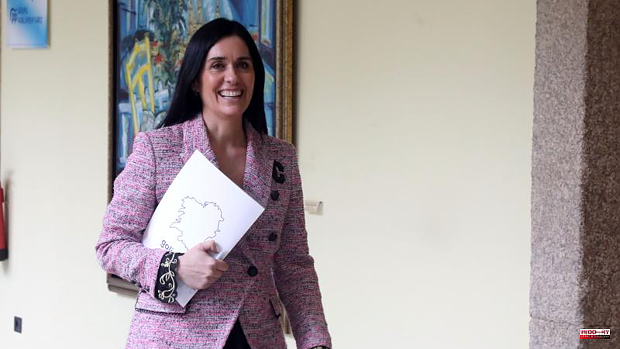 “My style is already known”, introduced this Monday the new general secretary of the Galician Popular Party, Paula Prado, from Parliament. Prado, who had already been her spokesperson, made clear her intention to preserve the "legacy" of former president Alberto Núñez Feijóo from his new position in the party, although "implementing some things." For now, and at his premiere, the new general secretary defended Feijóo before his imminent appointment as regional senator scheduled for the extraordinary plenary session on Tuesday, along with that of Miguel Tellado. “It is compatible, it is possible” to be a senator by regional appointment and spokesperson for the opposition, he clarified to ask himself “who better” to defend Galicia in the Upper House than whoever has “the plus” of having been revalidated by the Galicians two years ago at the polls with the fourth absolute majority, and after having governed the Community for the last 13 years.

In his speech, Prado had no qualms about charging against criticism from the opposition, whom he accused of deploying a strategy of "wearing down" the figure of Feijóo for the "alternative" that represents the Government of Pedro Sánchez. In addition, the popular one pulled from memory to reply that the socialists elected Xaquín Fernández Leiceaga in their day after "losing" the elections and the BNG to Xosé Manuel Pérez Bouza, despite the criticism that the nationalists make of that same chamber. "We received with astonishment", he summed up before the controversy over the appointment, that the opposition forces announce that "they will not support" the election of Feijóo and Tellado "when it is clear that they are the two politicians who best know" the Community, after 13 years of government "with four absolute majorities" and the "support of all Galicians. Prado also described as "tremendously demagogic" to say that Feijóo and Tellado are chosen to "save" two salaries, since that is as much as "also recognizing" that the positions of representation of the BNG "are to fill the pockets of their training" , plot.

His words fell on deaf ears with regard to socialists and nationalists, who took advantage of Monday's session to insist on their criticism of the matter. The national spokeswoman for the BNG, Ana Pontón, confirmed that her formation "no" will support the appointment as regional senators of the former president of the Xunta and leader of the PP and the former secretary general of the Galician PP. "In politics, not everything goes," said Pontón to explain that if Feijóo "takes that path, it is in his interest," because, he imagines, he said, he wants to "have immunity" and, incidentally, "save two salaries for the PP ». For his part, the parliamentary spokesman for the PSdeG, Luis Álvarez, made ugly that “Feijóo is not interested in Galicia or the interests of this Community, what he is interested in is having a position to wear down Sánchez and, incidentally, woo the extreme right of Vox". “There were Galician presidents such as Manuel Fraga or Fernando González Laxe who were senators by regional appointment after being president but they did not adulterate the position or deviate from their functions,” said the socialist spokesman for the appointment on Tuesday.

After the extraordinary session for the election of the senators by regional designation on Wednesday, the next one will begin with the substitution of the vice-presidency of Parliament, a position that until now was held by the Minister of the Presidency, Public Administrations, Justice and Sports, Diego Calvo. Elena Candia, in turn deputy spokesperson in the group, is the proposal that the popular have made for this relief in the executive of the Legislative Chamber. However, reports Ep, the restructuring of the group has not been carried out while also waiting to address the issue with the spokesman, Pedro Puy, still convalescing after his cardiac episode, although this Sunday he made his first public reappearance to go vote to the congress of popular Galicians that has elected Alfonso Rueda as party leader.

1 Sangenjo breaks hotel occupancy records on the weekend... 2 ABC editor Montse Serrador will perform the Exaltation... 3 The Taking of Granada, the historical event that Congress... 4 The Generalitat promotes an industrial development... 5 Villarejo asks the judge to return some microtapes... 6 The tears of Jorge Molina: when passion has no age 7 Dress rehearsal of the 52 Super Series in the Rías... 8 A historic champion trio: Real Madrid, Bayern and... 9 Israel extends its war with the Revolutionary Guard... 10 The FBI issues a search and arrest warrant for Cao... 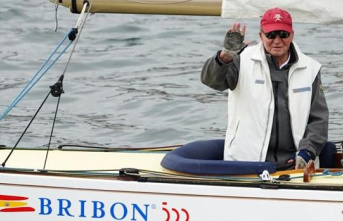