ABC journalist Montse Serrador will be in charge, this year, of the Exaltation of the Eucharist, on the eve of Corpus Christi, in the Cathedral of Valladolid, in an event traditionally organized by the Brotherhood of the Holy Supper of this city. 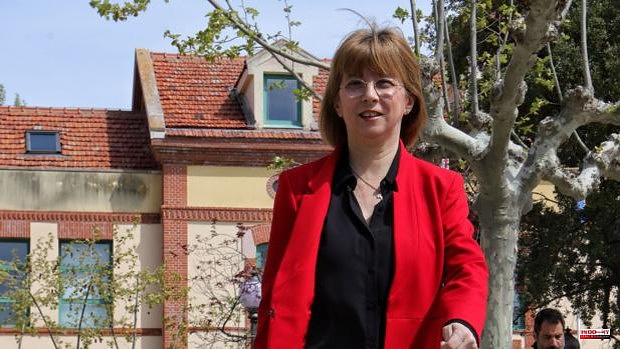 ABC journalist Montse Serrador will be in charge, this year, of the Exaltation of the Eucharist, on the eve of Corpus Christi, in the Cathedral of Valladolid, in an event traditionally organized by the Brotherhood of the Holy Supper of this city

In this edition, the celebration coincides with the recovery of the traditional Corpus Christi procession, which will take place on Sunday, June 19, at seven in the afternoon, through the central streets of Valladolid, The traditional Eucharistic parade, with the Custody of Juan de Arfe in his Triumphal Car, has not been celebrated since 2019 due to the health restrictions derived from the pandemic.

The act of Exaltation will take place on Saturday, the 18th, at eight in the afternoon in a solemn celebration that begins with a brief procession through the interior of the metropolitan temple, Sunday Mass (since it is the eve of a holiday) and the Major Exposition of the Holy.

Once this rite is over, this year's offerer, Montse Serrador, will deliver her speech before Jesus in the Blessed Sacrament.

The Exaltation of the Eucharist celebrates this year its XXXVII edition. In previous years, the proclamation has been made by different personalities from the world of the Church, culture, journalism or other public activities. It is worth noting the preaching carried out in 2019 by the Cardinal Emeritus of Seville, Carlos Amigo, recently deceased, or, a year later, that of the Cardinal Archbishop of Valladolid, Ricardo Blázquez, who a few days ago received the title of Favorite Son of Valladolid and that, in the near future, the Pope is expected to accept his resignation after serving 80 years and be relieved by a new prelate.

The Penitential and Sacramental Brotherhood of the Holy Supper has put on this special occasion enthusiasm in the celebration of the Solemnity of Corpus after two pandemic courses and the celebration with restrictions in the Cathedral in the years 2020 and 2021.

1 The Taking of Granada, the historical event that Congress... 2 The Generalitat promotes an industrial development... 3 Villarejo asks the judge to return some microtapes... 4 The tears of Jorge Molina: when passion has no age 5 Dress rehearsal of the 52 Super Series in the Rías... 6 A historic champion trio: Real Madrid, Bayern and... 7 Israel extends its war with the Revolutionary Guard... 8 The FBI issues a search and arrest warrant for Cao... 9 Russia's first senior diplomat resigns in protest... 10 The invasion of Ukraine raises the number of displaced... 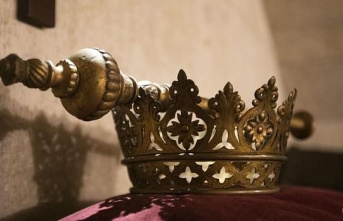 The Taking of Granada, the historical event that Congress...