The municipality of Sanxenxo has registered record hotel occupancy figures with the presence of King Emeritus Juan Carlos I since his arrival last Thursday until his departure from the tourist town on Monday. 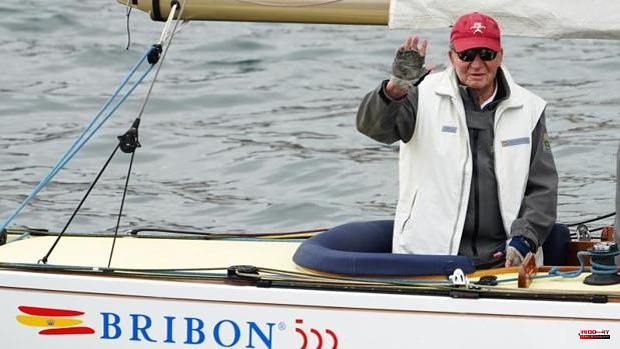 The municipality of Sanxenxo has registered record hotel occupancy figures with the presence of King Emeritus Juan Carlos I since his arrival last Thursday until his departure from the tourist town on Monday. Thus, with more than 200 accredited media, the hotels have been full or with 80% occupancy, while another example of this has been that parking has collected 131% more than the same week in 2019.

Through a statement, the Sanxenxo City Council highlights that “there has not been an hour in which the different information channels have not reported and offered images of the town. It is calculated, although the figures will be released later, a media impact of "tens of millions of people with the broadcast of news, magazines, entertainment and heart programs that" have spoken of Sanxenxo ", collects Europa Press.

The mayor, Telmo Martín, has expressed "the general sentiment" of the residents, who are "very grateful to the media that transmitted the beauty and hospitality of Sanxenxo throughout Spain." "Thank you very much from the bottom of my heart," he said.

The example that comes closest to this informative monitoring is the Volvo Ocean Race, which in 2005 concentrated half of the media that have now traveled. Then the informative attention was focused on a day or two, coinciding with the celebration of the regatta prior to departure. On this occasion it has been for a week and, especially, since the arrival of Don Juan Carlos on Thursday and until this Sunday, a period in which Sanxenjo has been "the media and informative focus inside and even outside of Spain," highlights the City Council .

In fact, he points out that the interest generated by the visit and the media attention has translated into occupation and consumption data "much higher" than what is usual in the Galician Literature week of May. The hotels have been full in many cases and in others with a very high occupancy level, which means an average of over 80%, according to the president of the Sanxenxo Tourism Cluster, Alfonso Martínez.

Another significant figure was the collection of parking this week, 131% more than the same week in 2019 before covid. There have also been significant increases in water consumption and garbage generation.

“We believe that the best is yet to come. Sangenjo will notice it in the coming weeks and months," said Martín, who pointed out that the image that was released by the media "will help many Spanish families be curious about the place."

1 ABC editor Montse Serrador will perform the Exaltation... 2 The Taking of Granada, the historical event that Congress... 3 The Generalitat promotes an industrial development... 4 Villarejo asks the judge to return some microtapes... 5 The tears of Jorge Molina: when passion has no age 6 Dress rehearsal of the 52 Super Series in the Rías... 7 A historic champion trio: Real Madrid, Bayern and... 8 Israel extends its war with the Revolutionary Guard... 9 The FBI issues a search and arrest warrant for Cao... 10 Russia's first senior diplomat resigns in protest... 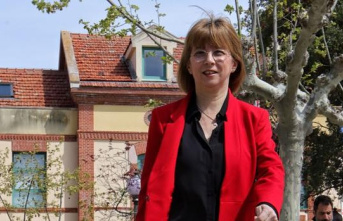