Married on Valentine's Day the previous year, on April 2, 2021, a couple discusses the sale of their home in Martorell. 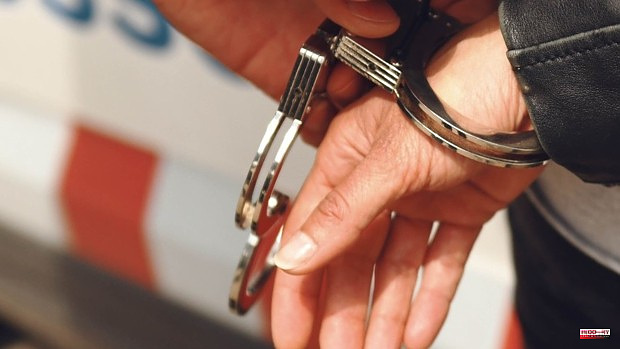 Married on Valentine's Day the previous year, on April 2, 2021, a couple discusses the sale of their home in Martorell. Her intention was to get rid of said apartment to acquire another in El Prat de Llobregat (Barcelona), but at around two in the morning, he, tired of thinking about it, goes to sleep in her room.

Two hours later, he gets up to drink water and his wife, who was in the living room, wanted to resume the discussion. He refused and returned to the room where, with the lights off, she threw some of the liquid on his face, after which he left the room and closed the door.

When a while had passed, the woman returned to the room with a clay pot, weighing about three kilos, and threw it at her partner's head.

He got up after the impact and she hit him again with another pot, this time plastic. She then started kicking and scratching him.

The attack did not end there. The victim walked into the kitchen where she picked up a bread mixer. His wife, seeing him, took a knife, also made of bread, with a 21 centimeter blade, and caused several cuts on her arms, with which the man protected her torso. After that he took refuge in the bathroom, where he covered the wounds with a towel.

Seeing that his partner was still following him, he put on his pants over his pajamas and a jacket to get out of the house and escape from his attacker. As he did so, she cut him again with the same knife.

As a result of the assault, the man required stitches. She suffered injuries that took 20 days to heal, 15 of them preventive, according to the indictment of the Prosecutor's Office, which asks for a sentence of 15 years in prison for an attempted murder with aggravating circumstances of kinship and treachery.

In the event that in the trial - which will be held next week at the Barcelona Court - this crime is not proven, the Public Prosecutor's Office alternatively and subsidiarily requests a sentence of five years in prison for injuries with a dangerous instrument. The woman has been in provisional prison since she perpetrated the attack and the victim does not claim for the injuries or the aftermath.

1 Hello. The Church in Ready and Alba opens its doors... 2 Last minute of covid in Castilla-La Mancha: 24 deaths... 3 Josu Ternera will sit on the bench in 2024 for the... 4 Historic visit: the Supreme Court will sit in Quebec 5 Miguel Ramos: "In the Cádiz Association with... 6 Grenoble: Gérald Darmanin asks the prefect to suspend... 7 Arechabaleta promises to position Lezama as "an... 8 Peugeot bets on selling only electric cars in 2030 9 The Generalitat certifies that there were no irregularities... 10 Nine arrested in the framework of an anti-drug operation... 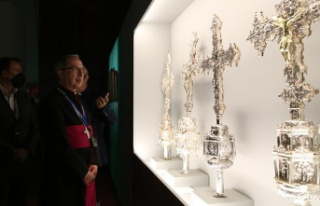 Hello. The Church in Ready and Alba opens its doors...