The Minister of the Interior followed through on his threat. 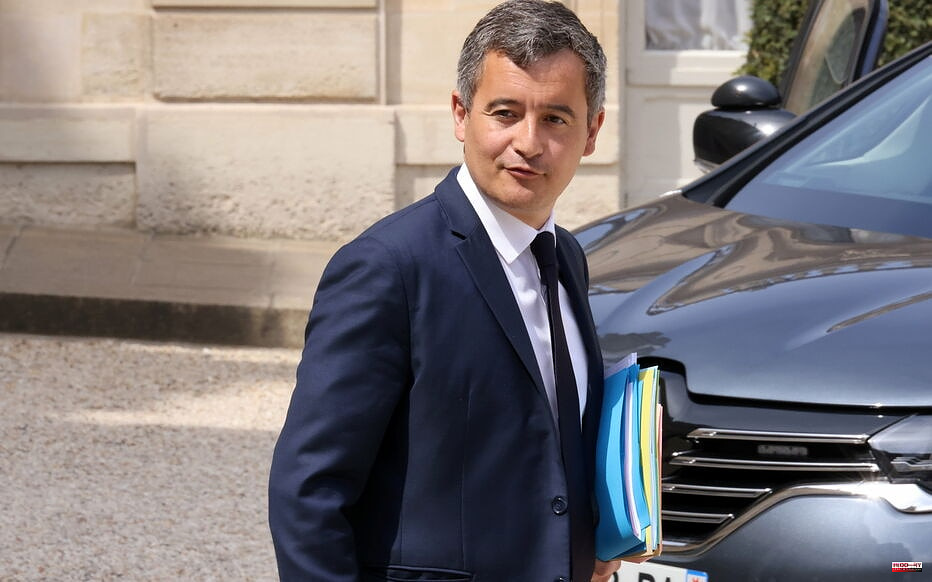 The Minister of the Interior followed through on his threat. In a tweet published on Tuesday, Gérald Darmanin castigates "the unacceptable community provocation" about the decision to authorize the use of the burkini in the swimming pools of Grenoble, by the city council of the city on Monday evening and which has been controversial since. Several weeks. He adds a political dimension to it by recalling that the mayor of Grenoble, Éric Piolle, is a supporter of Jean-Luc Mélenchon in the middle of the legislative campaign.

Mr. Piolle, support of Mr. Melenchon, plays the unacceptable community provocation, contrary to our values. I have instructed the prefect to refer to "secularism" the deliberation allowing the wearing of the "Burkini" and, if necessary, to request its withdrawal.— Gérald DARMANIN (@GDarmanin) May 17, 2022

“Mr. Piolle, support of Mr. Mélenchon, plays the unacceptable community provocation, contrary to our values. I have instructed the prefect to refer to "deferred secularism" the deliberation allowing the wearing of the "Burkini" and, if necessary, to request its withdrawal", wrote the still tenant of Place Beauvau pending the constitution of a new government led by Elisabeth Borne.

Indeed, the "Separatism law", adopted last year, introduced the possibility, for the prefects, to request the suspension of the execution of an act of a community which would seriously undermine "the principles of secularism and neutrality of public services". After a referral by the prefect, it will be up to the judge to decide whether or not to suspend the decision in question.

Read alsoBurkini, monokini, bikini... where does the summons to undress that affects women come from?

As of Sunday, the prefecture of Isère had announced that the prefect would ask the administrative court to cancel the authorization of the burkini at the swimming pool if the municipal council of Grenoble modified the regulations of swimming pools in this direction. "In accordance with the instructions he received from the Minister of the Interior Gérald Darmanin, the prefect of Isère will seize the administrative court of Grenoble in the event of adoption of this deliberation", indicated the prefecture in a press release.

This deliberation, "whose manifest objective is to yield to communitarian demands with religious aims, appears to contravene the principle of secularism laid down by the law of 1905 as well as the provisions of the law of August 24, 2021 confirming respect for the principles of the Republic,” the statement added. However, "the mayor, within the framework of his powers, if he must guarantee the religious freedom of his constituents, must also ensure that these rules are respected", according to the prefecture.

The Grenoble city council gave the green light on Monday to wearing the burkini in municipal swimming pools, after a tight vote on a divisive theme, at the heart of a national controversy for weeks. Green mayor Éric Piolle, leading a broad left-wing coalition, managed to muster the necessary number of votes despite 13 members of his own majority saying they "disagree" and dissociate themselves from the very sensitive vote .

The deliberation was adopted by 29 votes for, 27 against and two abstentions, after 2h30 of sometimes tense debates.

1 Arechabaleta promises to position Lezama as "an... 2 Peugeot bets on selling only electric cars in 2030 3 The Generalitat certifies that there were no irregularities... 4 Nine arrested in the framework of an anti-drug operation... 5 Logging: a scandalous report according to the Atikamekw 6 Monkeypox in the UK: WHO wants to shed light 7 Summary of Tomorrow belongs to us episode 1187 of... 8 Ander Mirambell gets off the sleigh 9 Van Bronckhorst: "The final will only be beautiful... 10 Girmay, to the hospital after hitting the cork of... 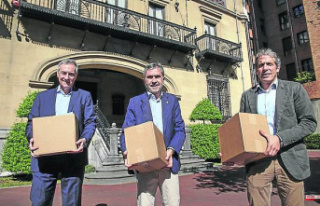 Arechabaleta promises to position Lezama as "an...