Hello. The Church in Ready and Alba opens its doors in Alcañices (Zamora)

Some 70 people have attended this Tuesday in Alcañices (Zamora) at the official opening of the exhibition 'Salus. 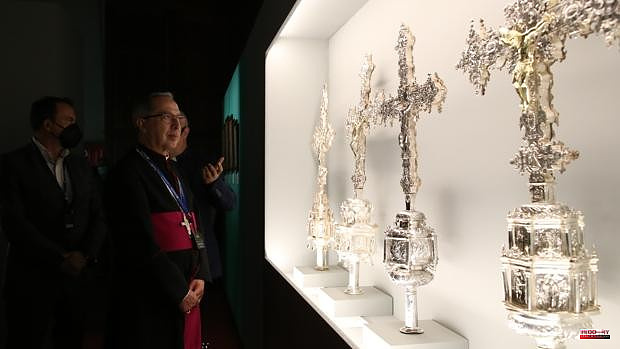 Some 70 people have attended this Tuesday in Alcañices (Zamora) at the official opening of the exhibition 'Salus. The Church in Aliste and Alba', which offers a tour of 19 centuries, from the 3rd to the 21st, through 172 works of sacred art commonly used in the parishes of both counties, including nine pieces from Portugal.

The Bishop of Zamora, Fernando Valera, has presided over the opening ceremony held in the courtyard of the old Convent of San Francisco, in which the curator of the exhibition, José Ángel Rivera, has intervened; the general director of Cultural Policies, Inmaculada Martínez; the president of the Zamora Provincial Council, Francisco José Requejo, and the mayor of Alcañices, Jesús Lorenzo.

The exhibition, promoted by the parishes of the Aliste-Alba archpriesthood, includes archival documents, books, photographs and cinematographic images, as well as stone objects, sculptures, paintings, gold and metalwork pieces.

The exhibition is sponsored by the Junta de Castilla y León, the Provincial Council of Zamora, the Alcañices Town Council, the Caja Rural de Zamora Foundation, the La Caixa Foundation, the Terzo Pilastra Internazionale Foundation and the Larramendi Foundation, with the collaboration of the Foundation 'The Ages of Man'. After King Felipe VI accepted the Honorary Presidency, it is expected that a member of the Royal House will attend the exhibition, which can be visited until October 31.

The itinerary of the exhibition is structured in six sections: 'The territory and its churches', 'Signed and guided by the cross', 'Around the table of the Lord', 'El Salvador, his mother and his friends', ' Associations, devotions and traditions' and 'The eternal rest'.

The general director of Cultural Policies, Inmaculada Martínez, recalled that she has been in office for "four days" but that due to her "Marian devotion" she valued the exhibition in a special way. In addition, she Inmaculada Martínez has valued the richness of the exhibition "which, perhaps, was hidden" and has praised the possibility of "bringing it to light and showing it to others".

For his part, the president of the Zamora Provincial Council, Francisco José Requejo, has emphasized the "rich historical heritage" that the parishes of Alba and List host. “In this exhibition you have a first-rate showcase from which to show the work of the Church in these areas through its history and its artistic works,” he celebrated.

Requejo Rodríguez has stressed that the cultural and heritage initiative "is the result of a proposal from the Archpriesthood of Aliste and Alba and also from the Alcañices City Council", as a "clear example of openness and closeness" with society. "The artistic treasures preserved and also preserved for centuries in the churches of Alba and Aliste can be enjoyed by all those who come to visit this exhibition during these months," he summarized.

For his part, the bishop of Zamora, Fernando Valera, has considered that "the archpriesthoods of Alba and Aliste stand up and raise their heads" and that "they show the beauty of their roots with history, that beauty preserved by dint of tenacity ». He has also broken a spear in favor of the most depopulated Spain. “In the world of great megacities and efficiency, in the midst of the war of the powerful, we continue to choose the one who lived in Nazareth, a village lost in the insignificance of Judea”, he recalled.

Finally, the mayor of Alcañices, Jesús Lorenzo, has pointed out that the historic complex of Alcañices is "one of the oldest" of those located between the border of Spain and Portugal, of which there is already evidence since 1175. "There we have its a name of Arabic origin, as well as its Templar, Jewish and noble past", he indicated, "the cross-border character and geographical characteristics cause in this project a marked sense of union, brotherhood and fraternization between Spanish and Portuguese citizens".

1 Last minute of covid in Castilla-La Mancha: 24 deaths... 2 Josu Ternera will sit on the bench in 2024 for the... 3 Historic visit: the Supreme Court will sit in Quebec 4 Miguel Ramos: "In the Cádiz Association with... 5 Grenoble: Gérald Darmanin asks the prefect to suspend... 6 Arechabaleta promises to position Lezama as "an... 7 Peugeot bets on selling only electric cars in 2030 8 The Generalitat certifies that there were no irregularities... 9 Nine arrested in the framework of an anti-drug operation... 10 Logging: a scandalous report according to the Atikamekw 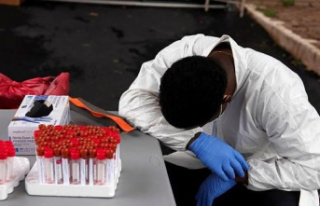