New York borough of Brooklyn: The mystery of a woman who went to a clinic and disappeared 32 years ago has been solved

A missing persons case in New York that has been going on for more than three decades has been solved by a stroke of luck and meticulous research. 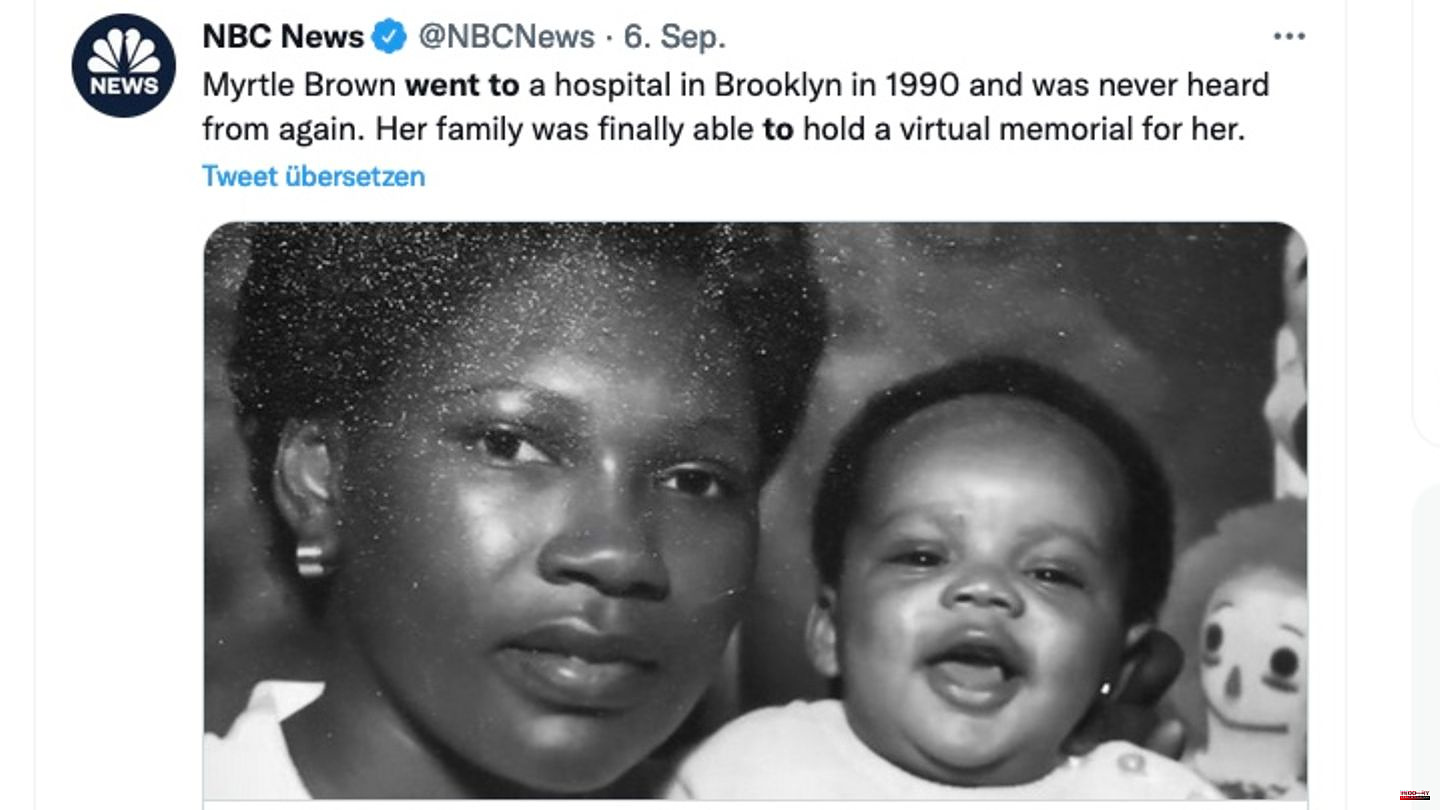 A missing persons case in New York that has been going on for more than three decades has been solved by a stroke of luck and meticulous research. City officials recently announced they have resolved the fate of Myrtle Brown, a woman who disappeared from Brooklyn in 1990, reports Just the News.

Brown was visiting her best friend in New York in May 1990 when her purse was stolen. It contained the medicine for her epilepsy and her ID card. At some point she said that she was not feeling well and went to get new medication, Eboney Brown recalls on the US broadcaster NBC News on the day her mother disappeared. "She ended up going alone," says Brown, who was 13 at the time. "And that was the last we heard from her."

For weeks, Eboney's grandmother and other family members scoured local police stations and hospitals without finding a trace of Myrtle Brown. The 35-year-old's fate remained unknown until earlier this year, when her brother Robert happened to be listening to an NBC Nighty News broadcast about an open-case unit at the New York City Medical Examiner. In the report, he saw a missing person's poster featuring a facial reconstruction, an instrument in which investigators recreate the heads of the disappeared as a clay model . Robert thought he recognized his sister in it and contacted the authorities there.

"I saw a young woman who might or might not be my sister and I was like, 'Wow, I wonder if that could be her,'" the brother told NBC News.

As it turned out, the person shown on TV wasn't Myrtle Brown, but Brown's family was able to provide enough information to New York authorities that they began investigating. "I looked at the reconstruction and realized it was probably a middle-aged black woman," NBC News quoted Dr. Angela Soler, Associate Director of Forensic Anthropology. "It all matched what the family was telling us, and we were also informed that she had disappeared in May 1990, so I knew exactly where to start my search."

For nearly two months, Soler reviewed records of "unverified strangers" or missing persons with a potential name that has not been verified or confirmed. She started her search on May 1, 1990, until she arrived on May 17, 1990 and found a putative match for Myrtle Brown in a file on a woman who had died in Brooklyn.

"In this case, the information included the date she died," Soler explains. "She died in Brooklyn, which is consistent with the family, who informed me that she received medical care in Brooklyn." In addition, the file contained both a matching assumed name and birth date, and the medical information about the missing person provided by Myrtle Brown's family also matched the information in the file.

Soler reportedly notified Myrtle Brown's family and sent them a photo of the deceased from the file. "As soon as I saw the photo, I knew it was her," Brown's daughter, Eboney, tells NBC News. "I never thought she died, I thought maybe she just wanted something different out of life. I didn't know, to be honest, I was just confused and sad."

Myrtle was reportedly never registered or admitted to King's County Hospital, and the only information she gave the hospital was her name and date of birth. While waiting in the emergency room, she suffered a seizure and died.

Decades of uncertainty have now ended for Myrtle Brown's family and friends. They held a virtual memorial service for the deceased, according to NBC, and Robert and Eboney Brown said their family was relieved to finally know what happened to their beloved sister and mother.

1 Start of the season: Where to watch NFL games on TV 2 "We got along really well": Terzic before... 3 On the king's road: Balmoral – the intimate... 4 Media: "Contemporary context": MDR only... 5 Russian invasion: How much Russia is still in the... 6 Index: proportion of women in top public floors is... 7 Background: Rivian and Mercedes want to cooperate:... 8 Mask requirement: is the plane safer than the train... 9 Concern for Elizabeth II: Royal Airforce plane lands... 10 Zac Efron: "Baywatch" shooting made it difficult... 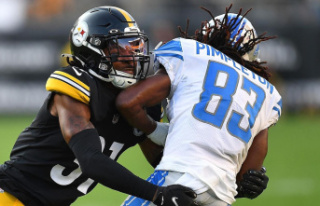 Start of the season: Where to watch NFL games on TV