The commotion caused in Germany during the Pentecost bridge by the leak of the alleged intention of the Spanish government to send 40 Leopard 2 battle tanks to Ukraine, has been dissipating thanks to several bilateral contacts that have denied the project to Berlin and have suggested that it was only a "technical deliberation that has not gone through a political decision". 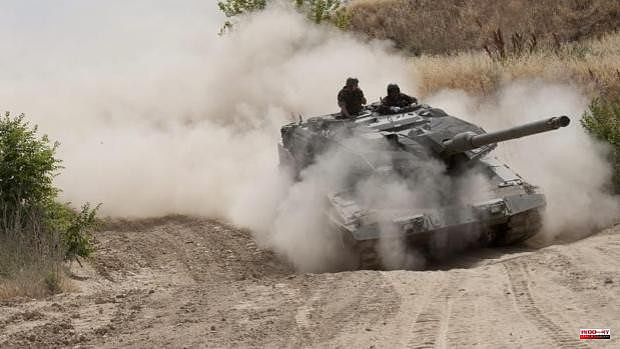 The commotion caused in Germany during the Pentecost bridge by the leak of the alleged intention of the Spanish government to send 40 Leopard 2 battle tanks to Ukraine, has been dissipating thanks to several bilateral contacts that have denied the project to Berlin and have suggested that it was only a "technical deliberation that has not gone through a political decision".

The Leopard 2s are German-made heavy weapons and as such are subject to the "transfer clauses to third parties" contained in export contracts and that require a German authorization in case of shipment to other countries, especially if it is in war, for which Germany does not usually grant permission.

In the event that Berlin had agreed to this hypothetical shipment, moreover, it would have been the first time that a NATO member had delivered battle tanks to Ukraine and the Social Democratic chancellor was quick to report in public that «Germany has not received any authorization request".

More discreetly, the German government warned Spain through several telephone calls that such a step would deviate from the tacit agreement between the Western Allies not to supply kyiv with battle tanks, respecting the priority granted by the Alliance not to take any action that could be used by Putin as an excuse to open an open confrontation between Russia and NATO. In those same conversations, the Berlin authorities were reassured that the Madrid leak occurred without anyone in the government really familiar with the matter being involved.

The affair, which turned out to be a dust cloud, has however had serious consequences for the German government. The news forced a position regarding the alleged shipment of weapons to all members of the government and it has become clear that the members of the "traffic light coalition", of which Social Democrats, Liberals and Greens are part, are at odds on the matter. While liberals and greens are in favor of taking more steps to arm Ukraine, Scholz's Social Democrats reject this strategic line. The tension has reached such a point that Scholz, in order to avoid cracks that endanger the continuity of his government, has been forced to recognize that there is no "absolute principle" in this regard and will continue to deliberate. The German chancellor has insisted, however, that he speaks regularly with NATO partners and for the moment the delivery of battle tanks is "excluded". The position, for its part, has taken advantage of this gap to pressure and criticize Scholz even more forcefully for denying Ukraine the necessary support to stop Putin.

Several media outlets have reported that Spain has apologized to Berin for the leak and has expanded on the state of the tanks that the Spanish army actually has, described as “old” and “in poor maintenance condition”. These are 40 tanks purchased in 1995 and stored in Zaragoza, of which only ten units are actually operational. They claim that the tanks are so dilapidated that they would only be ready for delivery in many months and after an upgrade process.

1 Macron and Mélenchon rise, Le Pen stagnates and the... 2 Due to knee issues, Pope cancels Congo-South Sudan... 3 Asylum seekers make UK legal bid for Rwandan deportations... 4 Bucha residents fight for their homes during wartime... 5 The 'chemsex', video games and social networks... 6 They arrest in La Puebla de Almoradiel a person in... 7 On trial the macho crime of Santa Úrsula: he strangled... 8 Two years in prison for former directors of the Catalan... 9 The Bank of Spain cuts its GDP forecast to 4.1% and... 10 Strike over wages leads to the arrest of dozens of... 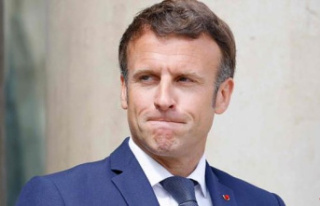 Macron and Mélenchon rise, Le Pen stagnates and the...