On trial the macho crime of Santa Úrsula: he strangled his partner and hid her in a septic tank

The trial of the sexist crime in Santa Úrsula (Tenerife) begins this Monday in which the confessed murderer will take the stand, who suffocated his 43-year-old ex-partner by making him the 'mataleón' key and hid his body in a septic tank. 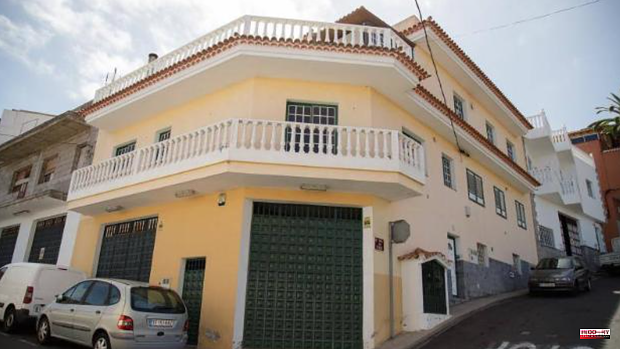 The trial of the sexist crime in Santa Úrsula (Tenerife) begins this Monday in which the confessed murderer will take the stand, who suffocated his 43-year-old ex-partner by making him the 'mataleón' key and hid his body in a septic tank.

It was a neighbor who warned that he had not seen the victim for days, warning that it could be a macho aggression since The victim, according to police sources, had denounced the man for aggression during confinement and the Santa Úrsula Local Police had stopped him. It was the Civil Guard that found the body in July 2020, inside a septic tank located in the garage of the house in the municipality of Santa Úrsula.

The discovery occurred a day after her ex-partner was arrested, a man whom the victim had already denounced. It was as a result of this complaint that the relationship between the two ended and with which the investigation began, which resulted in the arrest of the ex-partner of the woman who had disappeared until then. The crime was committed while a restraining order of the aggressor was in force with the victim.

The aggressor has a dependency on opiates that according to the Chamber does not alter his intellectual or volitional faculties or what is the same, he knew what he was doing and the consequences of his actions. In July 2020 he agreed to visit her ex at her house and after arguing with her, he practiced the 'mataleón' key, with "the intention of ending her life", according to the car.

To do this, he placed himself behind her back so as not to give her the chance to defend herself and suffocated her, causing her death by strangulation. Later, she hid her body in a septic tank.

The aggressor recognized himself as the author of the crime and it was he himself who provided the instructions to the judicial commission on how to locate the body.

1 Two years in prison for former directors of the Catalan... 2 The Bank of Spain cuts its GDP forecast to 4.1% and... 3 Strike over wages leads to the arrest of dozens of... 4 Russian suspect pleads for the acquittal in Dutch... 5 Israeli settlers are at risk of losing West Bank special... 6 Scholz of Germany urges Serbia and Kosovo to engage... 7 Natalia Lacunza: «There are sexists who ask for forgiveness... 8 New studies confirm Pedro Cavadas' thesis on... 9 A look into the metaverse, the virtual environment... 10 Zimbabwe's fears of rising prices are reflected... 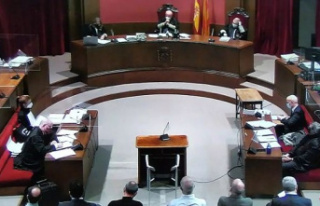 Two years in prison for former directors of the Catalan...