Macron and Mélenchon rise, Le Pen stagnates and the PS, invisible according to the latest polls

According to the latest polls on Friday, Emmanuel Macron's party will win the first of the legislative elections, next Sunday, and could have the majority in the second round, on Sunday the 19th, followed, as the second national political force, by the populist far-left coalition led by Jean-Luc Mélenchon,. 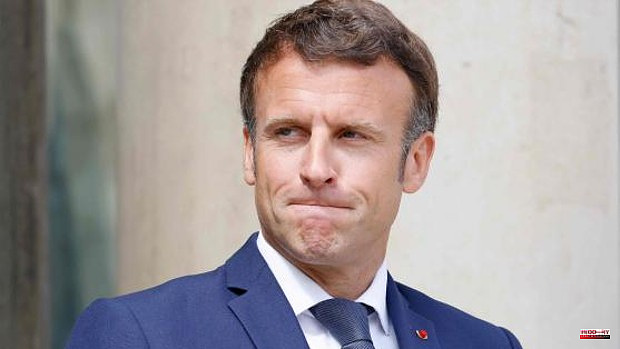 According to the latest polls on Friday, Emmanuel Macron's party will win the first of the legislative elections, next Sunday, and could have the majority in the second round, on Sunday the 19th, followed, as the second national political force, by the populist far-left coalition led by Jean-Luc Mélenchon,

According to the survey published by 'Les Echos' (financial reference morning), this could be the result of the first round, on Sunday:

Renaissance, Macron's party, and his coalition of presidential majority parties, Together, could have 28% of the vote, in the first round.

The New Popular, Ecological and Social Union (NUPES), a coalition led by La France Insumisa (LFI, populist extreme left), led by Jean-Luc Mélenchon, could have 25%. The PS is "eclipsed" and partially "invisible" in NUPES.

Agrupación Nacional (far right), Marine Le Pen's party, could have 18%, followed by Los Republicanos (LR, traditional right) with 11%, and Reconquista (far right) with 6%. Six other small groups of diverse leftists, extreme leftists, independent environmentalists, others oscillate between 1 and 3% of voting intentions, in the first round.

Only candidates who exceed 50% of the votes in any of the 577 constituencies will be able to pass to the second round; or the three best placed candidates. This “screening” and a predictably historic abstention of 46 to 48% can be positive for Macron, relatively positive for Mélenchon and negative for Le Pen.

According to the 'Les Echos' poll, Macron and his allies could achieve an absolute majority of 290 to 330 deputies; Mélenchon could get an exceptional entrance with 160 to 190 deputies, with a very low PS; Le Pen would make a historic entry into the National Assembly with 20 or 30 deputies; and the traditional right could go backwards but still have between 50 and 70 deputies.

In the first round, on Sunday, Macron and the traditional right will benefit from the "massive" motive of the middle and wealthy classes. Mélenchon hopes to get all the protest votes (extreme left, socialist, environmentalist and youth from the suburbs). Le Pen will continue to count on the traditional working-class popular vote.

Before the second round, on Sunday the 19th, Macron hopes to benefit from the legitimist vote of all moderate families, from the traditional right to Europeanist socialism hostile to Mélenchon. Le Pen could be a victim of abstention, of his clashes with the extreme right-wing ultra, and of his scant national implantation. Mélenchon hopes to benefit from the relatively national implantation of his coalition, from the young rupturist vote to the vote of the left that is reluctant to European economic policies.

1 Due to knee issues, Pope cancels Congo-South Sudan... 2 Asylum seekers make UK legal bid for Rwandan deportations... 3 Bucha residents fight for their homes during wartime... 4 The 'chemsex', video games and social networks... 5 They arrest in La Puebla de Almoradiel a person in... 6 On trial the macho crime of Santa Úrsula: he strangled... 7 Two years in prison for former directors of the Catalan... 8 The Bank of Spain cuts its GDP forecast to 4.1% and... 9 Strike over wages leads to the arrest of dozens of... 10 Russian suspect pleads for the acquittal in Dutch... 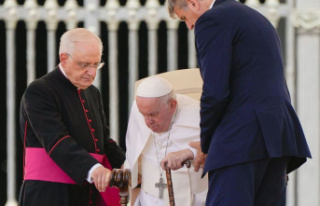