The Bank of Spain cuts its GDP forecast to 4.1% and does not rule out that growth will be even lower

The Bank of Spain has taken two months to revise downwards the growth forecast for the Spanish economy of 4. 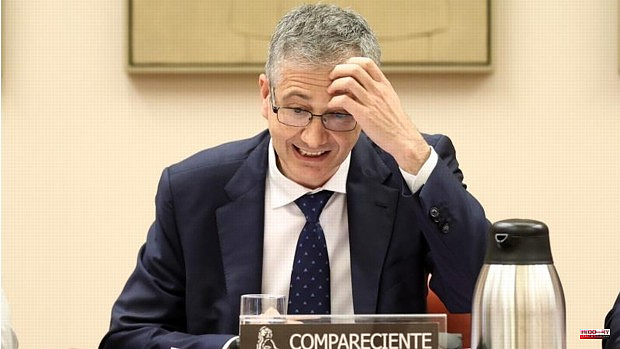 The Bank of Spain has taken two months to revise downwards the growth forecast for the Spanish economy of 4.5% that it formulated just two months ago for 2022. During this time, the INE has revealed that the performance of the Spanish economy was weak in the first quarter, with growth of barely 0.3%, and the inflationary context has worsened and has cast a shadow over the projections on its future evolution. With these elements in hand, the institution has decided to cut its growth forecast for 2022 to 4.1%, it has also revised growth for next year downwards and has warned that the 2022 data could still be lower.

Otherwise, the forecast today is 4.1%, but the probability that this figure will be revised downwards again in the coming months is high. That's the way things are.

This is so because, far from dissipating the risks that the institution already pointed out in April, they are not only still there but in some cases have worsened. There is still no sign that the conflict in Ukraine can subside or move towards a less damaging context for the economy, the normalization of monetary policy threatens to speed up in a context in which inflation does not stop giving up, prices not only have not started to moderate but everything points to inflation levels remaining very high for a few more quarters, bottlenecks in supply chains continue and to top it off, the evolution of the pandemic continues to be a macroeconomic risk, due to the management of the Covid that is being carried out in China and that is affecting freight traffic.

And this table does not exhaust the map of risks that threaten the Spanish economy. The Bank of Spain admits that if the political conflict between Algeria and Spain leads to supply problems, and given that Spain receives 30% of the gas it consumes from Algeria, the impact of this geopolitical problem on growth and inflation would be appreciable.

The general diagnosis of the institution has not changed. Inflation continues to emerge as the main problem for economic growth. The institution's new forecasts soften its average inflation forecast for 2022 to around 7%, but raise the forecast for next year, in line with what more and more analysis institutes assume: that inflation is going to keep e levels high for a few more months.

1 Strike over wages leads to the arrest of dozens of... 2 Russian suspect pleads for the acquittal in Dutch... 3 Israeli settlers are at risk of losing West Bank special... 4 Scholz of Germany urges Serbia and Kosovo to engage... 5 Natalia Lacunza: «There are sexists who ask for forgiveness... 6 New studies confirm Pedro Cavadas' thesis on... 7 A look into the metaverse, the virtual environment... 8 Zimbabwe's fears of rising prices are reflected... 9 South African President confronted by Parliament for... 10 La Gomera postulates to be a space shuttle 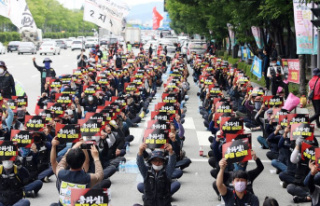 Strike over wages leads to the arrest of dozens of...