The Barcelona Court sentenced former directors of the Catalan Water Agency (ACA), a public company of the Generalitat, to two years in prison for revealing and using confidential information. 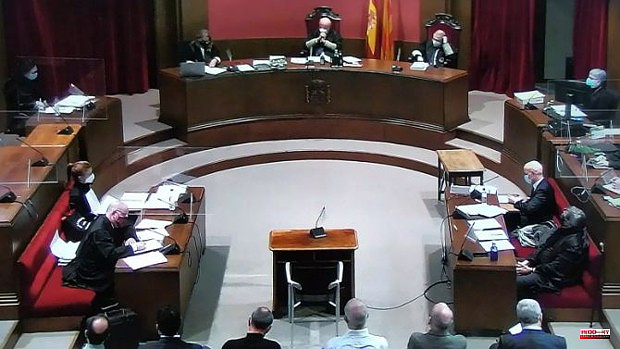 The Barcelona Court sentenced former directors of the Catalan Water Agency (ACA), a public company of the Generalitat, to two years in prison for revealing and using confidential information. In addition, it imposes between four and eight years of disqualification from exercising employment or public office for a crime of prevarication. In its ruling, Section 8 indicates that the entity carried out a fraudulent contract, with the use of privileged information that benefited a third party.

The substance of the matter was about whether the contracting of a temporary union of companies (UTE) to carry out work to adapt a European directive for the improvement of water quality had been irregular. The sentence concludes that yes because it did not guarantee the principles of publicity and free competition, as indicated by the regulations on public contracts.

The ruling condemns the defendants for prevarication and disclosure and use of privileged information, while it acquits them of the crime of embezzlement, considering that the damage to the ACA due to this fraudulent contracting has not been proven.

Thus, the Court imposes two years in prison on Manuel Hernández, director of the Agency between 2007 and 2008, as the author of a crime of disclosure of reserved information, and on Josep B.T; Joan Lluís Quer -former president of Infrastructures of the Generalitat at the time of Artur Mas; Jordi Demostenes Molist; Antoni Munné and Gabriel Borràs, as inducers of it. Also between four and eight years of disqualification for employment or public office to them, for the crime of prevarication.

It was the Anti-Corruption Prosecutor's Office that filed a complaint against the former directors of the ACA for alleged prevarication and embezzlement of public funds in the irregular award of contracts worth 7.6 million euros.

As Justice now considers proven, the irregularities were committed between 2007 and 2008, although the trial was not held until the beginning of this year. In their statement, the defendants assured that the awards for a consultation on the river basin in Catalonia and 38 specific works to the UTE were correct.

1 The Bank of Spain cuts its GDP forecast to 4.1% and... 2 Strike over wages leads to the arrest of dozens of... 3 Russian suspect pleads for the acquittal in Dutch... 4 Israeli settlers are at risk of losing West Bank special... 5 Scholz of Germany urges Serbia and Kosovo to engage... 6 Natalia Lacunza: «There are sexists who ask for forgiveness... 7 New studies confirm Pedro Cavadas' thesis on... 8 A look into the metaverse, the virtual environment... 9 Zimbabwe's fears of rising prices are reflected... 10 South African President confronted by Parliament for... 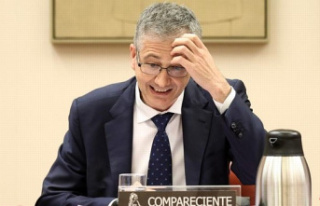