Masiá presents his candidacy for the Moto3 title 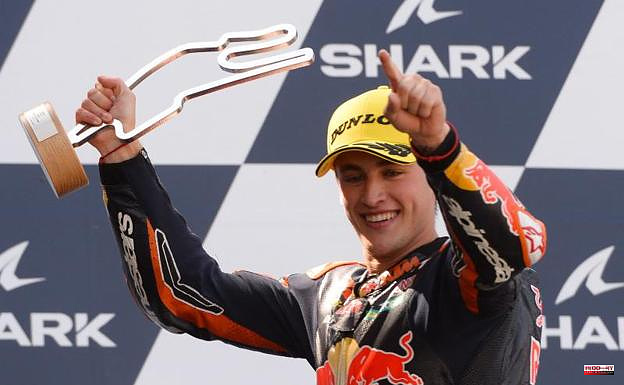 Definitely, Moto3 has undergone a good change from 2021 to 2022. The riders seem to have understood how to compete and that allows us to see some hard-fought races, among the fastest and with clean and spectacular finishes, which is what we are seeing this season . In France, the test began with a threat of rain that became a reality and caused a carousel of falls, including that of the two best Spaniards in the general classification, Sergio García, the leader, and Izan Guevara, the third. The chaos was such that Race Management decided to raise the red flag and restart everything at 14 laps, reincorporating all those who had the bike ready. A new opportunity.

In the second part it was difficult for the group to break up, always with the strongest in front alternating in the lead, always with Jaume Masiá in the leading positions. With six laps to go there were still twelve pilots left; with two to go was when it broke, after Garcia made a mistake and cut the peloton in two. Two laps with a five-way fight between Masiá, Ayumu Sasaki, Dennis Foggia, the author of the pole, Tatsuki Suzuki and Izan Guevara, which was decided in the final lap. "It's amazing, I don't know how I did it. I'm having so much fun. Maybe I'm not the fastest, but I can manage things very well. I feel very strong », explained Masiá after marveling, as he had already done in Austin, with his maneuvers. First by passing the then first, Foggia, in turn 3; at the end after returning Sasaki's definitive attack, which had happened to him in race 12 and who was overtaken by the Spanish in race 13, in the penultimate race at Le Mans. A brilliant victory that places him second overall, 17 points behind García, who could only be seventh. The podium was completed by Sasaki and Guevara, who is still in the fight for the general classification after signing his second consecutive drawer.

1 The Metropolitano celebrates the Champions League... 2 Barça seeks to close the second place in Getafe 3 Cádiz is playing for survival against the champion's... 4 Toledo turns upside down with the pilgrimage of the... 5 Unai Laso reacts in time and unseats the champion... 6 Salah and Van Dijk, injured in the FA Cup final 7 Liverpool double two weeks from Paris 8 Bagnaia returns to teach his teaching in one lap 9 'Juanpe' López, belly up leader of a Giro... 10 Guruzeta keeps Amorebieta's dream alive 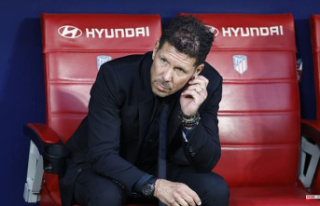 The Metropolitano celebrates the Champions League...