Cádiz is playing for survival against the champion's plan B

Afternoon of enormous contrasts this Sunday at Nuevo Mirandilla. 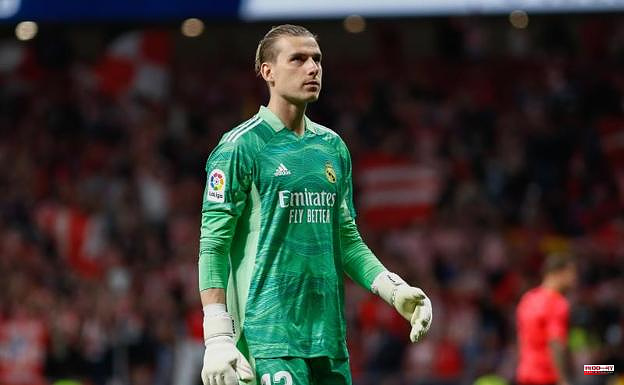 Afternoon of enormous contrasts this Sunday at Nuevo Mirandilla. Survival is at stake for Cádiz, which could be saved mathematically but also go into relegation with a day to go if it gives in to the champion and Mallorca beats Rayo at home, and Real Madrid follows its alternative break plan with the focus in the Champions League final against Liverpool on May 28 in Paris.

While Sergio González, the local coach, only thinks about his players giving their best, recovering from the heavy defeat suffered on Thursday in San Sebastián and imposing their needs on the rival's higher quality, Carlo Ancelotti allows himself the luxury of doing without Karim Benzema, Vinicius and Courtois, in addition to Luka Modric's suspension due to suspension. Similar low-profile script to that of the Wanda Metropolitano, where a decimated Real Madrid lost days before endorsing Levante a blank set and sealing the relegation of the Granotas.

The Italian coach recovers after a short break Carvajal and Asensio, also Ceballos, back after the muscle injury he suffered against City, and, above all, the Belgian Hazard returns earlier than expected after the surgical intervention he underwent submitted on March 29 to remove a titanium plate placed in the right fibula in November 2019. The youth squad Mario Gila remains in the call and striker Juan Miguel Latasa enters as a novelty.

The situation of the Belgian, who will continue next season in white, marked the previous one from the Real Madrid point of view. "We haven't talked about it, but the plan is clear: he stays and he does it with motivation because he hasn't had a good time in recent years and he wants to show his level. He is still here to demonstrate his quality », Ancelotti surprised. After returning to training on Tuesday and with a contract in force until June 2024, Hazard will fulfill his double objective of having minutes before the end of the season and of being summoned by his coach, Roberto Martínez, for the Béliga matches against the Netherlands, Poland and Wales in the June window.

Carletto did not want to confirm if Hazard will be a starter or a substitute in Cádiz, but he did advance that he will have his chance. Looking to the future, it is more difficult to talk about the ownership of the Belgian, to whom he pointed out Rodrygo's mirror to motivate him. «There are many games, there is fatigue and there will be rotations, although this year there have not been many. Everyone can have their chances. Being a starter in a great team is very difficult for everyone, not just for the players who play less”, he explained.

«I still think that the quantity of the minutes is not as important as the quality. This year we have the clear example of Rodrygo, who has not played many minutes but has played quality and making a difference", Carletto stressed. The Italian, in addition, declared himself surprised by the level and performance shown in this campaign by the aforementioned Rodrygo, Valverde and the young Camavinga, whom he did not know.

Hazard, 31, will thus be able to star in his great return to the Bernabéu on the last day of the League, on Sunday June 22 against Betis. And he will be an important reinforcement for Ancelotti with a view to the Champions League final. Coming from Chelsea in 2019 in exchange for 115 million euros, Hazard has missed 74 games in three seasons at Real Madrid. This campaign, he has a goal and two assists in 22 games in all competitions. But in a final, his help, even for a few minutes, can be decisive.

1 Toledo turns upside down with the pilgrimage of the... 2 Unai Laso reacts in time and unseats the champion... 3 Salah and Van Dijk, injured in the FA Cup final 4 Liverpool double two weeks from Paris 5 Bagnaia returns to teach his teaching in one lap 6 'Juanpe' López, belly up leader of a Giro... 7 Guruzeta keeps Amorebieta's dream alive 8 Bastianini wins again, Aleix another podium 9 The Heat and the Warriors are already finalists 10 Vollering repeats victory and makes clear in Mallabia... 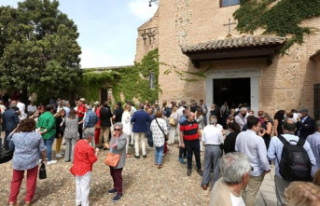 Toledo turns upside down with the pilgrimage of the...