Barça seeks to close the second place in Getafe

At the Coliseum Alfonso Pérez, Barça has the chance to finish once and for all with the goal of second place. 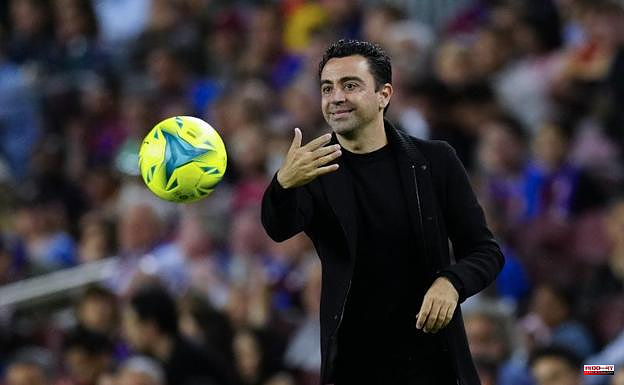 At the Coliseum Alfonso Pérez, Barça has the chance to finish once and for all with the goal of second place. The team led by Xavi faces Getafe in the first of the two games he has in the remainder of the League and in which he only needs to get a single point. A draw or a victory would end the agony of the culé this season and would kick off a frenetic summer in the transfer market.

“They need a point to save the category, so it will be a difficult game. We must have better feelings than against Celta. We have one point left to be second, but we will go out to win and for the three points », assured Xavi in ​​the press conference prior to his team's match against Getafe. The Tarrasa coach is aware of how close the goal is and does not want any kind of relaxation in a trap duel against a rival in need.

To certify second place, Xavi will have to find solutions to the plague of casualties that the Catalans have for this day. Ronald Araujo, who already trained normally yesterday, will be on a squad list in which Piqué, Sergiño Dest, Sergi Roberto, Nico and Pedri will be absent due to injury, while Jordi Alba, Eric García and Frenkie de Jong will be suspended due to suspension . With this scenario, Xavi will bet on an eleven full of novelties in which Mingueza and Lenglet would start from the beginning and in which the main unknown is whether the Catalan coach will repeat the drawing used in the week-to-week session with Ferran Torres, Aubameyang, Memphis and Dembélé or if he will give Riqui Puig the opportunity in midfield along with Busquets and Gavi.

It will not be an easy game for Barcelona. The rival that the Catalans have in front of them is a team that is risking its life in the two remaining days and that has it in its power not to get into a mess. Quique Sánchez Flores' men depend on themselves, they need a point to save the category, and they will come out with a knife between their teeth so as not to travel to Martínez Valero on the last day with the possibility of relegation. For this, the azulones will be able to count on all their footballers with the exception of the sanctioned Stefan Mitrovic, the injured Jaime Mata and Erick Cabaco, separated for disciplinary reasons.

1 Cádiz is playing for survival against the champion's... 2 Toledo turns upside down with the pilgrimage of the... 3 Unai Laso reacts in time and unseats the champion... 4 Salah and Van Dijk, injured in the FA Cup final 5 Liverpool double two weeks from Paris 6 Bagnaia returns to teach his teaching in one lap 7 'Juanpe' López, belly up leader of a Giro... 8 Guruzeta keeps Amorebieta's dream alive 9 Bastianini wins again, Aleix another podium 10 The Heat and the Warriors are already finalists 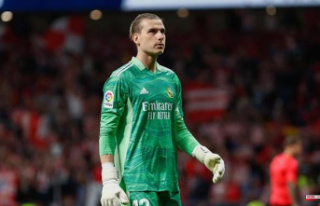 Cádiz is playing for survival against the champion's...