London: State act for Queen: The king gives her the last escort

The world is looking to London this Monday afternoon: Emperors, kings and presidents have gathered in Westminster Abbey to bid farewell to Queen Elizabeth II together with the Royal Family. 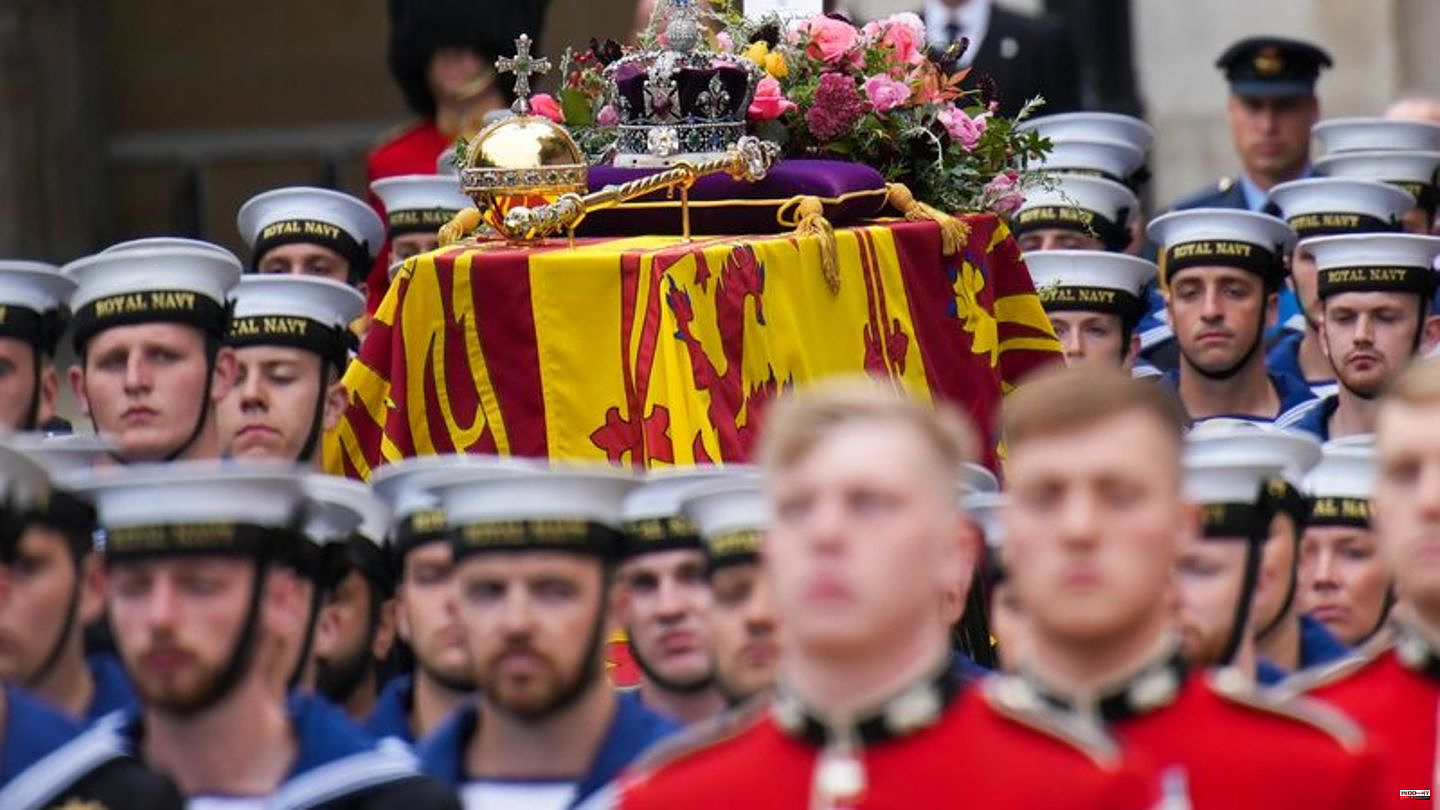 The world is looking to London this Monday afternoon: Emperors, kings and presidents have gathered in Westminster Abbey to bid farewell to Queen Elizabeth II together with the Royal Family. The state funeral is not only an event of the century for Great Britain.

King Charles III entered behind the decorated coffin. (73) punctually at 12.00 (CEST) the church. Princess Anne, Prince Andrew and Prince Edward and the Queen's grandchildren Prince William and Prince Harry were also part of the funeral procession.

Previously, the church bell had rung once a minute for 96 minutes. This was to commemorate every year of the life of the queen who died a week and a half ago.

Biden, Macron and Steinmeier among the guests

Among the guests were US President Joe Biden, French President Emmanuel Macron, Federal President Frank-Walter Steinmeier and the Japanese Emperor Naruhito with their respective partners. The ex-Prime Ministers who are still alive and the incumbent British Prime Minister Liz Truss also attended the ceremony.

Swedish King Carl Gustaf and Queen Silvia and Spanish King Felipe and Queen Letizia paid their respects at the coffin.

And also on the streets the sympathy was enormous. There are no more spaces along the route on which the Queen's coffin will soon be guided from Westminster Abbey to Wellington Arch, City Hall said on Monday. "There is no entry for newcomers."

After the service, the coffin is taken to Windsor Castle. There will be a family burial that evening. Hundreds of people flocked there by noon.

The coffin had been laid out near the Abbey in Westminster Hall since Wednesday. Since then, many thousands of people had queued up in the kilometer-long queue and waited many hours to pay their respects.

The state funeral is also an enormous challenge for the authorities: the police, secret services and anti-terrorist units are coordinating what is probably the largest security operation the city has ever experienced. Meanwhile, the country is standing still - schools and universities as well as shops and pubs are closed almost everywhere.

The event also had a massive impact on the travel plans of numerous people. More than 100 flights were canceled at London's important Heathrow airport. The entry lanes lead via central London or Windsor Castle, where the Queen's funeral is planned for the evening. The airport said they wanted to make sure there was silence during the ceremony.

For those unable to travel to London or Windsor on Monday, the funeral service will be broadcast in 125 cinemas and many churches across the country. Screens were also set up in public places. In Northern Ireland, for example, the event is to be shown in parks and public buildings.

In a statement on Sunday evening, the king was "deeply touched" by the many messages of sympathy. The 73-year-old thanked the "countless people who have been such a support and comfort to my family and me during this time of grief". The Queen died on September 8th at the age of 96.

The BBC quoted a foreign diplomat as saying: "This is the funeral of the century." Federal President Frank-Walter Steinmeier also spoke of an "event of the century". "People were used to gathering behind this queen for over 70 years, and now everyone feels that something is missing, and that's not just missing in Great Britain and London, but it's missing worldwide," said Steinmeier on ZDF-"heute journal". 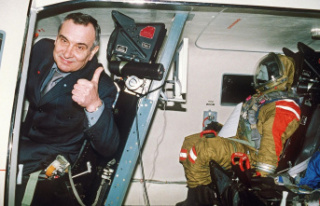 At the age of 80: world record holder in space: cosmonaut...