Start-up with big plans: Nikola Motor wants to replace the diesel truck and declares war on Tesla and Co

Next Monday (September 19) is an "important milestone for Nikola Motor," says Michael Lohscheller, President of Nikola Motor in an interview with stern. 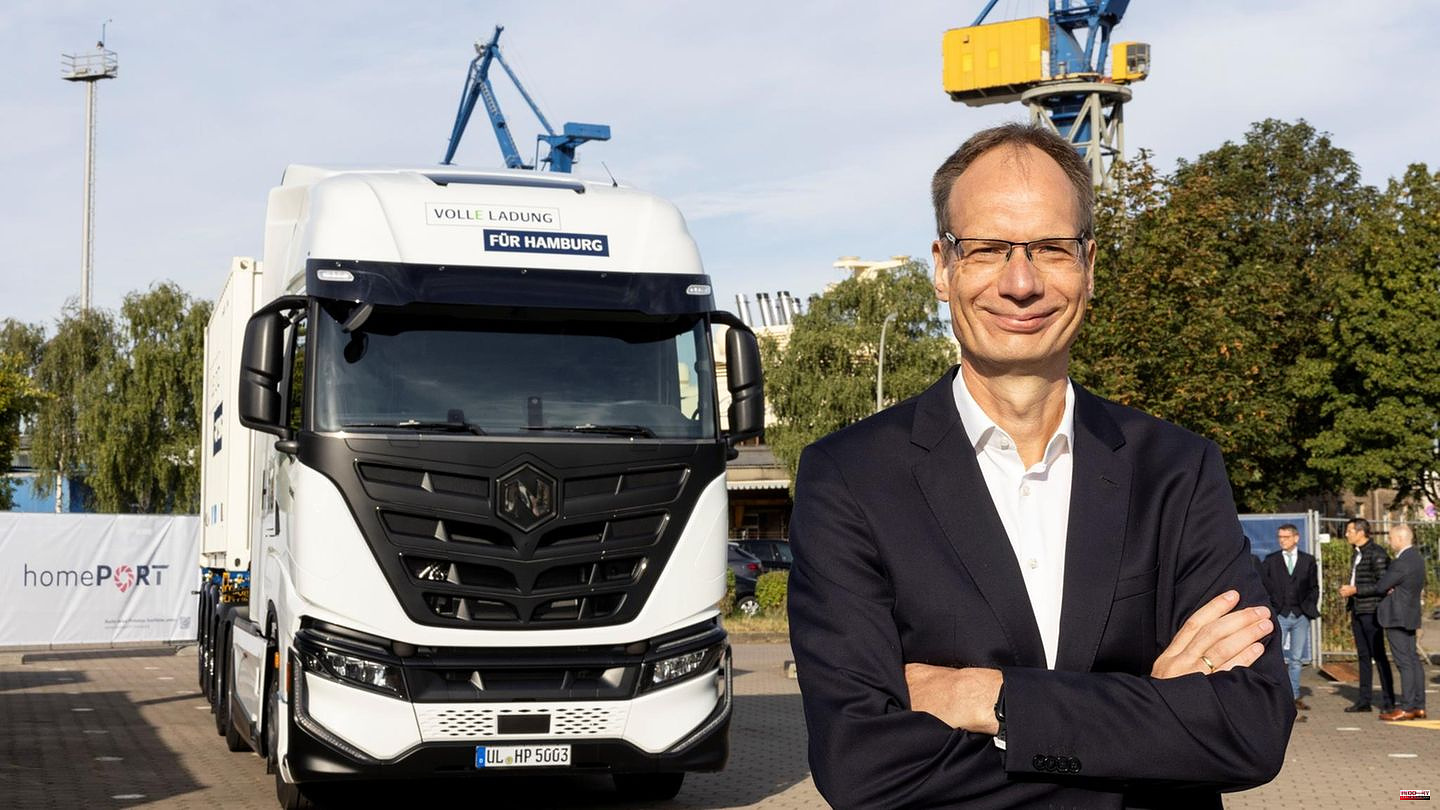 Next Monday (September 19) is an "important milestone for Nikola Motor," says Michael Lohscheller, President of Nikola Motor in an interview with stern. Because the US truck manufacturer will be presenting a beta version of its truck with a built-in hydrogen fuel cell for the first time – with technology from Bosch. According to the manufacturer, the vehicle has a range of around 800 kilometers. The hydrogen tank should be able to be completely filled up in 20 minutes. That's a few minutes less than the charging time of a modern e-car at the fast-charging station. In Lohscheller's words: "This is high-tech at its best." Dubbed the Tre FCEV, the vehicle is Nikola's first truck with hydrogen fuel cell technology and Nikola's second vehicle ever. It is scheduled to be launched in the second half of 2023.

It all started with the Tre BEV, which, as its name suggests, is a purely electric truck. It has nine batteries, 645 hp and, according to the manufacturer, accelerates from 0 to 100 km/h in 11 seconds when fully loaded. With one charge, the vehicle should be able to drive 560 kilometers. So Nikola is already "on two legs". The special feature: There are no longer any buttons in the interior but a large touchscreen. In addition, the driver's cab with a height of 2.15 meters should offer the occupants enough space.

The number of electric trucks built has so far been manageable; in the second quarter of 2022, 50 units rolled off the assembly line at the Coolidge (Arizona) plant, one of Nikola's two production sites. However, Lohscheller makes it clear: "We have sufficient production capacities." Production is now ramping up. The production figures were gradually increased from one unit per day at the beginning to two and now also to three units per day. The US truck manufacturer can therefore build 20,000 vehicles a year in Coolidge. At the German location in Ulm, which originates from a joint venture with the vehicle manufacturer Iveco, 2000 vehicles can be produced per year, with this number being expandable to 10,000 units.

The electric truck is now also coming to Europe. Lohscheller handed over the first three vehicles in Hamburg on Wednesday. The trucks will be used in a two-phase test run in the Port of Hamburg. After a three-month test phase, they are to be fully integrated into port operations next year. In total, up to 25 units are to be transferred to the port's forwarding agents as part of an agreement that has been reached.

‌Industry expert Stefan Bratzel said with regard to fuel cell technology: a quick ramp-up is not feasible. Because hydrogen filling stations have been rare so far. Lohscheller is also certain: "There will not be a hydrogen filling station everywhere immediately. But that will be the case on certain routes that are always used." The Nikola President is quite relaxed about the challenge. Because his company would like to produce hydrogen itself and sell it in cooperation with business partners. In California, Nikola wants to set up three locations for hydrogen stations. Such locations are also planned in Europe. Finally, in the commercial vehicle segment, Lohscheller also believes in a common future for pure electric motors and fuel cells.

Will hydrogen vehicles actually be able to establish themselves? In any case, Lohscheller has no doubts about that. "A lot is happening. Many companies want to invest in hydrogen. It has to happen, otherwise the hydrogen truck will not be successful," he says. The US brewery and group of companies Anheuser-Busch, for example, have already signed a letter of intent for the purchase of 800 vehicles.

In fact, trucks are now faced with what cars have gradually achieved: the classic drives with combustion engines are being replaced by climate-friendly drives. With the eActros, Daimler has been mass-producing an electric truck since October 2021. According to the manufacturer, this has a range of up to 400 kilometers. Daimler has also been testing trucks with fuel cells. Test fleets are scheduled to hit the market in the middle of the decade, before the fuel cell truck is set to go into series production in the second half of the decade. The Korean vehicle manufacturer Hyundai also delivered the first hydrogen-powered trucks to German customers at the beginning of August. According to the manufacturer, the vehicles of the "Xcient Fuel Cell" type have a maximum range of 400 kilometers and have seven hydrogen tanks. Depending on the ambient temperature, they need 8 to 20 minutes to fill up the tank.

The US electric car manufacturer Tesla has announced an electric truck with the Semi Truck. Tesla boss Elon Musk recently wrote on Twitter that his company would like to deliver the electric truck with a specified range of around 800 kilometers by the end of 2022. It's not the first announcement of this kind, however, as earlier reports indicated that production was expected to begin next year. Tesla had previously announced the truck presented in 2017 for 2019.

Last June, the VW subsidiary Scania presented an electric truck for national long-distance transport with a maximum range of 320 kilometers. Production is scheduled to start in the fourth quarter of 2023. MAN, also a VW subsidiary, is also planning to electrify trucks. From 2024, heavy-duty trucks with electric drives are to be mass-produced at the main plant in Munich. In addition, MAN is developing a fuel cell truck in cooperation with Bosch, Faurecia and ZF, which is to be delivered to five customers in mid-2024. These will then test the trucks in real use for a year.

This is exactly where Nikola's "only chance" lies, says Michael Lohscheller. In contrast to competing companies, the comparatively small company with 1100 employees already has an electric truck on the market and will soon be launching a model with a hydrogen fuel cell. Nikola looks ahead with confidence - and wants to leave his dark past behind. Allegations of fraud were raised against the former Nikola boss Trevor Milton some time ago after he presented a prototype for a truck that could not actually drive at all. Instead, it rolled down a mountain. Milton resigned in September 2020. Nikola has apparently found a goal-oriented successor for him in Lohscheller. The ex-Opel boss joined the company last February and will be promoted to CEO on January 1st. He promises: "If we say things, we'll do them." After the Tre FCEV, the big brother Tre FCEV with a range of around 1450 kilometers is to come onto the market in 2024.

1 Driving report: Range Rover P 510e: luxury Stromer 2 Mai Think X: HomeopaTea instead of homeopathy: Mai... 3 Light therapy: How a daylight lamp is supposed to... 4 Children of William and Kate: They attend their great-grandmother's... 5 Queen Elizabeth II: A century of life: The palace... 6 Kitchen Gadget: Splatter Guards for Pans: How to Prevent... 7 Sleeping drink: Moon Milk: How the trend drink is... 8 Naturally warm: Sheepskin in the stroller: advantages,... 9 Walking in the Dark: Stroller Lights: How to Increase... 10 Archeology: "Like on the set of an Indiana Jones... 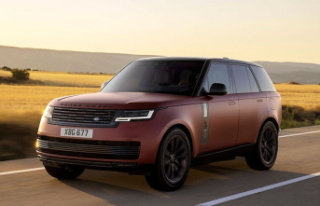