[LIVE] 85th day of war in Ukraine: here are all the latest developments

The war continues for an 85th day in Ukraine as Russia says 1,730 Ukrainian soldiers who were entrenched at the Azovstal site have surrendered since Monday. 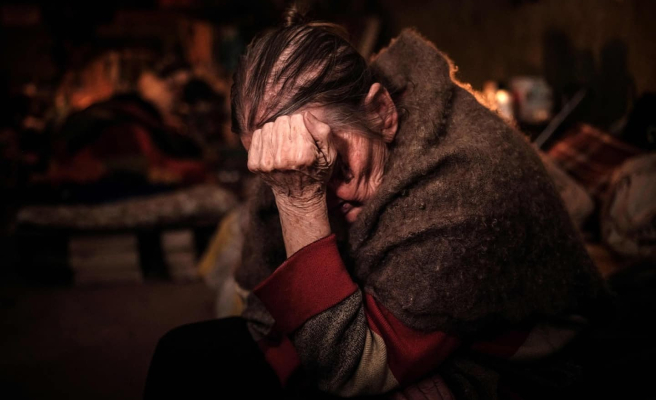 The war continues for an 85th day in Ukraine as Russia says 1,730 Ukrainian soldiers who were entrenched at the Azovstal site have surrendered since Monday.

Even if the increase in grocery prices reached nearly 10% in April while wages rose by a meager 3.3%, our troubles are far from over.

WAR NOTEBOOK | The fallout from the capture of Azovstal

The Kremlin wants to make the most of the surrender of Ukrainian forces in the Azovstal complex in Mariupol for propaganda purposes. The Russians are already preparing a visit by foreign journalists there.

6:13 am | Russian soldier on trial for war crime 'ask forgiveness'

The first Russian soldier tried for war crimes in Ukraine since the start of the Russian invasion "ask forgiveness" on Thursday from the widow of the Ukrainian civilian killed, noted an AFP journalist during the hearing in a court in Kyiv .

Russia announced on Thursday the expulsion of five Portuguese diplomats in retaliation for that of 10 Russian diplomats decided in the wake of the Russian offensive in Ukraine, the day after similar announcements concerning dozens of French, Italian and Spanish diplomats.

5:47 | Mariupolis 2: life under the bombs in Ukraine shown at Cannes

Emotion in Cannes with Mariupolis 2, screened Thursday, the latest film by Lithuanian Mantas Kvedaravičius, killed at the end of March in Ukraine, while trying to leave the city-martyrdom besieged by the Russians from where he was documenting the war.

Russia wants to cut off Ukraine from its Zaporizhia nuclear power plant, the largest in Europe, occupied by the Russian army, unless Kyiv pays Moscow for the electricity produced, said Deputy Prime Minister Marat Khousnullin.

5:20 am | 1730 Ukrainian soldiers from Azovstal have surrendered since Monday

German Chancellor Olaf Scholz said on Thursday that he was not in favor of giving Ukraine a “short cut” to membership of the European Union (EU) which he said would not is "not a matter of a few months or a few years".

5:03 am | The great fundraisers of the G7 at the bedside of Ukraine

3h37 | “The world is collapsing”, around 60 million displaced people in the world

A bombardment in a village in southwestern Russia, located on the border with Ukraine, in the Kursk region, left one dead and injured, the governor of this region said on Thursday.

1 Dismantled a gang of "full police" who stole... 2 They authorize the human trial of the therapy against... 3 Amber Heard and Johnny Depp trial: Lance Bass causes... 4 Heat wave: a record 38 consecutive days of temperatures... 5 The BNG asks in Congress about the cost of the "vacation"... 6 Museo de Santa Cruz, Vivo rejects the possible return... 7 Rueda unveils his 'praetorian guard' after... 8 The CIS consolidates the 'Feijóo effect'... 9 Turkey's veto disrupts plans for an 'express'... 10 NIU Houses, the houses that revolutionize the sustainable... 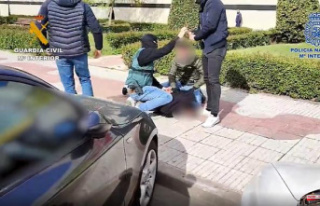 Dismantled a gang of "full police" who stole...