La Gomera postulates to be a space shuttle

The Cabildo de La Gomera has celebrated the results of the pilot test to determine the possibility of developing space and aeronautical initiatives in the island territory, as a base for aerospace balloons and a satellite launch platform. 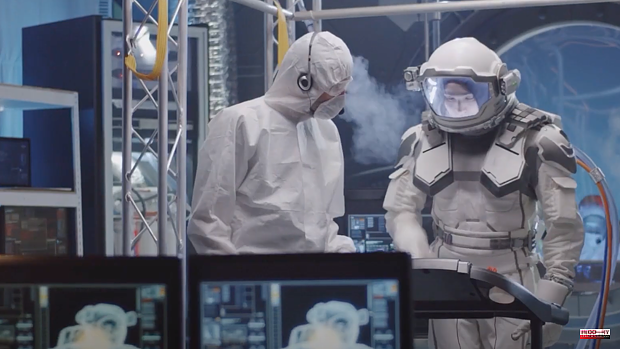 The Cabildo de La Gomera has celebrated the results of the pilot test to determine the possibility of developing space and aeronautical initiatives in the island territory, as a base for aerospace balloons and a satellite launch platform.

This is a project promoted by Proexca, the University of Las Palmas de Gran Canaria, the international company B2Space and the Aerospace and Aeronautical Cluster, which after the preliminary tests carried out last week has good prospects. The launch in nearby waters with the launch of a helium stratospheric balloon made it possible to verify the possibility of creating an oceanic platform in the south of the island, from which satellites weighing up to 100 kilograms could be launched.

The president of La Gomera, Casimiro Curbelo, pointed out that although this industry has an insignificant presence in the economic fabric of the Canary Islands, "it is a good opportunity to open the island to aerospace technology, as proposed by the public company Proexca."

In this sense, he highlighted the suitability of this project to promote the internationalization of the economy based on the fiscal singularities that the islands have and the development of companies linked to this sector.

In addition to the platform for launching satellites, La Gomera could be established as a space for actions with drones, firefighting and other services in the field of research. In this way, he announced the predisposition of the insular institution to cooperate in the planned measures and lay the foundations for these proposals, which will result in economic diversification.

Proexca's Project Manager, Jerónimo Falcón, emphasized the opportunity that is opening up for the island to be a benchmark in this matter, since in the field of satellite launch territories, which would be added to the only one in the European Union in the French Guiana. Thus, he explained that with the technology applied to these space delivery systems "it would be totally respectful of the environment and would mark a milestone, since the strategic location of the Canary Islands and its proximity to Africa opens a window for the development of programs with countries of that continent.

In addition, he highlighted the possibilities of the Canary Islands to attract investments of this type, within the framework of a sector that invoices 14,000 million euros a year in Spain. "The pandemic has taught us that we cannot depend only on tourism, and we seek to diversify into sectors with high potential and that have sustainability at their base," he said.

1 The European Union requests dialogue with Algeria... 2 Bastidas: «Prevarication, omission of the crime and... 3 Isabel Díaz Ayuso enters the campaign in Valencia... 4 Ukraine quagmire may force Putin to adopt the policy... 5 Officials say that the wildfires in southern Spain... 6 China protests US arms sales to Taiwan 7 Iran arrests 13 over Tehran bank heist, state media... 8 Schedule and where to watch the F1 Azerbaijan Grand... 9 Queen Letizia debuts a 'low cost' look with... 10 Sudan anti-coup group meets with generals for first... 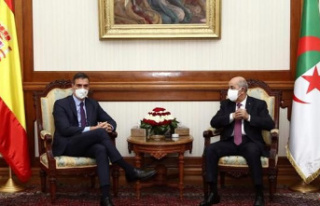