Ukraine's Defense Ministry estimates that it has killed or wounded nearly 30,000 enemy soldiers since the invasion of Ukraine began on February 24 (Russia says it has lost just 1,500 soldiers). 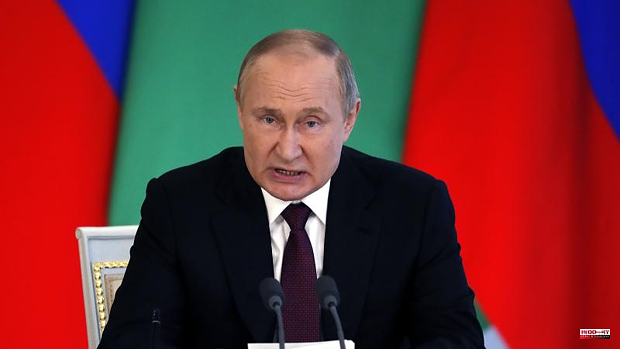 Ukraine's Defense Ministry estimates that it has killed or wounded nearly 30,000 enemy soldiers since the invasion of Ukraine began on February 24 (Russia says it has lost just 1,500 soldiers). While casualty estimates vary by source and are difficult to verify, the Ukraine data is consistent with numerous reports that the Russian military suffers from manpower shortages, particularly at the infantry level.

Yet despite this shortfall in available front-line fighters, Kremlin leaders have chosen to change their military tactics rather than take the politically risky step of announcing a general mobilization.

An independent opinion poll published by the Levada Center on May 18 showed that 74% of Russians "personally support the actions of the Russian armed forces in Ukraine."

However, the tacit approval of the Kremlin's international aggression does not necessarily translate into a willingness among ordinary Russians to put on a uniform.

Greg Yudin, professor of political philosophy at the Moscow School of Economic and Social Sciences, indicates that the Kremlin is well aware of this superficiality in public support. "A serious mobilization would, of course, require the participation of groups within society that do not have a clear motivation to go and fight in Ukraine," he says. "That's why the Kremlin prefers to keep things in a kind of gray area where there is fighting, but not an official declaration of war or a massive call for reserves."

Instead of demanding that all of Russian society equally share the burdens of the Kremlin's self-styled "special military operation," Russian leaders have tried to alleviate their military manpower shortage without taking steps that could destabilize the internal political balance.

Even in the early stages of the invasion, Russian forces relied on Donbass militias, Chechen battalions, national guard troops, and even riot police to fulfill on-the-ground duties normally reserved for regular infantrymen. Yet even as these surrogate forces have been exhausted, Russia's internal mobilization efforts have focused exclusively on those elements of Russian society least likely to resist being sent to fight in Ukraine.

This less-than-full mobilization of the country's resources may limit the scope of offensive operations available to the Russian military, but analysts in Moscow remain confident that a war of attrition waged primarily by contract soldiers still favors the Russian side.

After suffering heavy casualties in the first weeks of its invasion, Russia has begun saving the lives of its soldiers by adopting tactics that rely more on artillery assault than block-by-block urban warfare.

If the decisions of the Kremlin leaders up to this point in the conflict are any indication, Vladimir Putin has more confidence in the ability of his manpower-strapped army to achieve victory in a war of attrition than in the will of the Russian society to play a direct role in that struggle.

1 Officials say that the wildfires in southern Spain... 2 China protests US arms sales to Taiwan 3 Iran arrests 13 over Tehran bank heist, state media... 4 Schedule and where to watch the F1 Azerbaijan Grand... 5 Queen Letizia debuts a 'low cost' look with... 6 Sudan anti-coup group meets with generals for first... 7 Two Valencia employees are prosecuted for neglecting... 8 The King and 700 schoolchildren from Castilla y León... 9 The Court of Auditors maintains the procedure against... 10 The PP of Alicante describes as "barbarous"... 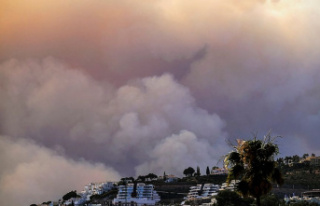 Officials say that the wildfires in southern Spain...