Bastidas: «Prevarication, omission of the crime and abandonment of minors is not enough for Puig to dismiss Oltra»

The deputy spokesperson for the Popular Parliamentary Group and deputy secretary for social policy of the PP, Elena Bastidas, has lamented that "prevarication, omission of the crime and abandonment of minors is not enough for Puig to react and dismiss Oltra". 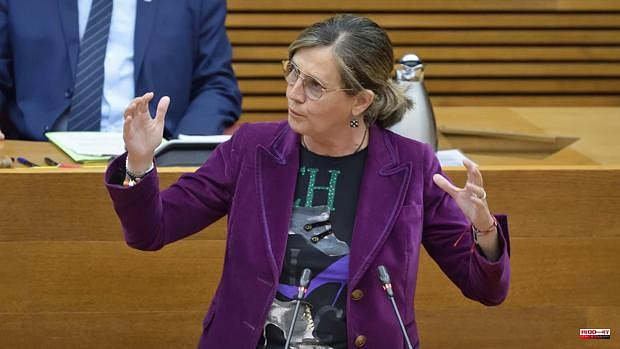 The deputy spokesperson for the Popular Parliamentary Group and deputy secretary for social policy of the PP, Elena Bastidas, has lamented that "prevarication, omission of the crime and abandonment of minors is not enough for Puig to react and dismiss Oltra"

These are the crimes that, after learning of the prosecution's brief, are attributed to Oltra and the rest of the defendants from the Ministry. Thus, Bastidas has assured that "it is embarrassing to read that a plan was hatched to discredit a minor after denouncing the abuse, because the abuser is the ex-husband of Vice President Oltra."

Bastidas has urged President Puig "not to let us continue to be national news due to the disastrous and committed action of his vice president for personal interests, putting his political career ahead of denouncing the case of child abuse

. He must look after the interests of the Valencians before protecting her vice president to save the Consell from her ».

«No one believes Vice President Oltra anymore and, what is worse, you can no longer trust her management at the forefront of the social policies of the Valencian Community. She is exhausted, discredited and in a dead end ».

Bastidas has affirmed that «Oltra has been lying repeatedly to all Valencians, both in parliament and in all his public interventions. We have known many versions, but in none of them was it intended to protect the minor. On the contrary, her only goal has always been to cover up the case to save her career and stay in office ».

The deputy spokeswoman for the GPP has declared that “we are facing the biggest scandal in recent years and no political responsibility has been assumed. We Valencians do not deserve to be talked about because of this case and to be ashamed of everything that we are learning more about this case every day.

1 Isabel Díaz Ayuso enters the campaign in Valencia... 2 Ukraine quagmire may force Putin to adopt the policy... 3 Officials say that the wildfires in southern Spain... 4 China protests US arms sales to Taiwan 5 Iran arrests 13 over Tehran bank heist, state media... 6 Schedule and where to watch the F1 Azerbaijan Grand... 7 Queen Letizia debuts a 'low cost' look with... 8 Sudan anti-coup group meets with generals for first... 9 Two Valencia employees are prosecuted for neglecting... 10 The King and 700 schoolchildren from Castilla y León... 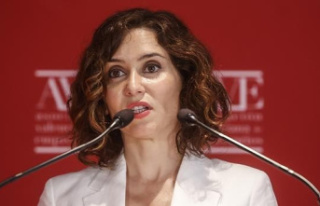