CAIRO -- Sudan's most prominent pro-democracy organization met with the country’s generals for a first time since the military coup last year, the U. 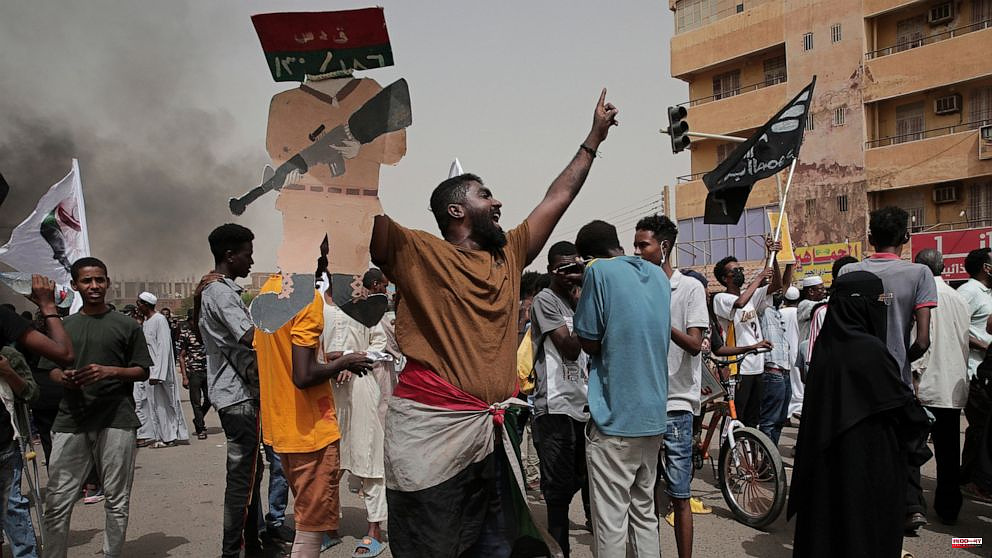 CAIRO -- Sudan's most prominent pro-democracy organization met with the country’s generals for a first time since the military coup last year, the U.S Embassy reported Friday. This could be a significant breakthrough in efforts to get the East African nation on the right track towards democratic transition.

Late Thursday, Khartoum was host to the meeting. It saw representatives of the ruling military council and the Forces for the Declaration of Freedom and Change, an alliance of protest groups and political parties.

According to the statement, talks were focused on the resolution of the political impasse. They were mediated by the U.S. Embassy in Sudan and the Saudi Embassy.

The same pro-democracy group that took control of the military in October has refused to meet with them at the negotiating table. They insist on first transferring power to a civilian government, returning to the barracks and ending violence against protesters.

According to a FDFC statement, the pro-democratic alliance claimed that it was invited by U.S. Assistant Secretary Mary Catherine Phee as well as Saudi Ambassador Ali bin Hassan Jaafar for a meeting with the generals.

"We are keen for two of the most powerful countries in the region to remain supportive of Sudanese people, and the pro-democracy force," stated an alliance statement. It was referring to Saudi Arabian and American.

"The other party admitted that there is a crisis in politics and they are ready to solve it," stated Taha Othman (pro-democracy leader), who spoke out to refer to the military.

Othman added, "They affirmed that it was their sincere will to end this coup."

According to the group, it agreed to create a roadmap with other civil groups. This would include steps to reverse the coup. At a press conference on Friday, leaders of the alliance said that this blueprint would be given to the international community.

The military has not yet commented.

The Forces for the Declaration of Freedom and Change previously boycotted the military-civilian discussions that began earlier this week under the auspices of the U.N., the African Union and the eight-nation East African regional Intergovernmental Authority in Development group. It had criticised the participation of pro-military and Islamist groups that had been allied to the long-serving dictator Omar al-Bashir.

After nearly three decades of oppression and isolation, a popular uprising forced the military to expel al-Bashir in April 2019. The military and pro-democracy organizations eventually signed a power-sharing deal that established a joint military-civilian government to govern until general elections. The military takeover of Oct. 25 proved to be a major blow to democratic transition in the country and plunged it into chaos.

"We didn't go to these talks in order to establish a new partnership. Yasir Aman, a member of the pro-democracy alliance, said that they went to end any partnership.

He said, "We believe that this is an opportunity for us to end the coup" and assure a safe exit for both military personnel and civilians towards democracy and justice.

1 Two Valencia employees are prosecuted for neglecting... 2 The King and 700 schoolchildren from Castilla y León... 3 The Court of Auditors maintains the procedure against... 4 The PP of Alicante describes as "barbarous"... 5 Watchdog says Afghan Taliban detaining, torturing... 6 Inflation does not loosen in the US: prices rise 8.6%... 7 Hungary is accused of discrimination in relation to... 8 Malaysia accepts the elimination of mandatory death... 9 The PP asks Iceta to explain if the rugged 'selfie'... 10 The IVAM Alcoi investigates the meanings of the contemporary... 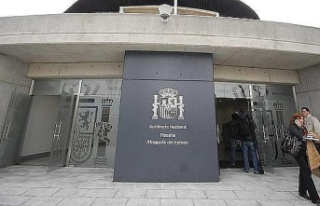