Isabel Díaz Ayuso enters the campaign in Valencia after criticism from Ximo Puig: "Socialism comes out"

«Valencians and people from Madrid have the same vocation, as the anthem of this land says: offer new glories to Spain. 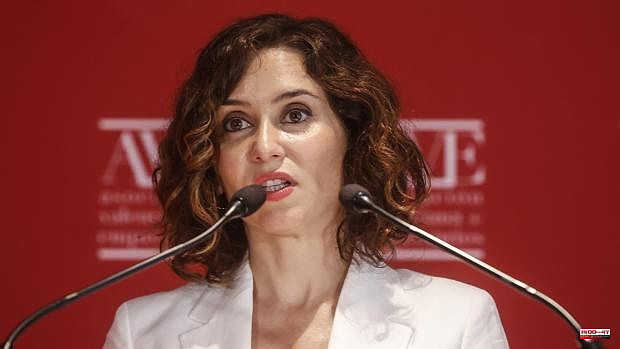 «Valencians and people from Madrid have the same vocation, as the anthem of this land says: offer new glories to Spain. And if you allow me some advice, do as in Andalusia: you get out of socialism ». Thus, alluding to the regional elections next year, he closed his speech before the representatives of the Valencian Association of Entrepreneurs (AVE), the president of the Community of Madrid, Isabel Díaz Ayuso.

In a meeting held this Friday in Valencia, the leader of the PP has recommended the Government of Ximo Puig to follow "the same path" as his, "reducing the tax bill, relieving the pockets of all taxpayers and encouraging the middle classes , to families, to young people, to the self-employed, to prosper, to take risks, to undertake and feel that this is worth it, because there is no authoritarianism on the part of the Administration».

“When they talk about this intended tax harmonization, what they tell us is that taxes must be raised in the Community of Madrid. The only thing that can lead to this is more underground economy, expelling a lot of assets and companies that will not go to other corners of Spain and much less to socialist regions with the same economic policies, but to other territories of the world where significant tax cuts are currently being applied », added Ayuso in a clear dart directed at the socialist leader.

In recent months, the Valencian president has become the standard-bearer in the fight against "fiscal dumping" in Madrid -which his counterpart describes as "a bad student excuse"- and has advocated decentralizing the headquarters of the institutions so that they do not are all concentrated in the capital of Spain. «Decapitalizing Madrid is not only senseless, but unnecessary. It is not going to help citizens settle in other places in the national territory," Ayuso replied, without referring to Puig.

In this sense, he has insisted that "dismembering investments and institutions" and "always looking for grievances against the capital" is justifying "the lack of creative, encouraging and exciting policies."

«The province of Valencia accounts for 50% of the GDP of the population and of the companies in the region. Would a tax on the citizens of this city benefit those of Alicante, Elche or Castellón in any way? Would moving the Valencian Courts, public television or the headquarters of the different government ministries benefit someone who lives outside the Valencian capital? Let me doubt it," he questioned.

The also leader of the Madrid PP has confirmed that she has received an invitation from the Generalitat to participate in the different activities that have been scheduled in the city to promote relations between the two territories. Although she does not know if she will be able to be there, she has promised that a member of her Executive will attend.

"The best known and recognized policy of the moment", as defined by the president of AVE, Vicente Boluda, also referred during his speech to the announcement by the President of the Government, Pedro Sánchez, about the location outside of Madrid of the Spanish Space Agency. A decision that he considers "opaque, hasty and with a clear sectarian component."

Asked by journalists about the possible imputation of the Valencian vice president Mónica Oltra for the management she made of her ex-husband's abuse of a minor under guardianship, Ayuso stressed that it seems "good" that the Generalitat ask for respect for judicial decisions. “What is also clear to me is that the double standards of the left are unspeakable. I believe that if she is finally charged, it is recommended that she resign, and not only for reasons of not affecting the image of the Government, but also for consistency. I asked other politicians of the Popular Party for the same thing: Paco Camps, Rita Barberá... I think it has to be applied to it », she added.

Regarding the investigation of the European Prosecutor's Office into the covid contracts of the Community of Madrid during the pandemic, the president of the region has stated that "there is a war between prosecutors", because Anticorruption in Spain "has said that this complaint, which part of Podemos, it makes no sense, it has no foundations, there is no data to continue with it, and that is why it will not prosper ».

1 Ukraine quagmire may force Putin to adopt the policy... 2 Officials say that the wildfires in southern Spain... 3 China protests US arms sales to Taiwan 4 Iran arrests 13 over Tehran bank heist, state media... 5 Schedule and where to watch the F1 Azerbaijan Grand... 6 Queen Letizia debuts a 'low cost' look with... 7 Sudan anti-coup group meets with generals for first... 8 Two Valencia employees are prosecuted for neglecting... 9 The King and 700 schoolchildren from Castilla y León... 10 The Court of Auditors maintains the procedure against... 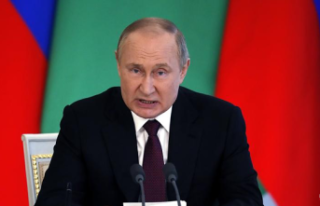 Ukraine quagmire may force Putin to adopt the policy...