Jack Ryan in the Canary Islands: they are not shots, it is cinema

Various enclaves in the municipality of San Bartolomé de Tirajana (Gran Canaria) are serving as the setting for the filming of the fourth season of the popular Amazon Prime series, 'Jack Ryan', starring the American actor John Krasinski, whose role plays an analyst of the CIA. 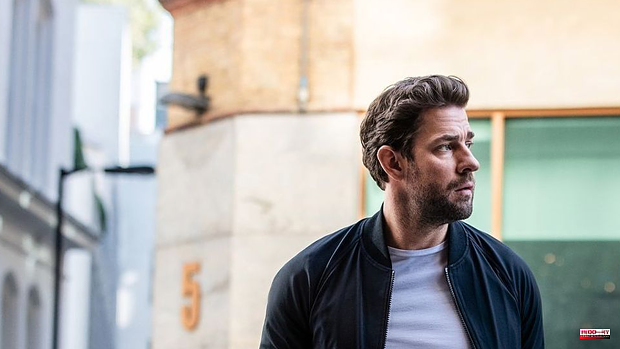 Various enclaves in the municipality of San Bartolomé de Tirajana (Gran Canaria) are serving as the setting for the filming of the fourth season of the popular Amazon Prime series, 'Jack Ryan', starring the American actor John Krasinski, whose role plays an analyst of the CIA.

The filming has already been felt in the south of the island, where residents have been warned of "small explosions and shots", which will be part of the recording. In an informative statement, the City Council has put the residents of the area on notice, that they will have for approximately 45 days, a large film crew will be mobilized in Castillo del Romeral and Meloneras.

Specifically, and in order for the population to have all the information, the detonations will be both during the day and at night, and until May 25 as part of the action carried out by the police series.

Among the chosen locations are also Los Jardines de la Marquesa, in Arucas, and La Aldea de San Nicolás, both on the beach, the Rubén Díaz park, on the pier and in El Charco.

The mayor of San Bartolomé de Tirajana, Conchi Narváez, has indicated that in this way, the municipality "will again project its image internationally as a set for large audiovisual productions", since it is described as "one of the great shoots of the year that will have to the archipelago as a natural setting».

The series is the brainchild of writer Carlton Cuse and Graham Roland, along with Michael Bay's Platinum Dunes, Skydance Media and Paramount TV. It airs on Amazon Prime Video and is directed by Patricia Riggen, with collaborations from Morten Tyldum and Daniel Sackheim, as well as writers Carlton Cuse, Graham Roland and Daria Polatin based on the characters by writer Tom Clancy.

The series could end with this fourth season, putting an end to Ryan's plot, in charge of investigating the murder of a friend of the president of the United States and a businessman linked to the Colombian cartel. Caught between two fires, Ryan finds himself embroiled in a career and a life continually on the line. In the second season, this character, who has already been played by actors such as Harrison Ford, Ben Affleck, Alec Baldwin or Chris Pine, moves between drug cartels and Venezuelan mafia bosses.

1 Women managers represent 16.8% of the total and earn... 2 The Toledo College of Physicians congratulates Dr.... 3 Blanco expresses his "commitment" to present... 4 Albacete will have the first energy community in Castilla-La... 5 This is how the Valencia Metro network looks after... 6 Fire Prevention Week arrives in Toledo with free activities... 7 Jasikevicius: "We will have to know how to react... 8 The new director of the National Museum of Sculpture... 9 Pablo Laso and the title of 2018: "I believe... 10 The Circuit de Barcelona-Catalunya presents its new... 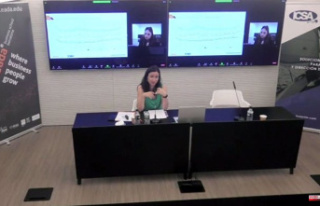 Women managers represent 16.8% of the total and earn...