Jasikevicius: "We will have to know how to react against Madrid" 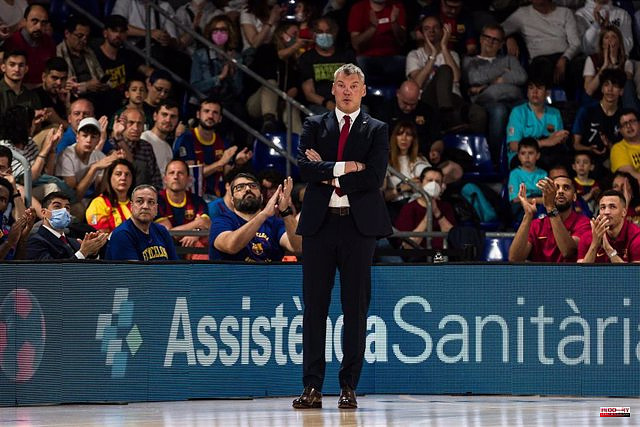 Barça's coach, Sarunas Jasikevicius, reiterated that in Thursday's Euroleague Final Four semifinal against Real Madrid they must match the "hunger" of the white team, which they have beaten in their last duels, and "know how to react " before what can happen in this European Classic.

"We hope to start well, but the match lasts 40 minutes. We will have to know how to react, it is a bit like a Cup match, in a different pavilion," said the Blaugrana coach at a press conference from the Stark Arena in Belgrade (Serbia), venue for this Final Four.

He also asked his players to know how to be ready to face any scenario. "We have to be ready for the challenge, we can't be less hungry for having beaten Madrid a couple of times, it's another game in a different situation," he said.

For the Lithuanian coach, this game is special "from any angle you can look at it." "A Clásico between Barça and Madrid is a great game, and even more so if it's a semifinal of the Euroleague Final Four. But it doesn't matter if it's a Clásico, both teams are here to achieve the goal of reaching the final. I hope we'll be ready for it", he encouraged his people.

At the moment, in the Regular Phase, the two duels fell on the Blaugrana side (68-86 and 93-80). "I don't think you can forget what happened, you have to learn from it. But as soon as the ball is thrown up, you're 0-0 and it's a new game. We have to take into account what we did well and what we didn't, but it's a new story", qualified 'Saras'.

"In these games there are many ups and downs, normally, and you have to know how to endure the bad moments and go for more in the good ones. It's a new game, a new story, and you have to be very strong mentally for the 40 minutes", he concluded in this sense.

1 The new director of the National Museum of Sculpture... 2 Pablo Laso and the title of 2018: "I believe... 3 The Circuit de Barcelona-Catalunya presents its new... 4 Another injury at Liverpool: Joe Gómez accompanies... 5 The legendary Laia Palau announces her retirement 6 Actual costs 2022: a surprise to pay less tax! For... 7 What is John Klingberg up to? 8 War in Ukraine: Zelensky invites German Chancellor... 9 Ukraine: Russian soldier tried for war crimes pleads... 10 Russia accuses Ukraine of 'total unwillingness'... 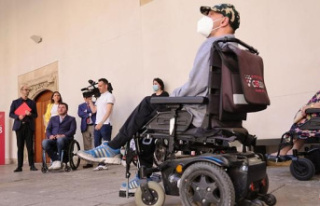 The new director of the National Museum of Sculpture...