The new director of the National Museum of Sculpture, Alejandro Nuevo, has promised to develop "an active policy of attracting audiences" and promote a cultural offer "diversified and adapted to all audiences" so that the museum center "is for everyone and for all". 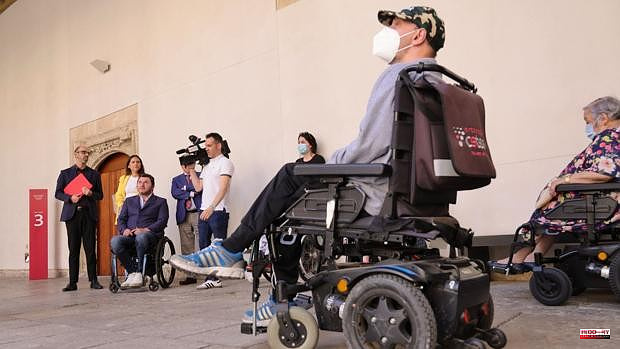 The new director of the National Museum of Sculpture, Alejandro Nuevo, has promised to develop "an active policy of attracting audiences" and promote a cultural offer "diversified and adapted to all audiences" so that the museum center "is for everyone and for all". Nuevo has advanced some of the "brushstrokes" on the project he has in mind for the state museum during a free inclusive visit organized together with the Representative Platform of People with Physical Disabilities of Castilla y León (Predif) held on the occasion of the International Day of the Museums and which has been the first public act of the new director three days after taking office.

There, he explained that he has "several fundamental lines" on which he wants to work, among which he has also mentioned making "an interpretive museum" so that citizens not only know the works of the museum itself but also "take it to learn about the ways of life of the men and women who populated those centuries in which the museum's historical collection was created, ranging from the 13th to the 19th century».

Likewise, he has pointed out that his intention is to make "a museum of all for all" and to think for this "both in the public that regularly go to the museum and those who have not done so and see how to attract them".

He has also indicated that other lines of work that will nourish the master plan that he wants to draw up together with the museum team is to promote research work: «The museum must be seen as a manager of knowledge and as a space that manages and creates content”, he has meant, for which he believes that an effort should be made to “explain all the potential that we have both in our library and in the archive”.

The new director, who since 2017 has been linked to the General Subdirectorate of State Museums performing various tasks, working among other tasks to promote the accessibility of these spaces, has recalled that the Ministry of Culture and Sports has been working with Predif since 2015, with the challenge of ensure that museums develop their social function in a correct way, adapted to the needs of the third sector. "It is essential to put yourself in the place of the other to develop our actions correctly in the field of museums", he pointed out before accompanying a dozen people with physical disabilities in the inclusive visit, in which Emilio Álvarez, sub-delegate, also participated of the Government in Valladolid, and Francisco J. Sardón, president of Predif Castilla y León, an entity that has been advising the Ministry since 2014 with the 'Art and culture for all' project.

In this regard, Alejandro Nuevo recalled that the National Museum of Sculpture, taking advantage of the remodeling of the Colegio de San Gregorio that concluded in 2009, carried out important actions in terms of accessibility, which have allowed it to be the National Museum that complies with a higher percentage ( 86.02 percent) of the indicators established by Ibermuseos in its accessibility report, a reality that, as stated, "makes them proud, motivates and encourages them to advance in this matter".

Regarding the situation that the state museums are going through due to the lack of personnel in the templates, he has indicated that after the agreement signed last Friday "we hope that in the coming months it can be resolved" and has detailed that in this framework, the National Museum of Sculpture «was not the one with the worst situation».

1 Pablo Laso and the title of 2018: "I believe... 2 The Circuit de Barcelona-Catalunya presents its new... 3 Another injury at Liverpool: Joe Gómez accompanies... 4 The legendary Laia Palau announces her retirement 5 Actual costs 2022: a surprise to pay less tax! For... 6 What is John Klingberg up to? 7 War in Ukraine: Zelensky invites German Chancellor... 8 Ukraine: Russian soldier tried for war crimes pleads... 9 Russia accuses Ukraine of 'total unwillingness'... 10 The boom of discontinuous landlines, under the inspection... 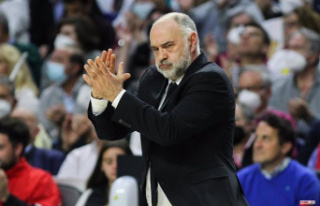