The Circuit de Barcelona-Catalunya presents its new and iconic podium 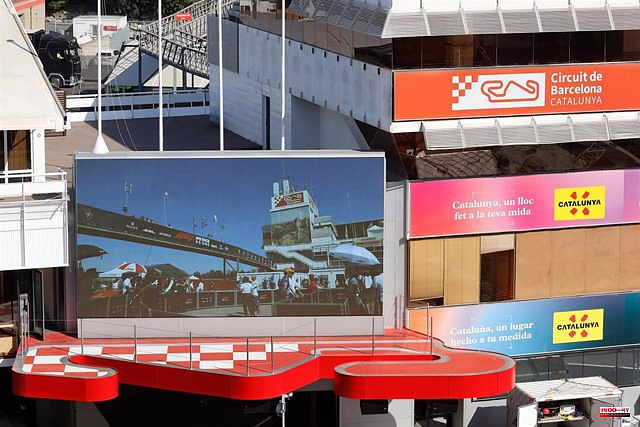 The Circuit de Barcelona-Catalunya will debut several of its improvements and novelties at the Spanish Formula 1 Grand Prix this weekend, such as the new grand podium in tune with the most modern tracks in the World Championship.

The structure of the podium is based on the Catalan track itself and has a large 45m2 screen, which the drivers will access from the pit lane via new stairs.

The design of the podium, which remains faithful to the characteristic red of the Circuit de Barcelona-Catalunya, stands as a new symbol of the Circuit, just as the Main Grandstand or the scoreboard were in their day.

On the other hand, the race direction room has also been modernized. Now, there are more screens that dress the space so as not to lose detail of the activity on the track and always maintain the safety of the pilots.

There is also a new signaling system using illuminated panels along the track and a track limit control system.

In the pit building, all the doors on the façade of the new paddock have also been changed, these being mechanized and wider; as well as the toilets located in the towers have been completely renovated.

In the paddock, a new drainage system and new telecommunications installations are inaugurated, in addition to a second hydrocarbon separator, always keeping in mind the care of the environment.

The track also has changes, as the pit lane fence has been replaced, providing a safer space for teams, officials and participants who are usually there. The turn 4 run-off has been widened and, as every year, more common improvements have been carried out.

Among them, maintenance tasks of the layout such as the renovation of curbs, the renovation of the first line of protection with tire barriers, which have been covered with a 'conveyor belt' to prevent their dispersion in the event of a collision, as well as the elimination of the 'astro turf' from practically all areas.

1 Another injury at Liverpool: Joe Gómez accompanies... 2 The legendary Laia Palau announces her retirement 3 Actual costs 2022: a surprise to pay less tax! For... 4 What is John Klingberg up to? 5 War in Ukraine: Zelensky invites German Chancellor... 6 Ukraine: Russian soldier tried for war crimes pleads... 7 Russia accuses Ukraine of 'total unwillingness'... 8 The boom of discontinuous landlines, under the inspection... 9 The first Russian military tried in kyiv for war crimes... 10 War in Ukraine: Russia expels French, Spanish and... 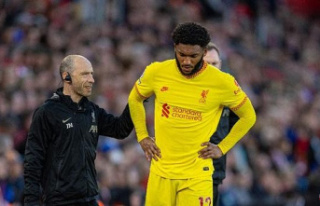