Government discards breakwaters that could save Albufereta coast from "ecological catastrophe"

The Ministry for the Ecological Transition and the Demographic Challenge has ruled out the new protection jetties that can save the Albufereta de Alicante from an "ecological catastrophe" due to a discharge of sewage into the Mediterranean, as warned by the neighborhood platform that has collected more than a thousand signatures on the Internet to take urgent action. 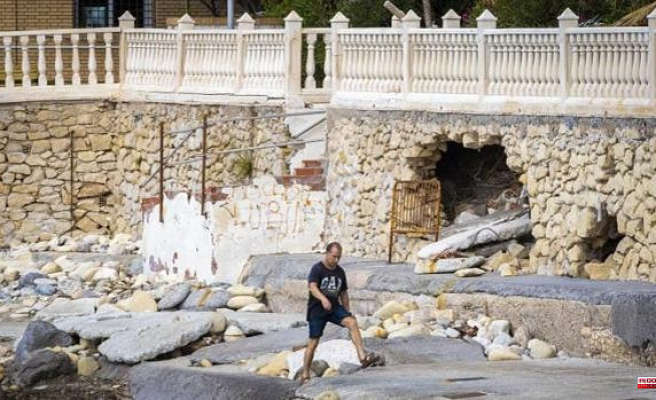 The Ministry for the Ecological Transition and the Demographic Challenge has ruled out the new protection jetties that can save the Albufereta de Alicante from an "ecological catastrophe" due to a discharge of sewage into the Mediterranean, as warned by the neighborhood platform that has collected more than a thousand signatures on the Internet to take urgent action.

The City Council has reported that the Provincial Coastal Service - dependent on the Ministry - has decided to deny the authorization requested for this project, despite the fact that the coastline has been in a situation of risk for a couple of years after the landslides and destruction caused by storm Gloria.

From the neighborhood platform SOS Albufereta, which has more than 1,300 signatures in a support campaign on change.org

, Rafael Pinilla has demanded that the Ministry make public the content of a report carried out more than a year ago, in which several alternative technical measures are proposed, because they are convinced that it is being kept secret because it proves them right.

The neighborhood spokesman appeals to comply with the Transparency Law to learn about these possible solutions and stresses that those affected make up a non-partisan neighborhood movement: "We have achieved support from Compromís, PSPV and PP with militants and positions collaborating, in addition to unions , of the press and the media».

The risks have been dragging on since the beginning of 2020, due to storm Gloria, and in April of this year there have been storms and very high waves, "the wall about to fall, it seems from another era," warns the neighborhood spokesman. At the end of May, they protested again with a demonstration.

From Costas, positive ideas have been contributed that can help the objectives, collaboration between the administrations is needed and recourse to European Next Generation funds, Pinilla has valued. They are aware that there are things that cannot be done due to the demarcation of the coast, but a defense plan for the coastline against climate change is needed, open pedestrian walkways for public access to the beaches, “there are only a couple and people get lost » and are open to suggestions.

The City Council has approved repairs before the end of the year, such as the broken concrete platform used by maintenance vehicles (and for ambulances and firefighters). The station is without maintenance and in an emergency there would be a "catastrophic spill" for Alicante of wastewater.

However, the neighbors believe that the solution would be to remove the pumping station, since "that pipe should not be there, a few meters from the sea and with stones dragged by the waves."

Among other works for the coast, they demand an urban improvement project for the Albufereta beach environment in roads, sidewalks and with safety rails for pedestrians. Also, a "coherent integration of the Vía Verde Project that the Generalitat Valenciana is developing following the course of the old TRAM route".

"We ask for the support of all the residents of Alicante, tourists and visitors who appreciate our city and all those concerned about the quality of the waters of the Mediterranean Sea and the preservation of the environment," they underline.

1 This is how the Civil Guard caught the fugitive Miguel... 2 The Government does not confirm a meeting between... 3 Ecuador rejects Indigenous protesters' dialogue... 4 They force the mayor of Añover de Tajo to convene... 5 Aitana Mas assumes the vice presidency of the Generalitat... 6 Report closes on South African leader's corruption... 7 The Hunting Federation of Castilla y León offers... 8 La central de As Pontes is permanently erased 9 Reviewable permanent prison for a man who strangled... 10 Faes Farma is considering making a purchase to accelerate... 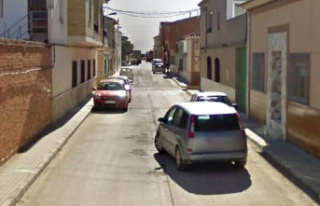 This is how the Civil Guard caught the fugitive Miguel...