During this day, the boilers of the As Pontes power plant burn the last remains of the 420,000 tons of coal that had arrived at the thermal plant in March from Indonesia. 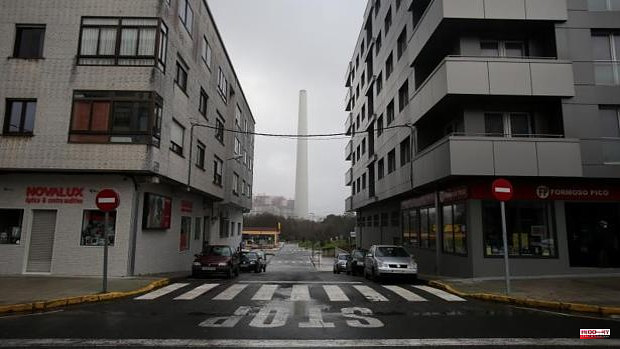 During this day, the boilers of the As Pontes power plant burn the last remains of the 420,000 tons of coal that had arrived at the thermal plant in March from Indonesia. Endesa does not intend to reactivate it and it will become unavailable while it waits for the Government to give its final approval to its closure. The closure had already been requested in 2019 and after more than two years of waiting it could come at any time. As Pontes is the only thermal power plant that maintained activity in Spain.

Formed by 4 groups with an installed capacity of 1,400 megawatts, in recent months only one of them has remained operational. But in order to continue producing, it would have to undergo maintenance work, the bill for which would range between 10 and 20 million euros.

An investment that Endesa is not going to undertake so that it will soon be granted the closure permit, which already has a positive environmental impact statement. In the first quarter of 2019, the company shut down the boilers as production costs skyrocketed. The high price that was paid then in the markets for being able to emit CO2 into the atmosphere, the main gas responsible for climate change, meant that the thermal production did not enter the energy auction. Although now the electricity has skyrocketed, As Pontes will not produce again.

From the unions they denounce that despite the fact that it is a long-awaited closure, "the projects that came to replace industrial activity are still on standby." The organization secretary of UGT FICA Endesa Galicia, Marcos Prieto, recalls that the promised wind farms are "blocked", the pumping station in the "rethinking" phase and the hydrogen generator and the biofuel plant "temporarily set aside". In the most optimistic assumption, Prieto indicates through a statement, "they would be operational in 2025." But the region needs them as soon as possible. A report by a group of economists from the Universidade da Coruña, led by the former president of the Xunta, González Laxe, warns that unemployment would rise by 285% if, after the closure of the plant, employment alternatives are not promoted. The closure of the thermal plant, the economists calculate, will mean the disappearance of 1,178 jobs in As Pontes (108 direct, 327 indirect and 743 induced).

Both the workers' representatives and Endesa itself ask the Government for agility to be able to undertake projects that mitigate the economic impact in some way. "This waiting situation is not ideal for the area, since the sooner the process is completed, the sooner the future of As Pontes and Galicia will be glimpsed," sources from the electricity company point out. They recall that they have already received authorization to be able to close the other plants in the rest of Spain and that "the faster the administrative procedures, the less uncertainty in the management of future opportunities" for the area. In the company they fear that the slow pace of the closure will prevent them from having access to important public aid that is coming in the heat of the Next Generation European funds. Europe demands that in 2026 the investments are materialized.

"The new projects should already be built or at least under construction," says the Secretary of Organization of UGT FICA Endesa Galicia. The trade unionist is very critical of the work of politicians and administrations. «There have been years of meetings, of pompous institutional declarations and of the most suggestive press headlines... but few actions, beyond turning off the thermal power plant group by group and displacing both the own staff and that of you subcontract them thousands of kilometers away, with good words, yes, but without any guarantee of return, or of the future”, he indicates. Prieto equates the closure of the plant in the Ferrolterra area to that suffered by the EU ban on the Astano public shipyard from building civilian ships. "The reality is that we are facing another naval reconversion, we have to emigrate again, again we leave empty land, abandoned industrial facilities," he underlines. Endesa sources recall that "the dismantling of the As Pontes plant will generate more employment than is supported by its partial and entirely provisional operation and will allow progress in future projects." In the midst of an unprecedented energy crisis, Endesa reactivated the plant last October and the ships loaded with coal once again arrived at the port of Ferrol. But the power company is convinced that the contribution of the As Pontes thermal plant to alleviating the situation of the global energy market in Spain is unfortunately very limited.

1 Reviewable permanent prison for a man who strangled... 2 Faes Farma is considering making a purchase to accelerate... 3 The judge sends the police officers kicking the door... 4 The Estival Cuenca will have 23 concerts and fifty... 5 The PP denounces that the Albacete hospital "has... 6 Igea, about the pact with the PP in 2019: "Yes,... 7 What is open and what is closed in Valencia on Friday,... 8 The escalation of violence in the protests in Ecuador... 9 Macron rejects a government of national unity and... 10 The opposition accuses Johnson of inaction to solve... 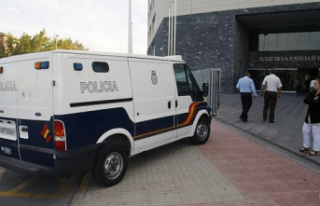 Reviewable permanent prison for a man who strangled...